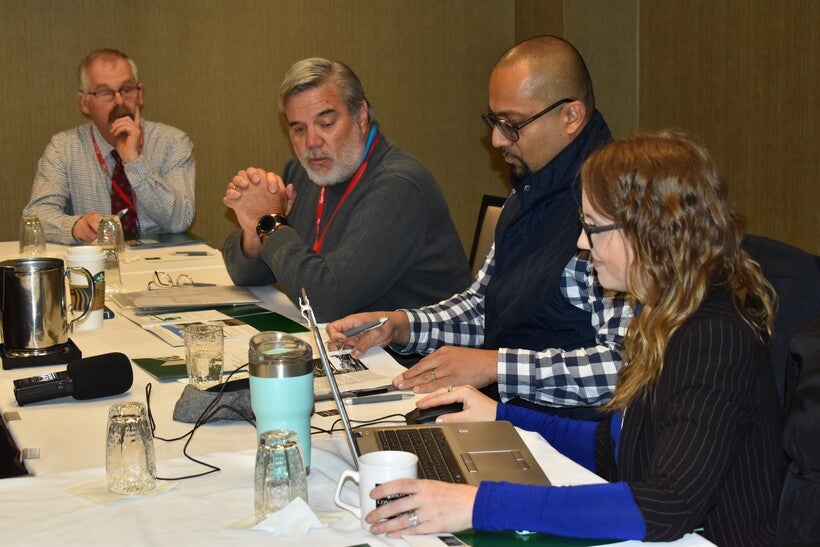 Northern Wisconsin communities are joining forces on a study of housing needs in Ashland and Bayfield counties. Northern leaders met with state housing officials during the 35th annual Superior Days in Madison to seek support for efforts to grow affordable housing in rural areas.

The city of Bayfield was recently awarded a roughly $84,000 grant from the state Department of Administration for a housing study of Ashland and Bayfield counties, which would likely begin April 1. The study is set for completion by January.

Bayfield Mayor Gordon Ringberg said there's a clear need for affordable workforce housing, especially for those working in the city's hotels and restaurants. He said Bayfield is losing rentals regularly to owners who would rather list properties for short-term rental.

"So, workers need to live outside of the city. They can't find a place in the city at all if they're going to work downtown," said Ringberg. "Normally, they're living in Ashland, which could be a 45-minute drive away."

Bayfield County Board member Jeff Silbert noted the region also has an aging population. According to state projections, more than half of the county's population is expected to be 55 and older by 2040.

Over the last nine months, local community leaders have been discussing some challenges facing the area. Sheldon Johnson, executive director of the Northwest Wisconsin Regional Planning Commission, said they often see nonresidents buying properties as they're looking to retire up north.

"Really what we're trying to identify is what are the housing needs currently present in the communities," Johnson said.

A survey of residents in Ashland and Bayfield counties will be conducted in the coming months to gather information for the study about the age of homes, mortgage costs, necessary home improvements and residents' desire to stay in place or seek other housing.

Ringberg said the goal of communities who are working together is to pursue a "scattered" housing development spanning multiple sites rather than one large project. Rural officials have said that developers are often wary of pursuing smaller developments where they may be unable to recover costs. He hopes the study will demonstrate the need.

"Perhaps it'll still bring a developer in because he can see a way to make money at it," Ringberg said.

"If a community comes in, it's only 20 units, so I like to see the fact that you're aggregating (communities) or finding developers," Altoro said.

Altoro said WHEDA is trying to shift the way it conducts business by working more closely with municipalities in addition to developers and property managers on housing projects.

He also highlighted amended legislation recently approved by the Assembly that WHEDA is supporting that would establish a pilot program and supplemental financing of $10 million for workforce housing in counties where more than 25 percent of residents reside in a rural area.

The independent authority has heard from participants of its statewide listening sessions that rising construction costs and limited interest from developers with smaller projects has hindered development in rural areas.

The Republican-backed proposal is making its way through the Legislature. If passed, WHEDA would move forward on at least three pilot sites, Kim Plache, WHEDA's deputy executive director, said.

"There will be an effort to make sure that everybody in the state is aware that there will be a competitive process for being selected as a pilot community," Plache said.

A companion bill is awaiting a public hearing and action in the Senate.