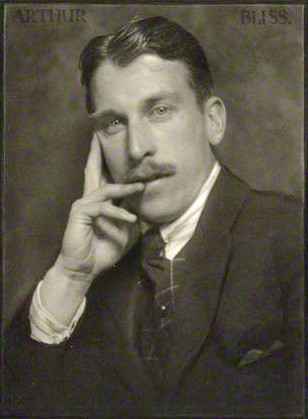 As World War II raged in Europe, English composer Arthur Bliss was director of music at the BBC. His family was in America and he was looking for a way to go to America so that he could arrange to bring them back to England.

An offer of assistance came from an unexpected source via a phone call from Lady Cunard, who wanted to meet with him regarding an urgent matter. Bliss had never met Lady Cunard and so he was as curious as he was hopeful. He went to see her that very day.

After some uneasy preliminaries, Lady Cunard got to the point. It seemed that England's celebrated conductor, Sir Thomas Beecham, was in America and had become, as she said, "emotionally involved."  It was important, she said, for him to return to England. Bliss knew nothing about Beecham's private life and had no interest in it. He began to wonder what Beecham's personal problems had to do with him.

Lady Cunard cut to the chase. Her plan was for Bliss to urge the Director-General of the BBC to invite Beecham to come to England and replace Bliss as the music director. In exchange, Lady Cunard would use her influence to assure that Bliss could get back to America to rejoin his family.

At first Bliss fought the impulse to laugh at the thought of the dapper, distinguished Beecham in the mundane position of running the BBC music staff. Then he got angry at the presumption that he would step down for the sake of getting Beecham out of a romantic entanglement. Controlling his temper, Bliss suggested that Lady Cunard take her plan straight to the Director-General. Their parting was less than cordial.

Arthur Bliss -- later Sir Arthur Bliss -- had hung onto his job and his professional pride, but at a cost. Two-and-a-half years would pass before he would see his family again.