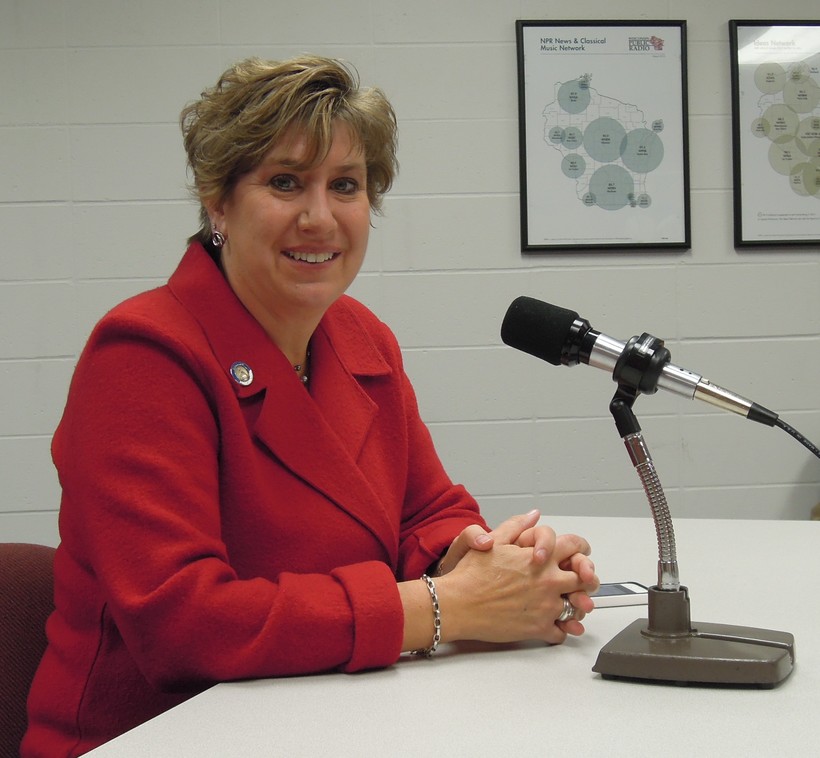 She knows it will be a lot of work, but state Sen. Jennifer Shilling of La Crosse says she does want to find common ground with Republicans who control the majority of the state Senate. (19-14)

Shilling was elected unanimously last week by fellow Democratic Senators to replace outgoing Minority Leader Chris Taylor who chose not to run for reelection to the position. His decision came after Senate Democrats failed to gain seats in the November 4 election. The state Assembly and governor’s office are also controlled by Republicans.

In Wisconsin, the Senate minority leader is responsible for not only election strategy, but for the strategy Democrats will employ during the debate of issues when the Senate is in session. Shilling says there are definite ideas that Republicans will likely approve that will never get the support of Democrats in the minority, like the likely expansion of private school vouchers, or drug testing for welfare recipients. But she feels there are plenty of issues that Democrats and Republicans can work together on like transportation funding, more support for rural public schools and improving the state’s broadband which will help the economy.

“We (minority members) recognize that it’s not going to be easy, and we won’t always agree on things,” she said. “But I really do want to have a civil dialog and improve the tone with some of the strained relationships that are in that building.” (State Capitol)

Shilling says she’s excited to lead a caucus that includes seven women and is representative of the state of Wisconsin. She says minority members recognize they have a right to disagree with the Republican majority and present different views, but that they are outnumbered if Republicans don’t want to work with them.

“I’m about building relationships,” she said. “I’m not one of those screamers and bombastic leaders that throw a grenade in the room and walk out. I’m going to say ‘what are we going to do to fix it.’”

Shilling says it’s premature to look ahead to the next election cycle and the changes Democrats need to make to regain the majority.

Shilling was elected to the state Senate in 2011, defeating Dan Kapanke in a recall election. She was in the state Assembly before that, having first been elected in the fall of 1999.