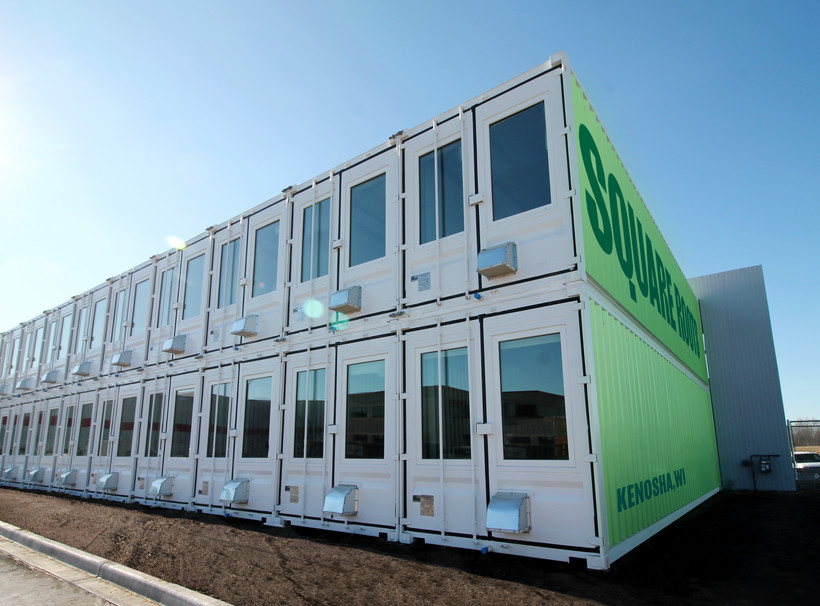 A new indoor farm opened in Kenosha on Wednesday, continuing a growing trend in hydroponic agriculture in Wisconsin.

Square Roots is an indoor farming company that started in New York City in 2016. Their location in Kenosha will be their fourth climate-controlled farm and was built in partnership with distributor Gordon Food Service.

Tobias Peggs, co-founder and CEO of Square Roots, said the company uses hydroponic systems built into refurbished shipping containers to grow herbs and salad mixes year round. The systems are controlled by software to optimize the amount of energy and water used.

"We're really trying to create the perfect climate to grow a certain crop," Peggs said. "Let's take lettuce as an example ... About 90 percent of the lettuce that American consumers eat is grown in California and Arizona and then shipped across the country. So rather than shipping the food across the country, what we essentially do is ship the climate data."

He said building the farm at Gordon Food Service’s existing location in Kenosha will allow them to easily distribute their products locally and in the Milwaukee and Chicago areas. Square Roots already has two farms at the distributor’s locations in Michigan.

The Kenosha farm will be the company’s largest location to date and will have capacity to produce more than 2.4 million packages of produce annually. 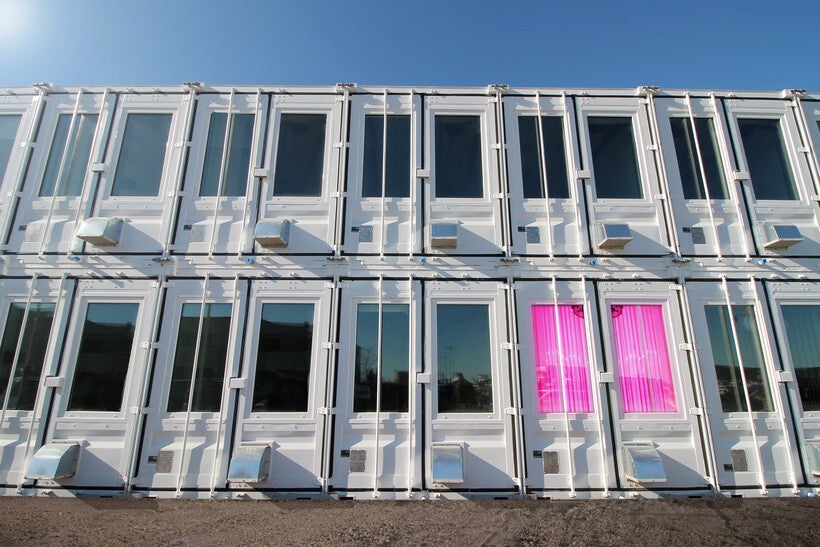 As the country’s population continues to grow in urban areas, Peggs said Square Roots sees their new growing systems as a complement to existing local farms instead of competition.

"Even though our techniques are very different, we're all trying to produce local food that is better for people, better for the planet," Peggs said.

And some local farm advocates agree. Tina Hinchley is a dairy farmer in Dane County who represents producers in southeastern Wisconsin for the Wisconsin Farmers Union. She said it’s exciting to see innovative ways of growing local food popping up in increasingly urban areas.

"Personally, I feel there's room for all of us. I don't think that we have enough local fruit and vegetable growers or (community-supported agriculture operations). I think that that is pretty sparse and during this whole COVID pandemic, local communities were reaching out," Hinchley said. "The possibilities of what farmers are coming up with now are limitless."

She said hydroponic systems also represent an opportunity for the next generation of growers to get started without needing access to as much land or capital.

Bryan Ernst is owner of Ernessi Farms, one of the state’s largest indoor vertical farms located in Ripon. He said the industry has grown immensely since his company started in 2014 and much of it has been driven by consumer demand.

"I think it's great that companies and wholesalers and produce buyers are really starting to see the benefits of vertical farming and urban agriculture," Ernst said. "We're able to provide safe, locally-grown produce to buyers throughout the state year round, regardless of what the weather is doing outside."

He said the growing number of lettuce recalls in recent years has also helped turn more customers to hydroponic products, which aren’t exposed to the contaminants that can be found in soil.

Ernst said Square Roots moving to Wisconsin will add competition for his business, which grows herbs, microgreens and mushrooms. But he said there’s no shortage of demand.

"You think about how many schools, how many grocery stores, how many produce wholesalers and how many restaurants there are in the state and there's just no way any one producer or even two or three producers can grow enough produce to satisfy all of that demand," Ernst said.

Square Roots hopes to harvest their first crops from the Kenosha location this spring. Peggs said the company plans to hire 25 people at the new location, including beginning producers going through their Next Generation farmer training program.