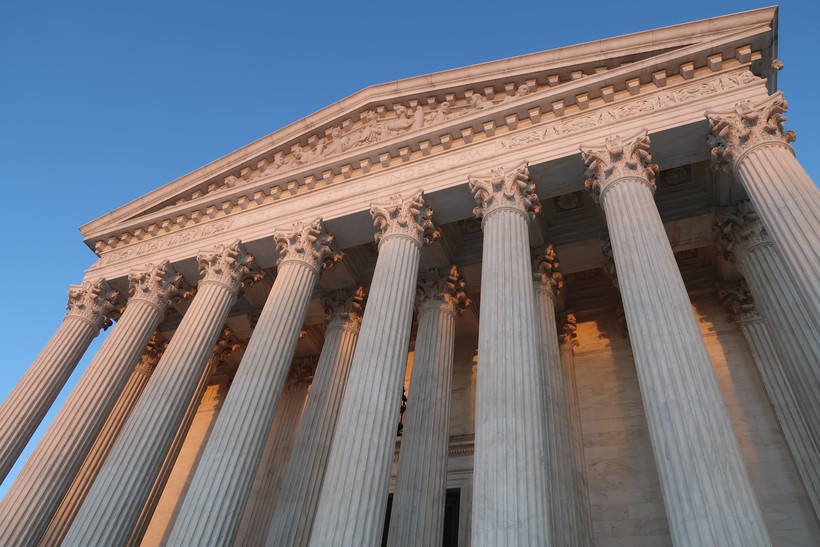 When the U.S. Supreme Court heard arguments in Wisconsin's landmark redistricting lawsuit last October, some legal observers thought they heard signals that justices would strike down the state's legislative map as unconstitutional.

But five months later, experts say that whatever the court decides in the case known as Gill v. Whitford likely won't lead to new district lines being drawn for the 2018 elections.

"I think as every day goes by without a decision from the Supreme Court in the Gill case, it becomes less and less likely that there would be new maps being used for the 2018 elections," said University of California-Irvine election law professor Rick Hasen.

The court may yet issue a decision that strikes down the district lines Republican state legislators drew almost seven years ago.

The issue, as far as this year's elections are concerned, is that time is running out.

"Even if they're victorious … I think the 2018 elections will be on the old maps," said Ohio State University Law School professor Edward Foley.

Some experts thought there was a chance the court could decide Wisconsin's case as soon as March, and while that's still possible, it now seems unlikely.

Part of the reason is that Wisconsin's case is no longer unique in the world of redistricting.

Plaintiffs in other states have filed their own lawsuits in the hopes of convincing the U.S. Supreme Court to rule for the first time that there is a point at which redistricting becomes so partisan that it violates the Constitution.

The most notable example is a partisan redistricting lawsuit out of Maryland slated to go before the court March 28. That's a sign, experts argue, that justices won't decide one case until they consider the other.

"At this point, there will not be new districts in Wisconsin or Maryland for the 2018 elections," said University of Florida political science associate professor Michael McDonald.

Lawyers for the Democratic plaintiffs who brought Wisconsin's lawsuit contend that’s not a given, and if the court rules in their favor, they'll push to have any changes take effect sooner rather than later.

A federal court ruled in November 2016 that Wisconsin's state legislative map was unconstitutional because it was intended to make it harder for Democrats to translate votes into legislative seats. Judges focused on the 2012 election, when Republicans won 60 out of 99 Assembly seats even though they won less than half of the statewide vote.

But the U.S. Supreme Court put a hold on that order when it took Wisconsin's appeal, and now signs suggest even if plaintiffs prevail in this case, it won't happen quickly.

"It looks an awful lot like whatever answers we get will be effective only in 2020," said Justin Levitt, a Loyola Law School professor.

The U.S. Supreme Court last considered partisan gerrymandering claims in 2004 and 2006, but justices were unable to agree on a consistent way to measure when redistricting gets too partisan.

But plaintiffs in several states are hoping to change that.

Here's a rundown of other redistricting cases and how they relate to Wisconsin's:

The redistricting case that could most directly affect Wisconsin is Maryland's because both are squarely before the U.S. Supreme Court.

"If (justices) are going to figure this out, it just helps them to have more options on their table," said Ohio State's Foley.

Both cases are partisan gerrymandering lawsuits, but they're marked by key differences.

And while Wisconsin's lawsuit was brought largely on the grounds of the U.S. Constitution's 14th Amendment, Maryland's is mostly a First Amendment case.

Perhaps most notably, Wisconsin's case is challenging district lines drawn by Republicans, while Maryland's is targeting a map drawn by Democrats.

It could also be that justices think Maryland's case gives them a better template if they're looking to set a standard for when redistricting gets too partisan.

"I think it's the stronger argument," said the University of Florida's McDonald, who is working with plaintiffs in the Maryland lawsuit.

The court could also rule against plaintiffs in both Wisconsin and Maryland, just as it did the last time it considered partisan redistricting claims more than a decade ago.

North Carolina's partisan redistricting lawsuit is not yet before the U.S. Supreme Court, although if plaintiffs there have their way, that could change.

"If you think of these cases as airplanes coming in over a very busy airport ... North Carolina's is sort of the third in line," said Levitt. "It's on a holding pattern at the moment but waiting for clearance to land."

North Carolina's lawsuit seeks to overturn the congressional map drawn in that state by Republicans. Democratic plaintiffs there won their first round in federal court.

Foley said the evidence in North Carolina's lawsuit is arguably stronger than Wisconsin's.

"Some of the evidence that was put into trial by the plaintiffs in (Wisconsin's) case was cutting edge for the date in which it was done," Foley said. "But the political science is moving very fast and the legal theories are moving very fast."

The North Carolina case is also noteworthy because Republicans there spoke openly about their partisan motives in drawing the map.

While Pennsylvania's redistricting case has been in the news lately, it likely won't affect Wisconsin.

That’s because the decision striking down Pennsylvania's Republican-drawn congressional districts was handed down by the Pennsylvania Supreme Court based on a provision in the state's constitution.

Pennsylvania Republicans have appealed the decision to the U.S. Supreme Court, but the court rejected a similar appeal last month.

If the U.S. Supreme Court hands down a decision that opens the door to partisan gerrymandering lawsuits, expect lawyers for Wisconsin's Democratic plaintiffs to push hard for it to take effect in time for the 2018 elections.

"There are plenty of precedents where states have redrawn lines in June, July or even August before a general election in November," said Ruth Greenwood, an attorney and redistricting expert for the Campaign Legal Center, which is representing Wisconsin's plaintiffs.

What the court decides could ultimately boil down to how swing Justice Anthony Kennedy views these cases.

"It's kind of a cliché to say it, but it really does come down to Justice Kennedy," said the UC-Irvine's Hasen. "It was clear from the oral argument in the Wisconsin case that the court is divided 4-4 not counting Justice Kennedy, and he didn't really tip his hand."

Kennedy wrote a concurring opinion nearly 14 years ago that suggested he would be open to allowing partisan gerrymandering lawsuits if someone could find a workable way to measure them.

Wisconsin Department of Justice Solicitor General Misha Tseytlin, who defended the state's legislative maps during oral arguments, once clerked for Kennedy. He calls Kennedy a mentor but downplays the personal connection as it relates to this case.

"While the media likes to focus on one particular justice, you have to focus on the entire court," Tseytlin said. "Because you never really know."

Tseytlin said if the court were to strike down Wisconsin's redistricting plan, it would be a sea change event in American politics, inserting courts into the political process.

"These are explicitly political decisions," Tseytlin said of redistricting. "Courts getting involved in that area would be quite extraordinary and quite disruptive."

Tseytlin said he's optimistic justices will uphold Wisconsin's legislative map and the state won't have to worry about the prospect of redrawing its district lines on tight court-ordered deadline.

But Greenwood said if plaintiffs prevail this year, there should be new maps in place for the 2018 elections.

She said the district lines drawn by Wisconsin Republicans after the last census have already been in place for elections in 2012, 2014 and 2016. Keeping them for the 2018 election would mean they would have remained in place for nearly a decade.

"Justice delayed is justice denied," Greenwood said. "All of our plaintiffs have and all of the voters of Wisconsin have had too many elections with unconstitutional plans."

Regardless of what the U.S. Supreme Court decides, the next round of redistricting is scheduled to take place in 2021.

That means that if one party controls the Legislature and governor's office the way Republicans did in 2011, they'll get to draw the state's legislative boundaries for the next decade.