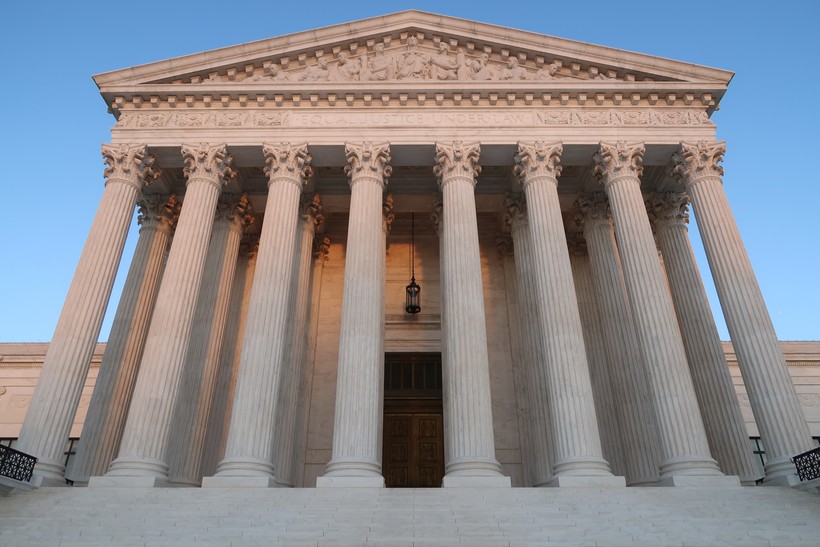 All Eyes On Kennedy As SCOTUS Hears Wisconsin's Gerrymandering Case

Justice Anthony Kennedy Is Widely Viewed As The Court's Swing Vote When It Comes To Redistricting
By Shawn Johnson
Share:

When the U.S. Supreme Court convenes Tuesday to hear oral arguments in Wisconsin's landmark redistricting case, all eyes will be on Justice Anthony Kennedy.

It was Kennedy who opened the door to Wisconsin's lawsuit in an opinion he wrote 13 years ago, and court watchers believe it will be Kennedy's swing vote that decides the issue of partisan gerrymandering for years to come.

"We know from his prior opinions on this topic that he's genuinely torn," said Ohio State University Law Professor Edward Foley.

"It's up to Kennedy," said University of Florida Political Science Professor Michael McDonald. "And it's hard to read one person's mind."

A federal court struck down Wisconsin's Republican-drawn redistricting plan late last year on the grounds that it was an unconstitutional partisan gerrymander.

In a 2-1 decision, judges wrote that when GOP lawmakers redrew Wisconsin's legislative boundaries after the last census, they intended to "maximize the electoral advantage of Republicans and harm Democrats to the greatest possible extent."

The ruling was significant because the U.S. Supreme Court has never struck down a redistricting plan in a partisan gerrymandering case.

That's not to say they haven't grappled with the issue. Kennedy in particular has signaled he's open to partisan gerrymandering claims.

"He has told us that he would like to find a standard — a constitutional standard — that would police this problem and would condemn as invalid excessive partisan greed in the drawing of these maps," said Foley. "But he's also told us that he's been unable to identify a principle standard that's linked to the Constitution as it's written."

When the Democratic plaintiffs who sued to overturn Wisconsin's map initially brought this case, their attorneys emphasized a new metric called the "efficiency gap" as a way to measure a party's total votes in legislative races compared to the number of legislative seats it actually wins.

McDonald said he's not sure that's the clear standard Kennedy is looking for.

"I think any reasonable person who looks at Wisconsin would say that's a partisan gerrymander," McDonald said. "From my perspective as a political scientist or someone who's an observer of elections, I can say that. The Supreme Court, they need to know when it is that this redistricting plan was an OK partisan gerrymander … and that bright line where you cross it and actually become an unconstitutional partisan gerrymander."

The lower court that overturned Wisconsin's map instead emphasized a different test. Judges wrote that before a court can strike down a redistricting plan as a partisan gerrymander, it needs to show the map was developed with intent to discriminate and show proof that the map had worked as intended.

Judges focused on the 2012 election, which was the first under Wisconsin's new map. Even though Democrats won slightly more than half of the statewide vote for legislative races, Republicans won 60 out of 99 Assembly seats.

They also looked at the 2014 election, when Republicans won slightly more than half of the statewide vote and expanded their majority to 63 seats.

If the Supreme Court sides with Wisconsin Republicans in this case, the legislative map they drew in 2011 would remain intact through the 2020 election, which would increase the odds that Republicans would be in power the next time redistricting happens.

If the court sides with Democrats, Foley said it would chip away at the "windfall" of legislative seats Republicans have piled up under the current map.

"If you take away that windfall because the court requires a new map, then there will be fewer Republicans and more Democrats all else being equal," said Foley.

More significantly, Wisconsin's case would set the template for future rounds of redistricting, not only in Wisconsin but all across the country.

"It'll set a standard or say that no standard can be set, but one way or the other, it's going to decide the issue for America on the question of how to draw district lines," Foley said.

There have been rumors all year that Kennedy, who is 81, may soon retire. McDonald said that could affect how he views the case.

"It could be that he will think about his legacy and rule with that respect," McDonald said. "But I also have to think that this is a tough sell for him."

Legal observers say they expect justices to issue a decision in Wisconsin's redistricting case by the end of June.