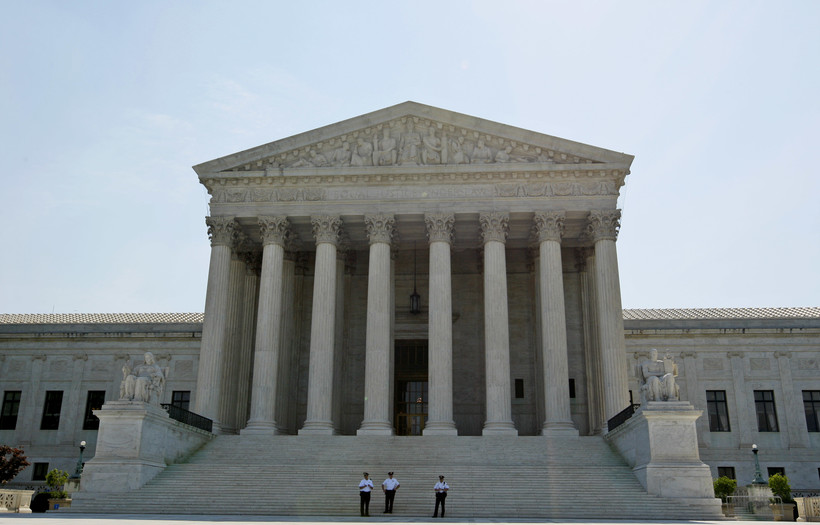 The U.S. Supreme Court announced Monday it will hear an appeal of the lawsuit that struck down Wisconsin’s Republican-drawn legislative map as an unconstitutional partisan gerrymander.

At the same time, the court voted 5-4 to grant Wisconsin Attorney Brad Schimel's request for a stay that will keep the current map in place while the appeal proceeds.

While the court may yet overturn Wisconsin's map, experts say the stay makes it less likely that a new map will be in place for the 2018 election.

"The court giveth and the court taketh away," said Justin Levitt, an election law professor at Loyola Law School and a redistricting expert.

Redistricting experts widely believed justices would hear Wisconsin’s appeal because of the significant issues it raises.

"It's the most important partisan gerrymandering case the court will have considered in at least a decade," said Rick Hasen, an election law professor at the University of California, Irvine School of Law. "I believe this is the last real opportunity for the Supreme Court to reign in partisan gerrymandering."

Legislative boundaries get redrawn every decade after the U.S. Census to make sure they’re equal in population, but when one party controls all of state government as Republicans did after the 2010 wave election, they can draw maps that give themselves a partisan edge.

The people and groups that brought Wisconsin's lawsuit had a Supreme Court appeal in mind when they developed the case, and they celebrated the court's decision to get involved Monday.

"This is a crucially important Supreme Court case," said the Campaign Legal Center's Paul Smith, the lead attorney challenging Wisconsin's map. "Partisan gerrymandering of this kind is worse now than at any time in recent memory."

"The stay is particularly important because it preserves the Legislature’s time, effort, and resources while this case is pending," Schimel said in a statement.

Asked about the ruling Monday morning in Wausau, Gov. Scott Walker disputed the idea advanced by Democrats that Wisconsin's legislative map had stacked districts in favor of Republicans.

"Woefully ignorant argument on their part," Walker told reporters. "That argument would work for one time, but the maps were in place and Republicans gained seats in '12, '14 and '16. If your argument is the maps are unfair, it should only happen once."

But the lawsuit challenging the maps argues Republican gains in the Legislature over the past three election cycles are evidence their gerrymander has worked as planned.

They note that even as Wisconsin remains closely divided in statewide races for governor and president, control of the Legislature has remained lopsided. For example, Republicans won 60 out of 99 Assembly seats in 2012 despite losing the statewide popular vote, and they grew their majority to 64 seats in 2016 even as the statewide vote remained nearly tied.

"Now that the Supreme Court has decided to hear the case, there could be a precedent set to end extreme partisan gerrymandering," said Assembly Democratic Minority Leader Peter Barca, who has seen his party's numbers dwindle over the past three elections. "Voters should be able to choose their representatives, not the other way around."

While most court watchers expected justices to hear Wisconsin's appeal, they weren't sure how the U.S. Supreme Court would handle Schimel's request to put the lower court's ruling on hold.

The court's 5-4 decision to grant that stay could be significant, said Hasen, the California law professor.

Hasen said one of the reasons a court grants a stay is that they believe the party bringing an appeal — in this case, Schimel's Wisconsin Department of Justice — is likely to win.

"There are at least some justices that are at least somewhat sympathetic to the Wisconsin argument that the lower court got it wrong and that the court shouldn't be policing these kinds of gerrymanders," Hasen said.

Others were unsure about what the stay might mean.

"(It's) certainly not good news for the plaintiffs, but it's not a strong signal," said Loyola Law's Justin Levitt. "It could mean we just don't want to rush this, it could mean we're wavering and so we're not sure whether we should actually be deciding these cases and so no need to get ahead of ourselves."

Among the five justices who voted to grant the stay was Justice Anthony Kennedy, a swing vote on the court, especially on this case.

Kennedy wrote an opinion in a 2004 redistricting case that suggested he was open to striking down partisan gerrymanders if someone could come up with a way to measure how much partisanship is too much.

The groups challenging Wisconsin’s case had Kennedy in mind when they developed a new metric for measuring partisanship that they call the "efficiency gap." It compares the total number of votes cast for the Legislature statewide to the total number of seats a party wins.

The higher the efficiency gap, plaintiffs say, the more dramatic the partisan gerrymander, and Wisconsin’s legislative map had one of the highest efficiency gaps of any redistricting plan in the nation going back four decades.

All five of the justices who voted to grant the stay in Wisconsin's case were appointed by Republican presidents. Kennedy was appointed to the bench by President Ronald Reagan.

That's not to say Kennedy won't rule differently once he reads briefs and hears arguments in Wisconsin's case.

"This could shape up to be another 5-4 kind of decision where everyone's going to be looking to see what Justice Kennedy in the middle decides to do," Hasen said.

While the precise schedule of Wisconsin’s redistricting case is not yet known, experts say the court could hear oral arguments late this year or early next year.

A decision in the case is almost sure to come by June 2018.

If the Legislature is forced to draw new maps, they’d have to be more competitive, which would give Democrats a better shot at winning legislative seats than they have right now.

But Hasen and Levitt say the Supreme Court's decision to grant a stay increases the likelihood that the current Republican-drawn map will remain in place during the 2018 election.

Whichever party controls the Legislature after the 2020 election would have a shot at drawing legislative boundaries for the next decade.