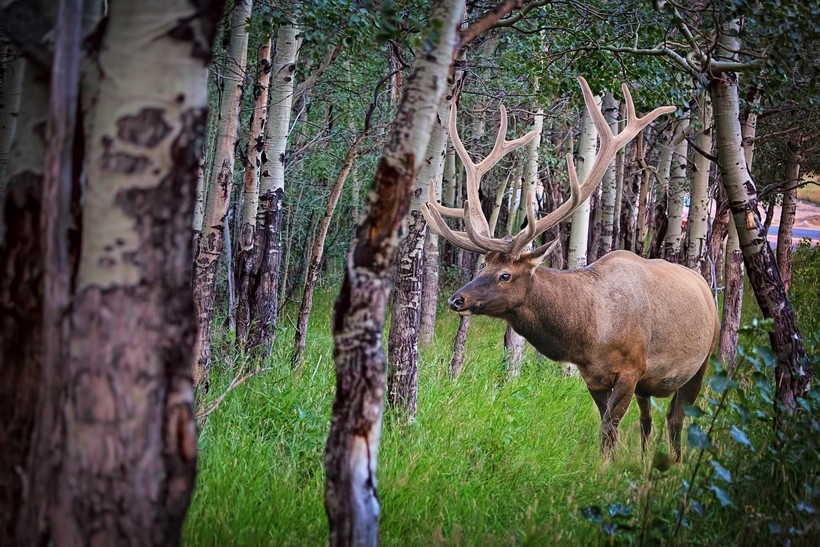 The state Natural Resources Board has decided not to limit the state's elk harvest this year.

The board voted 5 to 2 to allow hunters to take 10 bulls during the state's elk hunt this year. Gov. Tony Evers' appointees Bill Smith and Marcy West voted against the move.

Hunters were allowed to kill up to 10 bulls during the state's second elk season last year. The Wisconsin Department of Natural Resources wanted to limit the number of tags to six this year in order to protect more mature bulls from harvest, said Bob Nack, the agency's big game section chief. The tags are split equally between tribal and state hunters.

"One of our concerns is that (if) we continue with a 10-bull quota, continue aggressively harvesting our bulls, is that in the future, we're going to have a much younger herd of bulls," said Nack. "And of course, we're looking out for the quality of our herd from a hunting standpoint and from a recreational viewing standpoint as well."

The recommendation to limit the harvest to six tags came from the DNR's elk advisory committee, which includes agency staff, a representative of northern Wisconsin tribes and the Wisconsin Conservation Congress.

Natural Resources Board member Greg Kazmierski argued a significant percentage of bulls would be moving into older age classes. He said the more alarming issue is that adult elk have a survival rate of 80 percent.

"That's extremely low," said Kazmierski. "Usually, by the time elk reach adulthood at a year-and-a-half, they're pretty stable then, and they've adapted to the environment."

Terry Hilgenberg, the board's former chair, said he's concerned restricting the elk harvest would have negative implications for the program.

"Because of that, I guess I would like to see us try to maintain what we have, do a better job of the aging program, and also really focus on how we lost so many elk this past year," said Hilgenberg.

According to agenda documents, there were 38 elk that died last year due to a variety of causes, including hunter harvest, predation and vehicle collisions. The state began introducing elk at Clam Lake in northern Wisconsin in 1995. In 2015, the state began adding more elk in northern Wisconsin and a new herd at Black River State Forest through an agreement with the state of Kentucky to relocate wild elk after they had been quarantined.

The DNR said harvesting 10 bulls this year would likely decrease the number of bulls in the short term and take several years to rebuild. The agency is projecting northern Wisconsin's elk herd will grow to 297 this year, saying the herd is healthy and continues to grow. The state has set a long-term population goal of 1,400 elk in northern Wisconsin's herd.

Also on Wednesday, the DNR said the coronavirus pandemic hasn't had an impact so far on hunting and fishing seasons.

In a COVID-19 update, DNR Deputy Secretary Beth Bier said the spring turkey season and the fishing opener have gone ahead as planned. Bier says fishing license sales have also gone up 27 percent compared to the same time last year with 471,715 license sales for residents and non-residents from March to April.

She said the sales marked a 20 percent increase over the average of the last four years.

The agency has also sold more than 85,500 stickers and trail passes to visit state parks and lands through its call center and online system over the last month.

The DNR announced Friday that all state properties would resume normal operating hours on May 23 and restrooms would be available by June 3.

Bier noted it's unclear how COVID-19 is anticipated to impact the agency's budget. Evers has asked agencies to cut 5 percent from their budgets to offset shortfalls. A hiring freeze is in place, but she said the agency has some discretion to hire employees for essential services for response to fires, floods and spills.