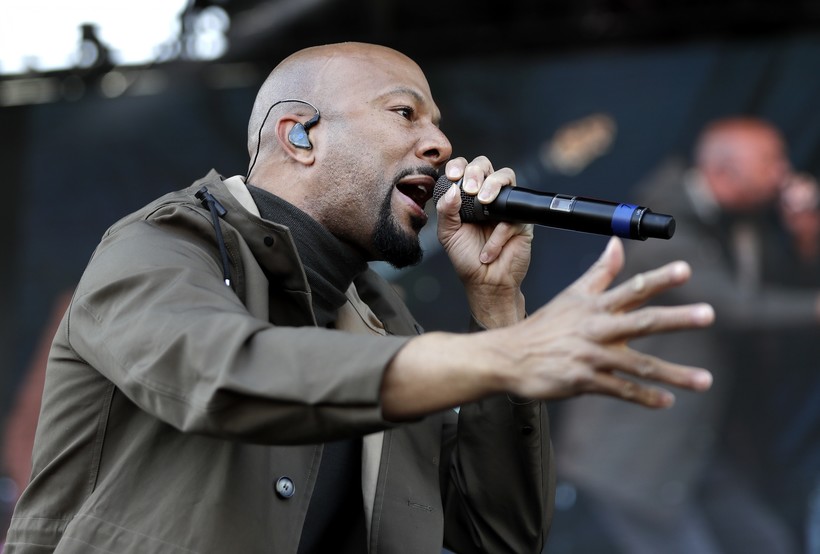 Hip-Hop Artist Common On Why Hope Is A Verb
By Charles Monroe-Kane
Share:

Musicians typically come on the radio to talk about their music. Common, a multi-award-winning hip-hop artist, composer and rapper, isn’t exactly typical. He was more eager to talk about hope – specifically, how we can make hope in our lives.

"Optimism is not just only looking at what's in front of you," said Common, speaking to Charles Monroe-Kane for "To the Best of Our Knowledge." "Hope has to do with also seeing things that may not be right there tangible, right there in your face at the moment. (Hope) is having faith in the unseen."

It’s not pie-in-the-sky talk either.

Common is a black man from the South Side of Chicago. His hopes are rooted in the words of the Frederick Douglass, "If there is no struggle, there is no progress."

His personal experience has shown him that hope is linked directly to survival.

"For young black men in America I think (hope) reminds us that we do and can dream," he said. "We (are) in these difficult situations — poverty, violence in certain areas, lack of opportunity. But you still have a dream somewhere."

"I see a lot of hard times, but my hope and optimism also see what's blossoming out of these hard times," he added.

Despite being the first rapper to win a Grammy, an Emmy and an Oscar, Common says one of the most inspirational moments of his career was performing at the White House in 2011.

From the White House library, he performed songs like "Letter to the Free" ­­— a song about the 13th Amendment and how slavery still exists in the form of mass incarceration.

"It was a moment of hope for me in many ways," Common said. "For a long time as a young black kid you don't feel like you are a part of the American story. So, when people are like, 'Man, give it up for America' you like, wait, 'Hey America, y’all haven't really acknowledged me and my people, my ancestors as part of this story.' So, to be at the White House was definitely a moment of inspiration for me."

For Common, making hope real is also deeply rooted in faith. For him, that’s faith in Jesus, but he said it’s just important to believe in something. Belief, for him, is doing – God is a verb.