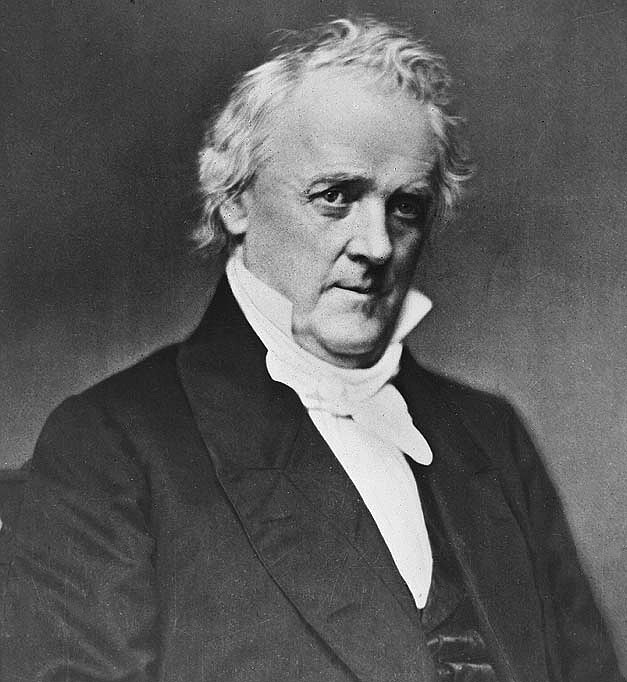 Musical Diversions for the President

Eighteen-fifty nine. America was on the brink of Civil War and the weary president of the United States needed music to divert him from the big troubles. The music in the White House of James Buchanan varied considerably.

One of the year’s biggest hits was Ullman’s Opera Troupe and its prima donna, Marietta Picccolomini.  The twenty-year-old singer had just performed in Donizetti’s Don Pasquale in Washington. She attended a White House reception at which she shared the spotlight with a delegation of Potawatomie Indians. Through an interpreter, the 67-year-old bachelor president engaged in small talk with the singer. One guest remarked that Buchanan “would probably have stayed till daylight did appear” if someone hadn’t hinted that it was time to go.

A more unusual “star” performed at the White House later that year.  He was the pianist Thomas Greene Bethune, a husky ten-year old black boy billed as “Blind Tom.”  An observer said that Tom’s “sightless eyeballs seemed to be searching in the stars and the great opera ear seemed to be catching harmony from the celestial spheres….He claws the air with his hands, whistles through his teeth, capers about and see-saws up and down. “  Yet, it was said that Blind Tom could play the piano like Gottschalk, Mozart, or Beethoven.  For President Buchanan Blind Tom played a twenty-page piece of music after hearing it just one time.

It’s likely that the more eccentric part of Blind Tom’s presentation was pure showmanship, coached by money-minded managers who had toured him through Europe claiming that his talent came from some magical source.  The simple truth was that Bethune, who was born a slave in 1849, was a professional—a naturally gifted musician and a capable composer.  Some saw beyond the ruse to his greater gifts.  One of them was the American piano manufacturer who gave the boy a grand piano bearing the inscription: “A tribute to true genius.”