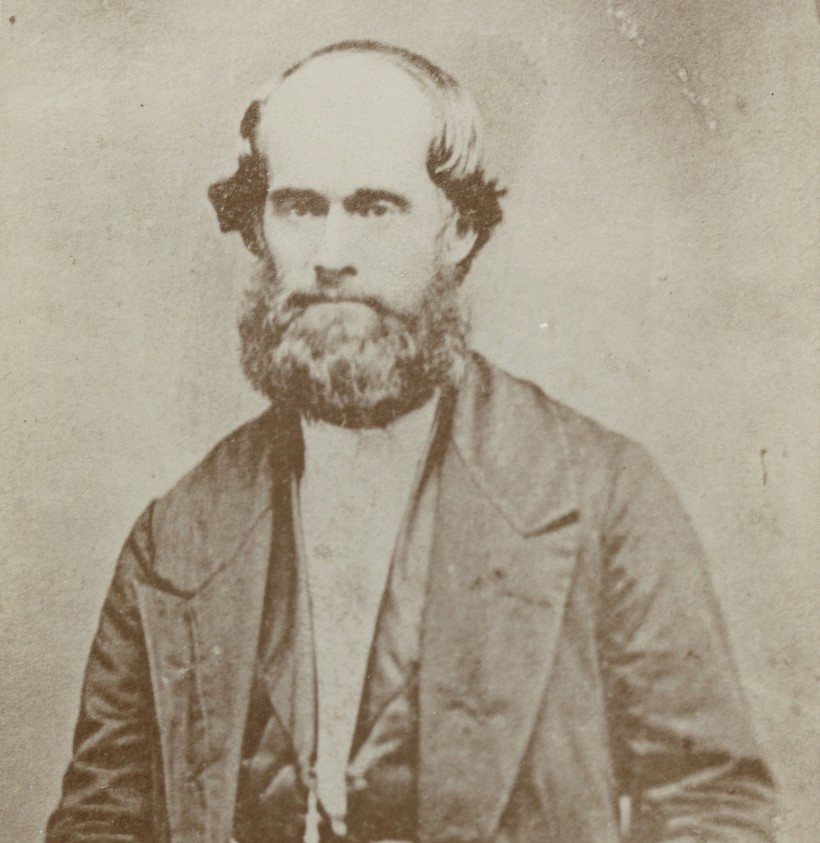 The Most Audacious Con Man You've Never Heard Of

James Jesse Strang Was 'A Lightning Rod For All the Excesses Of The Mid-19th Century,' Says Author Miles Harvey
By Doug Gordon
Share:

James Jesse Strang could be the boldest con man in American history.

At least, that’s the case that Miles Harvey makes in his book, "The King of Confidence: A Tale of Utopian Dreamers, Frontier Schemers, True Believers, False Prophets, and the Murder of an American Monarch." Harvey, who spoke about Strang on WPR's "BETA," sees Strang as "a lightning rod for all the excesses of the mid-19th century — all the intense religious movements, the social reform movements and the apocalyptic fears."

"There've been at least three good books about Strang, by my reckoning, and all of them have their strengths and all of them did some great research which I built upon," Harvey said. "But for the most part, these books looked at Strang in a couple of different ways. One, as a sort of footnote to Mormon history and to the history of the Church, and the other as sort of a regional figure. One of the books is called 'Assassination of a Michigan King.' And I saw Strang as a much bigger kind of figure. ... I just saw him as a very American figure."

When Strang disappeared from a rural town in New York in the summer of 1843, he was already using people's confidence, said Harvey. Until then, he had spent time working as a country lawyer, as a newspaper man, and as a postmaster. Strang supposedly sold some land in Ohio that didn't really exist. When the buyer came to western New York and learned that he'd been the victim of a con, Strang faked his own death and left town in a hurry. He headed west to create a whole new identity.

Strang reappeared 600 miles away in Burlington, Wisconsin (which is, of course, the hometown of former Dallas Cowboy and now CBS Sports football analyst Tony Romo). Harvey said that Strang wound up in Burlington because he had friends there, many of whom were Mormons. Previously, Strang identified as an atheist until 1844 when he traveled to the town of Navoo, Illinois. At that time, Navoo was as large a town as Chicago and it was the hub of the Mormon Church. There, Strang met Joseph Smith, the founder and prophet of the Mormon Church, and converted to Mormonism.

"Whether or not it was a real conversion, I can't say," Harvey said.

A while after Strang returned to Burlington, Smith was shot and killed by an anti-Mormon mob in Carthage, Illinois. A short time later, Strang produced a letter supposedly written by Smith. The letter said that Smith was turning over the entire Church of Jesus Christ of Latter-day Saints to Strang.

Harvey said that would be like "turning over the entire Dallas Cowboys for a fourth round draft pick who is on your taxi squad."

"You know, Strang's letter really didn't convince a lot of people, but he stuck with it," he said.

Strang also "discovered" some brass plates in Burlington, similar to the golden plates that Joseph Smith said he had dug up.

"And these plates were written in a language that only one person on earth had the ability to read, thanks to a miracle. That person was James Jesse Strang," Harvey said. "Those plates further proclaimed Strang the head of this church. And so, eventually, Strang built a pretty big following. And he eventually became the biggest rival to Brigham Young for control of the Church."

Strang moved the headquarters of the Church to Beaver Island in Lake Michigan in 1848. It was there that Strang crowned himself the King of Earth and Heaven. Whether he did so to satisfy his own ego or if there was a strategic rationale behind the declaration is a good question, said Harvey.

"I think he did it like kings have since the beginning of civilized society to firm up his power," he said. "And I think, also, he wrote in these wonderful diaries that he kept when he was a late teenager and in his early 20s, he wrote about ... what he called 'My dreams of royalty and power.' And he was just a little farm boy in New York at that time, a country lawyer. I mean, it's amazing, his ambition and ego. And, you know, we might say now, in retrospect, narcissism."

Strang later served as a member of the Michigan House of Representatives, where he fought for African-American rights. Harvey said that the one thing that he thinks Strang really believed in was abolitionism.

On June 16, 1856, at around 7:00 p.m., Strang was shot in the back three times at the St. James harbor on Beaver Island. Several officers and men stationed on the USS Michigan naval vessel witnessed the attack. Nobody on board tried to warn or help Strang. One of the assassins pistol-whipped Strang before boarding the boat with his companion and claiming sanctuary.

"He was assassinated by his own people with the help probably of the U.S. government and the state of Michigan," Harvey explained.

At times in "The King of Confidence," there are ways that James Strang feels similar to President Donald Trump. Harvey said that he didn't make any direct comparisons, but acknowledged that he made two oblique references to Trump. Early in the book, Harvey writes: "Strang would come to embody a constantly repeating character in American history, a kind of figure whose grip on our collective imagination is as tight today as ever."

"My time writing this book overlaps almost exactly with the Trump era from his announcement, his campaign, his election, his presidency," Harvey said. "I guess I woke up every morning thinking about Strang and went to sleep every night thinking about Trump. And our times are similar, not exact. And I'm an English professor, so I'm into the humanities. And I think one of the things the humanities do, and I'm really passionate about this, is that by studying the past, we can learn about the present and the future, and we can make sense of the present, the future."

Don't miss Norman Gilliland reading "The King of Confidence" on "Chapter A Day."