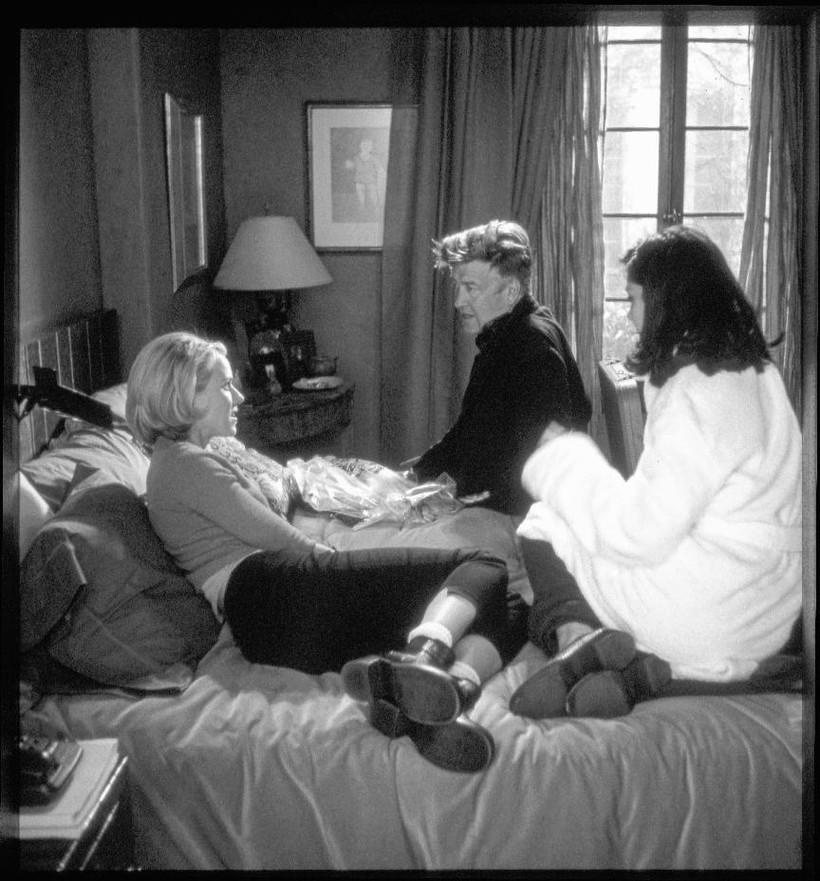 David Lynch Follows His Ideas To The Outskirts Of His Imagination

According To Co-Author Of New Book, Lynch's Work Is All About Dualities
By Doug Gordon
Share:

The new book — called "Room to Dream" — written by both Lynch himself, and critic and journalist Kristine McKenna, combines elements of both biography and memoir. McKenna wrote the biographical sections of the book based on more than 100 interviews with Lynch's ex-wives, his family members, as well as actors, agents, musician and various colleagues who shared their own memories of Lynch’s life and career. Those biographical sections are followed by Lynch’s own personal reflections which riff off of McKenna’s writing.

McKenna told WPR’s "BETA" that one of the key turning points in Lynch’s life occurred in 1967 when he was studying painting at the Pennsylvania Academy of the Fine Arts in Philadelphia.

"He was working on a painting of a figure standing in dark green foliage. And he says he heard and felt a little wind and he detected some movement in the painting. And at that point, he thought, 'Oh, a moving painting’' And that’s when he started moving toward film," McKenna said. "And he immediately made a piece called 'Six Men Getting Sick' which is a short film projected onto a sculpted screen. So he kind of eased out of fine art making into film gently."

In 1970, Lynch accepted a scholarship to the American Film Institute’s Center for Advanced Film Studies in Los Angeles. He didn’t like the courses and thought about dropping out but changed his mind after he was given the opportunity to produce his own original screenplay. The result was Lynch’s debut feature film, "Eraserhead." It was released in 1977.

"The first time I saw 'Eraserhead,' I didn’t know what I was looking at. Most people I think respond that way," McKenna said. "But it’s very powerful and it’s very seductive because it’s so beautiful. It looks like it’s on velvet or something. It’s a black-and-white film, of course. And first I was pulled in just by the beauty and the humor because there are parts of it that are very funny. But as I became more familiar with the film, I think it’s a deeply spiritual film. David says that too."

"Eraserhead" is a surreal film that comes across like the cinematic equivalent of a tone poem, McKenna explains.

McKenna says Lynch’s work is all about dualities.

"He had a very bucolic, nature-filled childhood with camping trips ... And his father worked in a forest. And then he came to Philadelphia which in the 60s was really a mess. The city was kind of bankrupt, they’d had race riots there, it was very violent, it was completely the opposite of anything he’d ever experienced," McKenna said. "So those two worlds collided and we got David Lynch.”

In much the same way that Franz Kafka’s name has morphed into the adjective "Kafkaesque," Lynch’s utterly original films have spawned the adjective, "Lynchian."

So how does McKenna define "Lynchian"? "On the surface, 'Lynchian' is funny because there’s this element of the surreal to things that are 'Lynchian.' But the deepest, most important part of 'Lynchian' is beauty and embracing things that at a glance might be dismissed as ugly, seeing them as beautiful and presenting them that way."