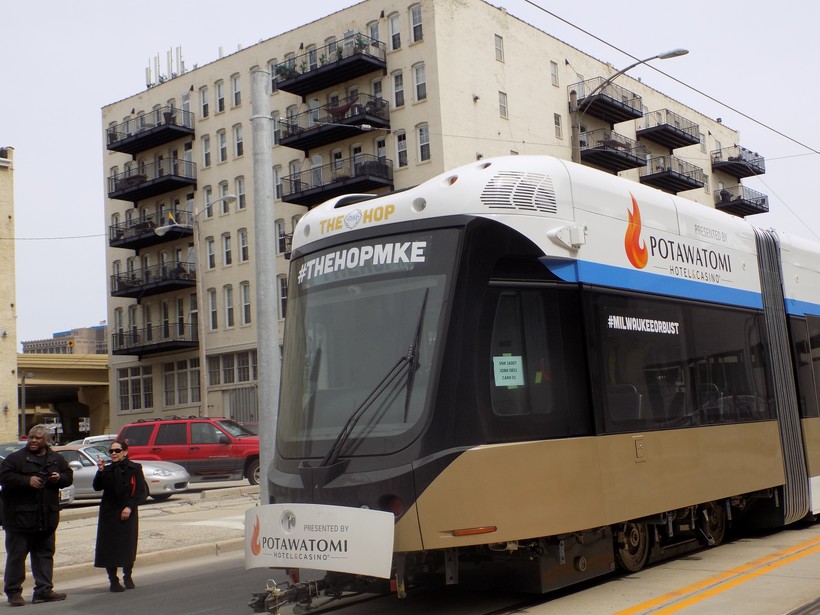 Riders Can Use Streetcar For Free During First Year
By Ximena Conde
Share:

After years of planning and debates over the streetcar, The Hop finally began service the first weekend of November with three days of festivities. Spokespeople for The Hop report more than 700 people attended the ribbon cutting celebration Friday, Nov. 2.

Milwaukee Mayor Tom Barrett, a longtime champion of the streetcar, said the weekend was a success.

"We found a lot of enthusiasm and a lot of happiness from people who are pleased that it’s now running," Barrett said.

Barrett said he thinks The Hop is off to a great start considering some of the weekend’s challenges.

"During the weekend, they had really crummy weather — was really special — we knew November was not really the best time to launch a streetcar, there was not really a lot going on downtown, it was raining all day Sunday," he said.

Jeff Polenske, city engineer with the Department of Public Works, said the city had no ridership expectations for opening weekend and while the numbers were great, normal everyday ridership won’t be high.

Polenske said at times the cars were so packed it was hard to make room for new riders.

"While there were certainly people that were using it for the purpose of getting from one point to another, there were an awful lot of people who were excited about it, wanted to see what it was all about and ride it," Polenske said.

Average daily ridership is expected to reach 1,800 trips, although that will likely fluctuate, Polenske said.

The Hop is expected to expand its current route to the east side of the city by 2020. The entire project cost $128 million and is funded through federal and local funds.

For riders, trips on the streetcar will be free for the first year because of a 10-year sponsorship deal the city struck with the Potawatomi Hotel and Casino worth $10 million.

The streetcar loops from Burns Commons on the Lower East Side to Milwaukee's Intermodal Station downtown, passing residential neighborhoods and the Milwaukee Public Market in the city's Third Ward. The streetcar misses some of the city's bigger attractions like the Wisconsin Convention Center and the new Fiserv Forum. 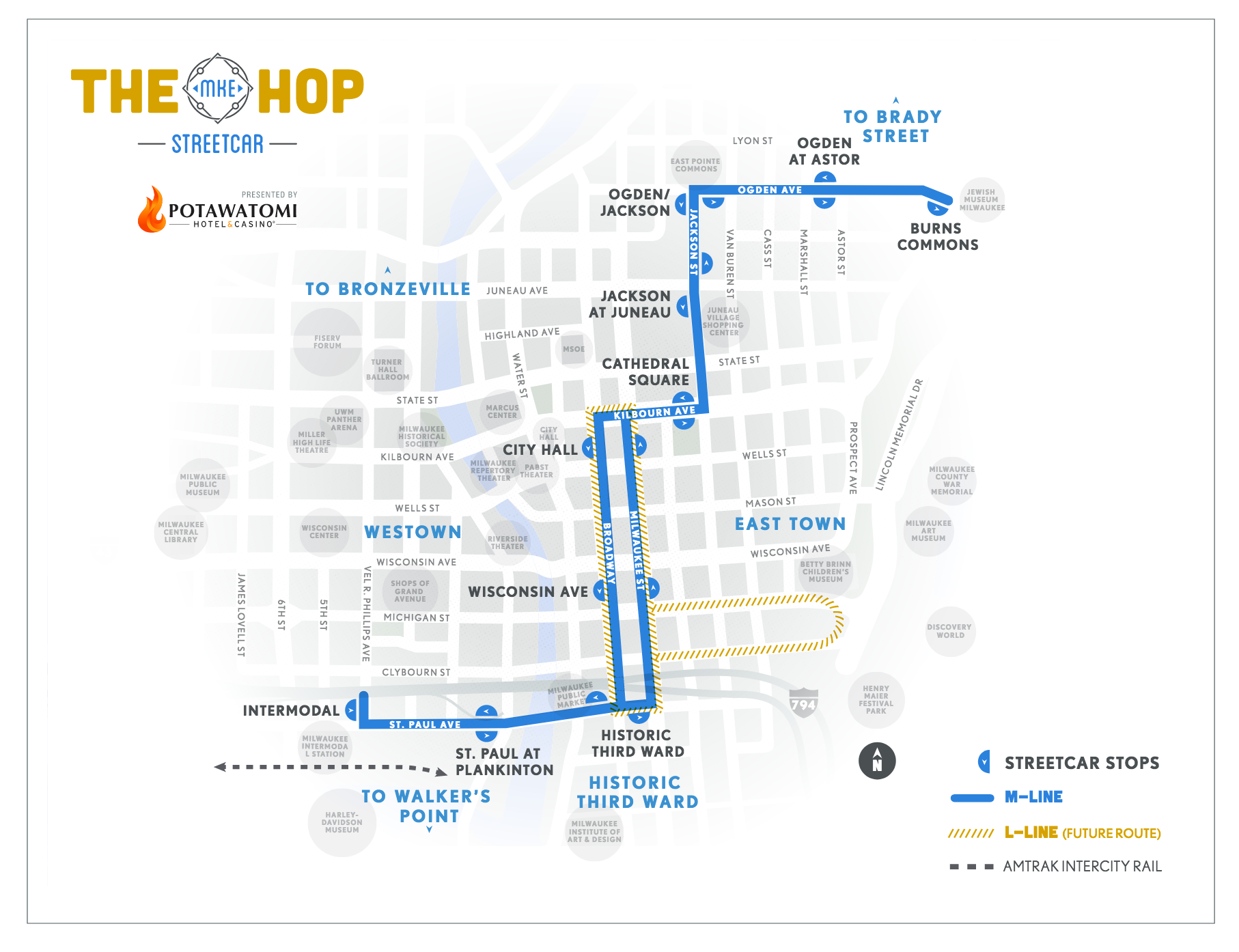