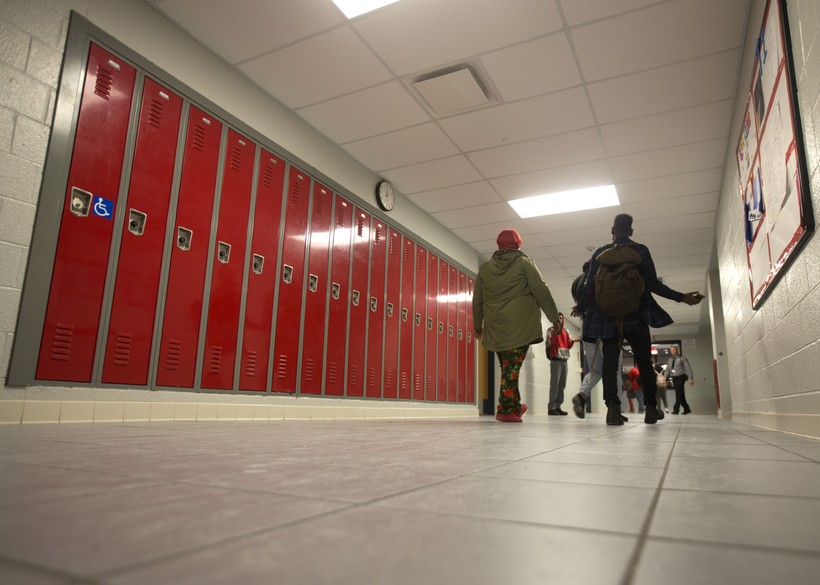 Wisconsin Attorney General Brad Schimel has announced more than $1.3 million in grants for schools looking to improve building safety — out of a total of $100 million available.

Schimel made the announcement on the second day of a public safety summit in Wisconsin Dells focusing on school safety.

Twenty schools and districts were awarded grants Wednesday ranging from almost $14,000 to about $280,000. It is the second round of grants to be awarded. The Kenosha Unified School District was the first to be awarded a grant earlier this month, its award was almost $889,000.

What the money can be used for is limited to what the application dubs "primary" and "advanced" security expenditures.

Under primary needs, schools could ask for as many door locks as their buildings need, they could also ask for shatter-resistant film to protect one main entrance in their buildings.

Under advanced funding, schools can use the money to install security measures like intercom systems that connect to local law enforcement and training staff to provide trauma-informed care.

The Benton School District is one of the recipients announced Wednesday, getting almost $58,000 for its one rural school building serving more than 200 students.

The grant will pay for locks and active shooter training for staff, said Tom Andres, the district's superintendent.

The funds will make a big difference in part because the emergency response time from local authorities is about 20 minutes, Andres said.

"We would not be able to do any of those, the training we probably could probably squeeze, but in terms of the equipment and things like that we wouldn’t be able to do it without the grant," Andres said.

Brenda Stevenson is the district administrator for Union Grove Elementary School District, where about $20,000 will go to classroom locks and bullet-resistant film for its main entrances.

"I think there was an opportunity to do a couple of things that we have looked at prior to this grants but it was like, 'we can’t afford that,'" she said.

The deadline for schools to apply for grant funding was Friday. Schimel previously said he wants to award most of the grants by mid-June in order for schools to complete upgrades before the beginning of the new school year.

On Monday, a Wisconsin Department of Justice spokesman said staff was still tallying applications but the department estimated more than 400 applications had been submitted.

While the Neenah Joint School District is confident in its current security plan, the grant money would help the district tackle some security upgrades sooner rather than later, said Jim Strick, communications manager for the district.

The school district has 13 school buildings that range from about 50 to 94 years in age.

"Now that this grant is available, it really is a relief to us to not try and find space in our budget to fund that," Strick said.

The Neenah school district is asking for shatter-resistant film for their main entrances as a primary need. It would use advanced funds for five enhancements, including a digital ID check-in system for school visitors.

Wisconsin Rapids Public Schools Superintendent Craig Broeren said his district is asking for more than $270,000 for its 13 buildings. The cost would cover adding shatter-resistant film to main entrances and an auditorium it has with many windows, upgrading video equipment and installing a key card system for staff to enter buildings.

The district has a comprehensive crisis plan, Broeren said, and a check-in system where visitors have to speak to the main office through a phone to get in. The phone is linked to the main office, where staff can see video of visitors.

The district has up-to-date classroom locks and staff has gone through the popular ALICE training, a program that trains people on how to respond to active shooters.

"Schools are now in a circumstance where we’re making attempts at planning for every eventuality, which just by virtue of saying that you can understand that that’s not really possible," Broeren said, adding that the school district still can do its best in taking precautions.

Tom Karthausser with the Mukwonago Area School District said their application asked to pay for locks and bullet-resistant film for doors and entrances that don't already have them in their eight school buildings.

The Richmond School District is asking for about $20,000 for a camera system that will connect it with police dispatch, said director of pupil services, Gina Santharam.