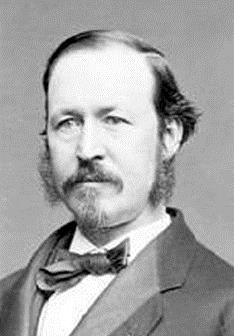 American bandleader Patrick Gilmore came to England to recruit performers for a giant concert to be part of a World Peace Jubilee. Gilmore had in mind an ensemble of 20,000 that would “whip creation” in size and sound.

Not everyone was thrilled by the so-called “monster concerts” that swept through nineteenth-century America. One participant, singer Erminia Rudersdorff, wrote to critic Joseph Bennett from Springfield, Massachusetts, on July 19, 1872:

Altogether the festival has been a terrible humbug and failure. It was a hideous nightmare, and all are awaking, and trying to believe it never took place. A.B. will tell you of my own glorious successes, and of that never-to-be-forgotten scene when I sang “God Save the Queen.” It is my almost only pleasant recollection, for what do I care for all my other encores and recalls in such a place?

But that frantic recall, that rising of the mass to wave their handkerchiefs and hats, their insistence upon an encore, and that shout for England when I brought on Dan Godfrey to play for my encore, I shall never forget. It was the best thing at the Jubilee, although Gilmore spoiled the beginning by making the organ play the first part twice over. The chorus came in, and it was awful till I came to the rescue. Godfrey can tell you of that scene.

The real Bostonians were immensely disgusted with this big show. All the gentlemen’s houses were shut up, and all real musicians left the city. The Music Committee were never once called, and Gilmore and his private secretary made the programs.

Such programs! See what John Dwight says. Upon my word, had I not my £1500 in my pocket (my only excuse) I should never hold up my head again for having been concerned in such a “thing.” Dear Mr. Bennett, such gigantic outbursts are really and truly distressing!...There was great discontent among the chorus, and he will never get them together again. Thank God.