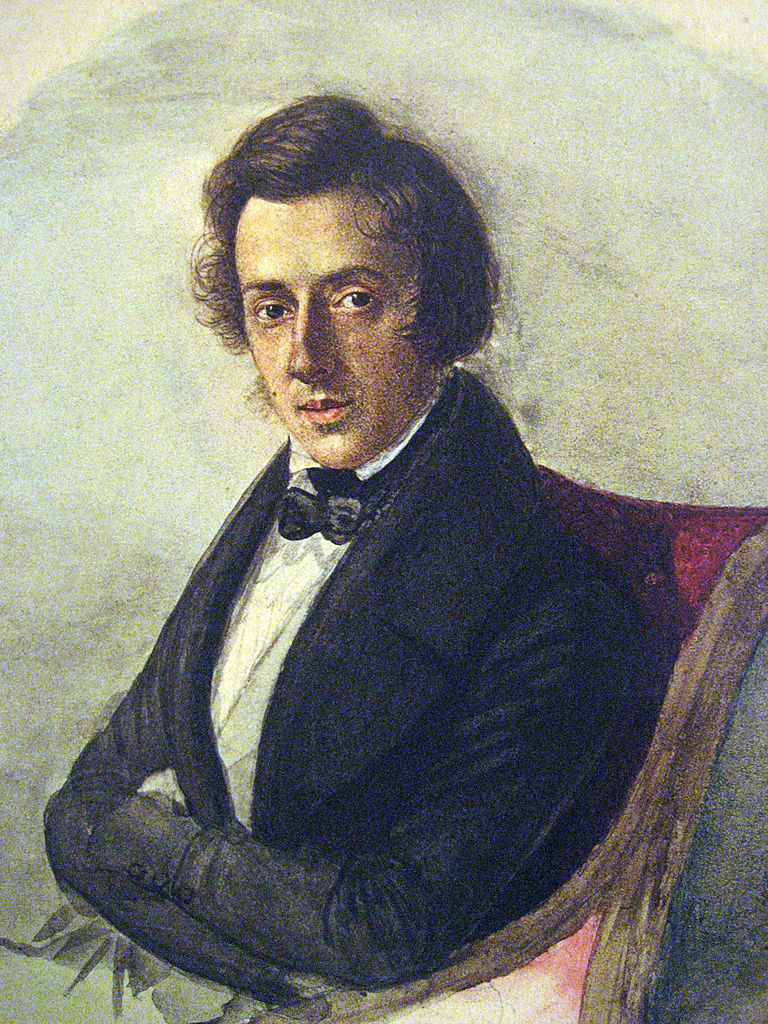 On March 27th, 1830 a twenty-year-old Polish pianist, Frederic Chopin, was concertizing in Warsaw and he wrote to a friend in a nearby town:

“About the first concert: The hall was full, and all the boxes and stage seats were sold out three days in advance, but most of the audience didn't get the impression I expected.  Only a few of them appreciated the first Allegro from my concerto. There were some bravos but I think only because they were puzzled and had to pose as connoisseurs.  The Adagio and Rondo had some effect, elicited some spontaneous shouts.  But the Potpourri on Polish themes, as far as I could tell, didn't fly.  They applauded in the spirit of ‘let him go away knowing that we aren't bored.’

“That evening the critics--the ‘gods’--and the people in the orchestra seats were quite content, but the people in the pit complained that I played too softly.  They would have preferred to be in the cafe hearing the discussions about me.  The Polish Courier, while praising me to the skies for the Adagio, advised more energy.  Guessing where that energy lies, in the next concert I played a Viennese piano instead of my own, so the audience--even larger than before--was happy.

[“Clapping, exclamations that I had played better the second time than the first, that every note was like a pearl, and so on.  Calling me back, yelling for a third concert.]  The Krakowiak Rondo had a tremendous effect.  Applause broke out four times.

“Finally I improvised, but not the way I wanted to--that wouldn't have been for the public.  You'll notice that all the major newspapers were pleased.  I was sent a laurel wreath and some verses.  Mazurkas and waltzes have been written on themes from my concerto.  An accompanist asked me for my portrait, but I couldn't allow that--it would've been too much at once, and anyway I don't want anyone to wrap butter in me.“

Frederic Chopin taking his new fame in stride after the success of his first concerts in Warsaw, writing to a friend on March 27th, 1830.