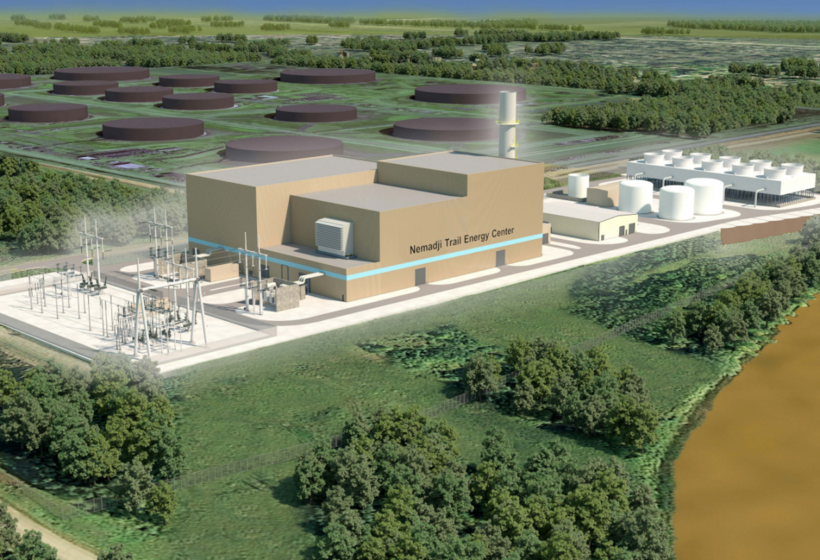 Further environmental study of plans to build a $700 million natural gas plant in Superior will not be required under Minnesota law after a Minnesota Supreme Court ruling on Wednesday. The decision is a step forward for two power providers and a blow to environmental groups.

The ruling overturns an appeals court decision that ordered the Minnesota Public Utilities Commission to study whether the project could pose significant environmental effects.

La Crosse-based Dairyland Power Cooperative and Duluth-based Minnesota Power received approval from regulators in both states to build the 625-megawatt Nemadji Trail Energy Center. The Wisconsin Public Service Commission signed off on the project early last year while Minnesota regulators approved the project in 2018, prompting a challenge from environmental groups.

The court ruled that the Minnesota PUC is not required to conduct a review under the Minnesota Environmental Protection Act before approving "affiliated-interest agreements that govern construction and operation of a Wisconsin power plant by a Minnesota utility."

The court reversed the appeals court ruling and remanded it back to the court of appeals to determine whether the commission’s decision to approve the agreements was supported by "substantial evidence."

Minnesota Power and Dairyland Power argue the plant is necessary for the two to reduce carbon emissions and transition to renewable energy sources. The gas plant is part of Minnesota Power’s plan to go carbon-free by 2050. Dairyland set a goal last November to cut carbon emissions in half from 2005 levels by 2030. It previously announced plans to retire its Genoa coal plant sometime this year.

Gov. Tony Evers has set a goal for utilities to go carbon-neutral by 2050, but environmental groups have argued the plant would be an "environmental and economic disaster." Natural gas emits about half of the carbon dioxide when burned compared to coal, but they highlight renewable energy is a cleaner and cheaper source of energy.

The decision is a step forward for the project, which still faces a legal challenge in Wisconsin. Clean Wisconsin and the Sierra Club filed a lawsuit in February last year, seeking a review of state regulators’ decision to approve the natural gas plant.

"Wisconsin is responsible for doing a thorough, accurate environmental review for this power plant, and Minnesota is not going to do it," said Nekola. "So, it's really important that Wisconsin gets it right."

Minnesota Power said in its statement that it continues to seek permits for the project in Wisconsin. The utility has said the plant will create 260 construction jobs and provide a $1 billion investment over the next 20 years. Minnesota Power and Dairyland Power hope to have the facility in service by 2025 pending any permit approvals or legal challenges.