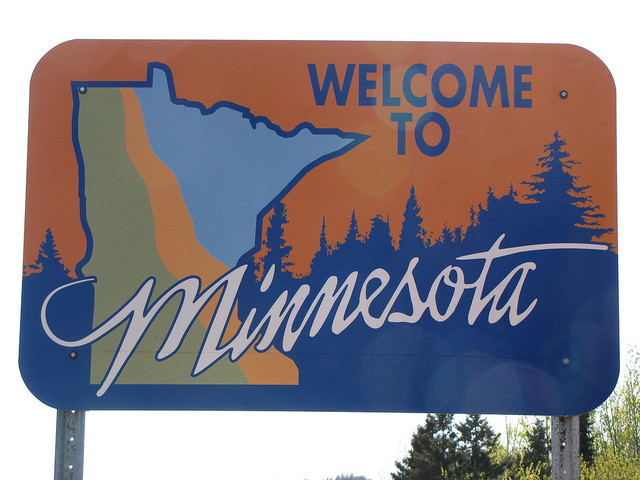 Minnesota is shelving talks with Wisconsin to restore tax reciprocity between the two states. However, Wisconsin’s top revenue official says Minnesota rejected an offer they sent in June.

Around 20,000 Minnesotans work in Wisconsin, while roughly 50,000 Wisconsin residents work across the border.

Wisconsin Department of Revenue Secretary Rick Chandler expressed disappointment in Minnesota’s decision to abandon an income tax agreement with Wisconsin in a prepared statement on Tuesday.

"We sent Minnesota an offer in June that met all the conditions in the Minnesota statutes," wrote Chandler. "A new agreement would have made tax filing more convenient for tens of thousands of Minnesota and Wisconsin residents by allowing them to file one state tax return rather than two."

In a letter dated June 28, Wisconsin offered to make quarterly payments of $25.25 million for the upcoming 2018 tax year to offset an estimated $150 million in revenues that would be foregone by Minnesota under the agreement. The draft agreement also proposed annual reconciliation payments that would be made with interest beginning on Nov. 15, 2019.

However, Cynthia Bauerly, commissioner for the Minnesota Department of Revenue, wrote in a letter to Chandler last week that Minnesota statutes authorize entering into a reciprocity agreement when it is "in the best interest of the people of this state." She said some Minnesotans who were paying higher taxes in the absence of an agreement will no longer do so after Minnesota lawmakers included a refundable credit in the state’s 2017 tax bill.

"Given the existence of the new refundable credit that will reduce any negative tax consequence for Minnesotans, and the additional financial exposure for Minnesota’s budget created by the payments required under an agreement, an income tax reciprocity agreement is not in the best interest of the people of Minnesota," wrote Bauerly.

The two states have been working on an agreement after a previous deal that had been in place for decades ended in 2009. Former Minnesota Gov. Tim Pawlenty pulled out of the agreement after Wisconsin was late making payments.

Mike Darrow, city administrator for the western Wisconsin city of New Richmond, about 20 miles from the Minnesota border, said tax reciprocity isn’t a major issue for the community's roughly 9,000 residents. But he hopes the states will continue to work with each other.

"From our perspective, when there’s partnerships whether it’s local, county or state partnerships, I think everybody wins," he said. "I’m hopeful that they’ll be continued or at least a renewed partnership to see some of these issues get resolved because ultimately the people that stand to lose are the people who reside in both of those states."

"There should be a program to try to work out and resolve (differences over an agreement) because at the local level, we’re relying in part on the taxes that gets collected at the state level to try to provide the services that we do," he said. "I would encourage the folks in Minnesota to keep being open to the conversation to see if there is some way it can be worked out."

In his statement on Tuesday, Chandler said Wisconsin is still willing to reinstate reciprocity "if Minnesota agrees to do so."