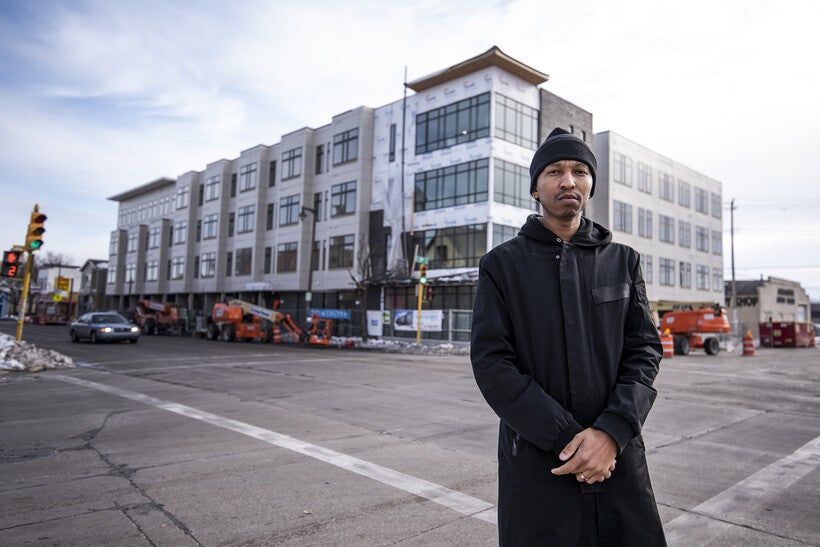 Que El-Amin has been interested in buildings since he was a kid. Growing up in Milwaukee, he enjoyed taking trips with his parents to other cities because he got to see different styles of architecture.

As an adult, El-Amin, 36, has turned that fascination with buildings into a career as a developer, working to bring new affordable housing with modern amenities to some of Milwaukee's most economically challenged neighborhoods.

"I’ve grown up in Milwaukee, I’ve seen how its changed," El-Amin said. "Being from here, it’s just nice to come back and revitalize the area."

When he was a kid, he rode his bicycle up and down Villard Avenue, once Milwaukee's original downtown. There are still shops there, but the street on Milwaukee’s northwest side is far from the city’s economic center.

El-Amin is building 43 affordable town homes there. And last summer, he kicked off a $60 million project a few miles away that will transform a former Briggs & Stratton industrial site into about 200 apartments when it opens next year.

Both projects are located in Milwaukee’s 30th Street Industrial Corridor.

El-Amin says he knows what stable housing can do for people and wants to provide that for his neighborhood.

"When you are in a stable environment, you are a lot more creative, your grades are better, you have better relationships," El-Amin said. 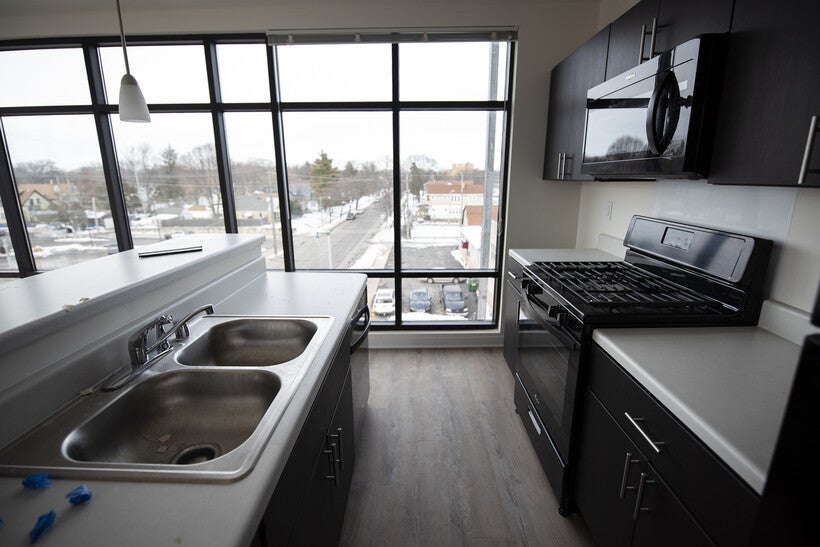 A kitchen in a corner unit at Que El-Amin's Villard Commons development in Milwaukee has an expansive view of the area. Angela Major/WPR

Rents in Milwaukee County are not particularly high compared to those like Madison's Dane County, the Twin Cities' Hennepin County or Chicago's Cook County, but they are still unaffordable for many people because Milwaukee has many families living near the poverty line, according to the Wisconsin Policy Forum.

The group reports the median rent in Milwaukee County is about $860 dollars a month. But more than one-third of Milwaukee households earn less than $20,000 a year.

Joe Peterangelo, a senior researcher at the Wisconsin Policy Forum, said those households can only afford to spend about $500 a month on rent.

"That doesn’t leave much room to cover other needs such as food, transportation, health care, not to mention other expenses that may arise," Peterangelo said.

The city spends about $12 million a year in local and federal funding on housing assistance programs. That money supports renters and people who want to purchase their own homes. Peterangelo said that’s not bad, but he argues Milwaukee could streamline its 21 different programs and hire a housing director.

Meanwhile, developers like El-Amin are working to address the quality of housing in Milwaukee, which is also an issue. Homes in the city are old. Many of them were built in the late 1800s or in the early 20th century.

El-Amin wants to offer people an opportunity for something new.

"A lot of times people are renting homes that don’t have running water, that have holes in the ceilings and the walls," El-Amin said. "So we just want to make sure that we are bringing in nice affordable housing."

He even plans to include amenities in his developments that you might find in high-rent or suburban buildings like gyms and putting greens. El-Amin's apartments will range from $300 to $1,300 a month, depending on unit size.

While El-Amin is a private developer, he has an ally in the mayor's office. Three years ago, Mayor Tom Barrett announced an initiative to create 10,000 affordable homes in 10 years. El-Amin is receiving financing from the city for both of his projects. He estimates there are about 1,000 units are currently under construction, including his. And he welcomes any competition.