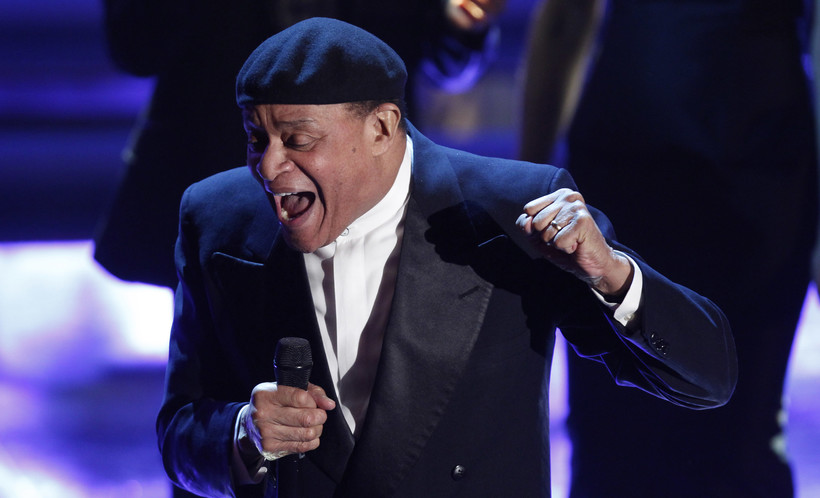 Al Jarreau performs during the Sanremo Song Festival, in Sanremo, Italy in 2012.

Milwaukee Native Al Jarreau Remembered For Music And Helping Others

Grammy-winning vocalist Al Jarreau is being mourned across the world, including in his home state of Wisconsin. He died Sunday in Log Angeles at age 76. According to his Facebook page, Jarreau was hospitalized last week for exhaustion. He is survived by his wife, Susan, and a son, Ryan.

Jarreau won seven Grammys over a 50-year career and is the only vocalist to win Grammys in three separate categories: pop, jazz and R&B. His hit recordings included "We're In This Love Together" in 1981. Jarreau was a vocalist on the all-star 1985 track, "We Are the World," and sang the theme to TV's "Moonlighting."

Jarreau was born in Milwaukee in 1940, the son of a minister. He sang in the church choir, and at PTA meetings, while his mother accompanied him on piano.

Jarreau returned to the city last fall to be honored by the Wisconsin Foundation for School Music. The foundation's executive director, Tim Schaid, said Jarreau was an excellent musician, and a great humanitarian.

"He believed in people, he believed in individuals' ability to follow their dreams, " Schaid said. "Music was Al's number two priority, and he didn't have a third. His first priority was helping people, and if that happened to occur due to his music, then great."

"You could just tell he just had a passion for high school students, middle school students, and motivating them to succeed in ways that connect with their hearts. It was fantastic," Schaid recalled.