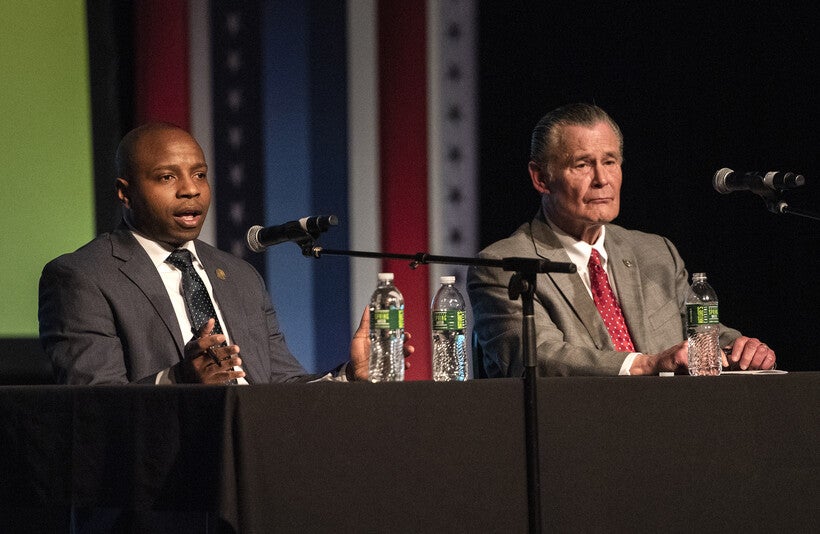 Milwaukee mayoral race could mark a historic milestone for the city

Milwaukee residents will have a chance to participate in a historic election April 5. For the first time since 2004, there is no incumbent on the ballot.

On the ballot is Bob Donovan, a self-described conservative who served as an alder for many years and acting Mayor Cavalier Johnson. If Johnson wins, he will be the city’s first elected Black mayor.

Donovan and Johnson were the top two votegetters during the Feb. 15 primary, although Johnson decidedly won the race with nearly 42 percent of the vote. Donovan received 22 percent in the seven-person race for the seat vacated in December by long-time Milwaukee Mayor Tom Barrett, who resigned in December to become the U.S. ambassador to Luxembourg.

Still, less than a quarter of registered voters went to the polls in February, according to the Milwaukee Election Commission. And now, in the weeks leading up to the general election, enthusiasm for the race is still lagging, despite numerous events across the city held by civic groups hoping to engage the electorate. 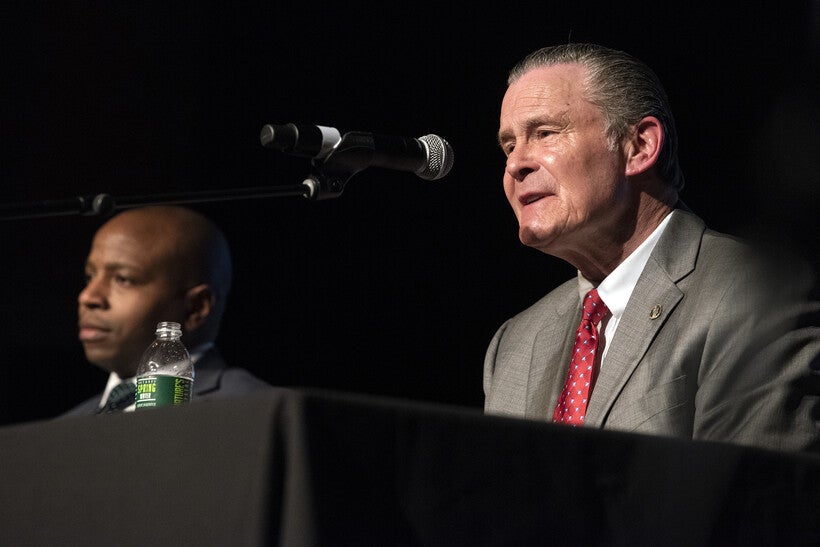 On an afternoon in early March, customers at the Blue Kangaroo laundromat on Milwaukee’s south side put coins into washing machines and scrolled through their phones while they waited. Most of them were unaware Milwaukee will soon elect a mayor. And for those who do know about the upcoming election, many aren’t planning to vote.

Celio Palacio said he's voted in one election since coming to America from Panama more than 40 years ago. After seeing nothing changed after that election, he decided it wasn’t worth it to vote.

"I always like to read the platforms of each of the candidates, and most of the time, it just doesn’t work," Palacio said while loading his clothes into the washing machine.

The Blue Kangaroo, on the corner of South 29th Street and West Greenfield Avenue, is in voting ward 216. It’s Donovan’s district. He lives about three blocks from the laundromat, but Johnson got 44 percent of the vote in the ward. Donovan received 39 percent.

John Johnson, a research fellow at Marquette University Law School, said ward 216 is a good indication of what’s ahead in the general election — including low turnout on April 5.

"Usually turnout goes up quite a lot in the general election for mayor, but that also coincides with the presidential preference vote and contested elections for statewide elections for Wisconsin Supreme Court," John Johnson said.

That won’t be the case April 5.

In some parts of Milwaukee, the mayoral race will be the only thing on the ballot. Some districts will also vote for a new Milwaukee County Board supervisor.

Donovan, who formerly chaired the Milwaukee Common Council's Public Safety and Health Committee, has made public safety his No. 1 priority in this race.

He has called for more police officers and tougher penalties for criminals.

"We have individuals in Milwaukee who behave badly, who behave in criminal ways because they feel there are no consequences for their actions," Donovan said March 6 during a speech on Facebook. 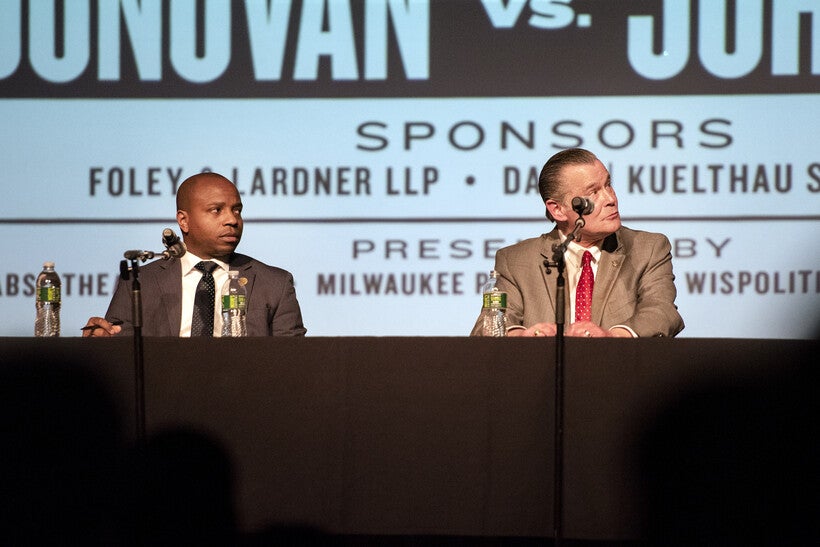 Cavalier Johnson has also called for a stabilization of the Milwaukee Police Department, by adding about 200 officers previously lost during city budget cuts.

"It’s my intention to make sure the level of policing is stable, so we don’t see these plummets in police officer strength in the city," Cavalier Johnson said in January when he unveiled his public safety plan.

Cavalier Johnson has said investing in neighborhoods will help with Milwaukee’s public safety issues including reckless driving, which he has called the "No. 1 quality of life issue" in Milwaukee.

He has also pledged to invest $5.5 million in federal American Rescue Plan funds in Milwaukee's Office of Violence Prevention.

But the call from both candidates for more police officers hasn’t resonated with everyone.

For the first time since the organization was founded, political advocacy group Black Leaders Organizing Communities did not endorse a candidate in the mayoral race. The group’s political director, Kyle Johnson, said neither candidate offers a solution to build a thriving Black community.

"We know, after 2020, after however many past years, cops in the Black community, the way the current system is set up, is not working. It’s not a functional system," Kyle Johnson said, adding he'd like to see the next Milwaukee mayor be more progressive than the two candidates running.

"We have former alderman Bob Donovan and current acting mayor Cavalier Johnson, two candidates that have been in power for a long time, and now it’s time to hold them accountable," Kyle Johnson said. "We know this current power structure has not operated to the benefit of everyone. And it needs to be."

Cavalier Johnson said he understands the concern, but people are worried about public safety, and they want to see a stable police force.

Back at the Blue Kangaroo, Karla Ferreira is looking for stabilization in her neighborhood. She has worked at the laundromat for three years and lives nearby.

"I have been seeing too much difference between other neighborhoods and this community, it needs a lot of help," Ferreira said. "If we motivate people to be more productive, I think this area can have a big change."

And the business community feels the same.

Tim Sheehy heads the Metropolitan Milwaukee Association of Commerce, he said Milwaukee is blessed with rich diversity and its residents all want the same thing: safety, prosperity, educational opportunities and a clean environment.

Sheehy said the election of a new mayor is exciting for the city because it doesn't happen very often in Milwaukee. In the last 60 years, there have been four mayors. Sheehy said no matter how it turns out, it's a chance to look at the city's challenges in a new way.