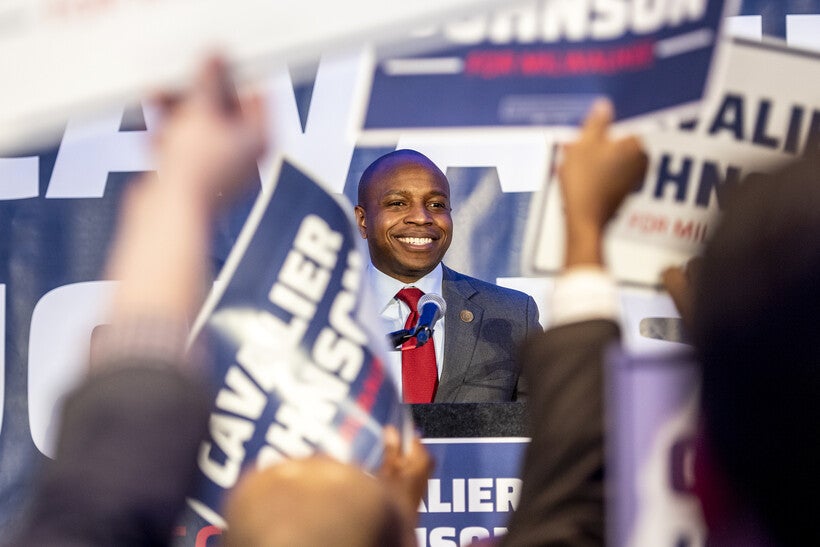 Johnson and Donovan’s victories in Tuesday’s primary election could mean a historic change for Milwaukee. Wisconsin’s largest city could have its first elected Black mayor, or with Donovan, have a conservative leader for the first time.

There were 30,018 absentee ballots issued in the city and 22,103 received, according to the clerk's office. Those votes were counted by 11 p.m.

Johnson held his victory party at Potawatomi Hotel & Casino. He emerged to Katy Perry's "Piece of Me," while a crowd of nearly 100 supporters cheered. Johnson was flanked by his wife and three young children, who he said he's raising in the city he loves but can be heartbreaking at times.

"I believe I am the right person for this moment, I have lived these struggles," Johnson said. "I am a Black man who has seen the best and worst in this community. I have been the victim of crime in this city and I have a bullet in my car to prove it. I have a brother who runs a prison facility and another brother in prison."

Donovan claimed victory at around 8:45 p.m. and asked people to jump on his bandwagon, which he said he plans to take all the way to City Hall.

"If I'm given this opportunity as mayor of this great city of Milwaukee, I pledge to you we will get things done and get this city headed in the right direction," Donovan said.

Donovan added that Johnson has outspent him by 10 to 1.

"He certainly has the support of the big money special interest," Donovan said, "but my question to you, and my question to every citizen in Milwaukee, 'Who's going to elect the next mayor? Money or the people?'" 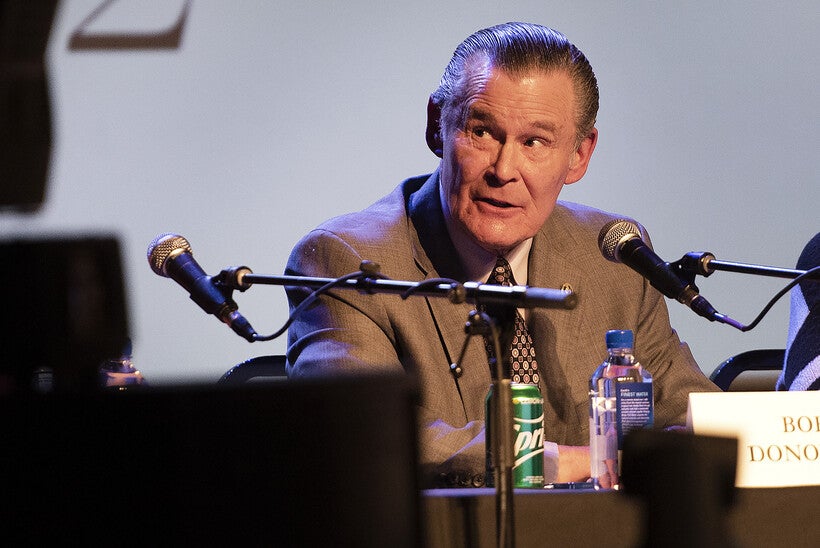 Tuesday's primary marked the first time since 2004 there was not an incumbent running for mayor in Milwaukee — resulting in seven people running for the position.

Barrett served as Milwaukee's mayor from April 2004 until he resigned in December to become the U.S. Ambassador in Luxembourg.

Johnson became acting mayor on Dec. 23 and still holds his role as Milwaukee Common Council president. During his campaign, he's stressed the No. 1 issue in Milwaukee is public safety, including reckless driving, shootings and homicides.

Johnson has said it's time to repair the broken relationship Milwaukee has with the state Legislature, pointing specifically to the state's shared revenue system, which he said most acutely affects Milwaukee.

Donovan has also said public safety is a top priority. He said he believes more police officers are needed after recent cuts to the department because of city budget constraints.