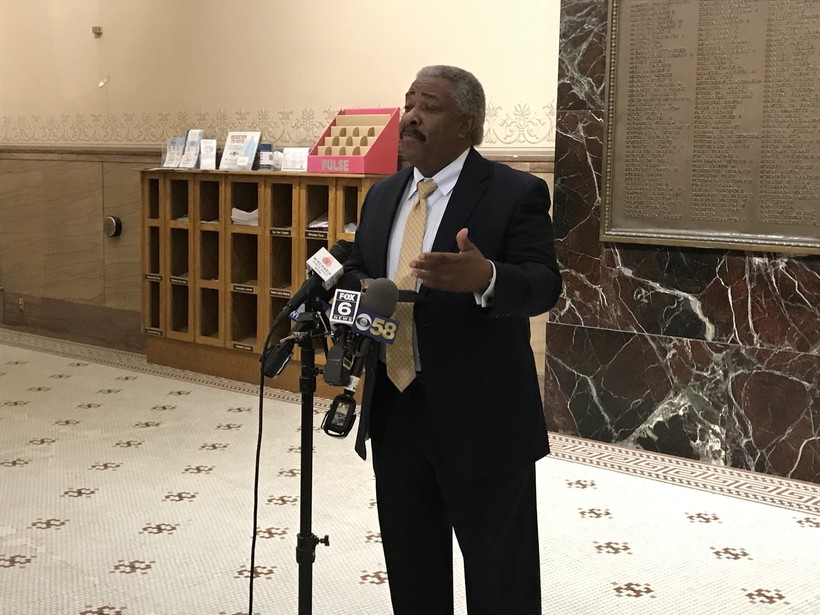 Since the beginning of 2020, 21 attorneys and staff members have left the Milwaukee City Attorney's Office, as of September.

In a press conference Friday, city attorney Tearman Spencer attributed the departures to low pay and to natural turnover under new leadership. Spencer took over the job in April 2020 from Grant Langley, who held the position for 36 years.

"People just don't like change," Spencer said. "I thank them for the service that they had; and every person that stayed in the office, I'm extremely happy about, because civil servants are the backbone of our city."

Spencer said some people left quickly after he was elected because of the change in leadership, while others waited to leave until more recently because of the uncertainties of the job market during the coronavirus pandemic.

On Friday, he called on the Milwaukee Common Council to raise pay for his employees.

"If you want to make things better, give them the money that they ask for," he said. "People want to leave, of course. Five, 10 years of being in a place without a raise, what would you want to do?"

The Milwaukee City Attorney's Office is authorized to have 35 assistant city attorneys. Spencer said there are only two or three vacancies, with two more recently filled.

Since Spencer took office, former employees have alleged "ethical violations by the city attorney" and said they are "fleeing the toxic and hostile work environment." The Milwaukee Journal Sentinel has reported allegations of sexual harassment by Spencer and revealed his top deputy is running a law firm on the side.

He pushed back on the idea that there could be a toxic work environment when most employees were working from home because of the pandemic.

Spencer has also clashed with the Milwaukee Common Council over how situations with the Milwaukee police union have been handled and who is to blame over the botched demotion of ex-Police Chief Alfonso Morales, who ultimately walked away with a $627,000 settlement.

Spencer said at one point that he takes full responsibility for any issues in his office, and at other points took reporters to task for holding him responsible for issues that started before his tenure.

"I'm new here, how could I have created all these problems that dates back to five to 10 years ago?" he said. "And now all of a sudden it is a new problem existing, and I haven't dealt with it, really?"

Spencer suggested that what he describes as "unscrupulous media coverage" and journalists "harassing" employees has also contributed to some people wanting to leave, and potential applicants not wanting to work for his office.

"We had a lot of exodus because people didn't want to be part of the scrutiny of media, to go through what I have to go through," he said.

When one reporter asked Spencer when he should be held responsible for any ongoing issues in the department, rather than former city attorney Langley, he said that he hasn't been given the opportunity to be judged on his own merits.

"I haven't had an opportunity, day one I've been persecuted, and it continues," he said. "I'd love for my day to have been day one, but it wasn't, and it isn't now."