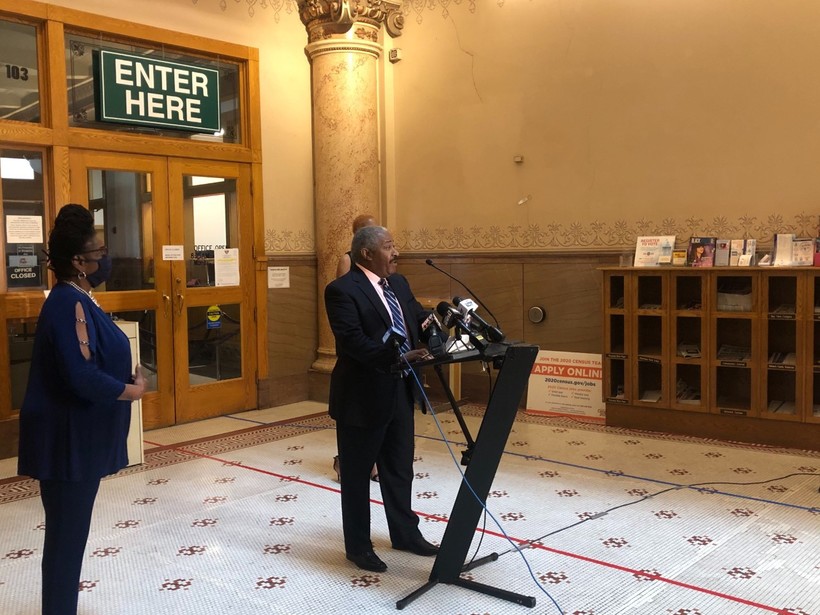 Since Milwaukee City Attorney Tearman Spencer took office in April 2020, allegations of "ethical violations by the city attorney" and "fleeing the toxic and hostile work environment" have been leveled by former employees.

Spencer's office lost 12 attorneys and two staff members this year. He lost nine in 2020, according to the city's Department of Employee Relations.

The Milwaukee City Attorney's Office is authorized to have 35 assistant city attorneys. Only 29 positions are currently filled. The committee voted to fill the positions.

The majority of the vacancies have been women and people of color.

This week, the city's Finance & Personnel Committee addressed the mass exodus from the department following numerous media reports of turmoil under Spencer’s leadership.

But during the committee, Alder Scott Spiker said he disagrees.

"I don't buy the claim that this was a purging of Langley loyalists, self-imposed or not, given the trends, given who you're losing and given that it continues to happen," Spiker said.

"There is a disturbing trend with women leaving the City Attorney's Office," Spiker said. "Whether or not he's directly supervising the (assistant city attorneys), it's true. You have directors, but (Spencer) sets the climate."

Milwaukee Journal Sentinel has reported allegations of sexual harassment by Spencer and revealed his top deputy is running a law firm on the side.

Spencer has also clashed with the Milwaukee Common Council over how situations with the Milwaukee police union have been handled and who is to blame over the botched demotion of ex-Police Chief Alfonso Chief Morales, who ultimately walked way with a $627,000 settlement.

Removing Spencer from office is unlikely. It would require 12 votes on the 15-member Common Council.

Spencer said the people who have quit his office were disgruntled before he was hired. And he accused Spiker of having a vendetta against him.

Spencer said bringing him into a meeting to question him about his department was "out of hand and irrelevant."

"I think if we spend that same energy focusing on what we need to do to better the city, the better off we'll be," Spencer said. "We don't need to talk about my record, Spiker, check your own."