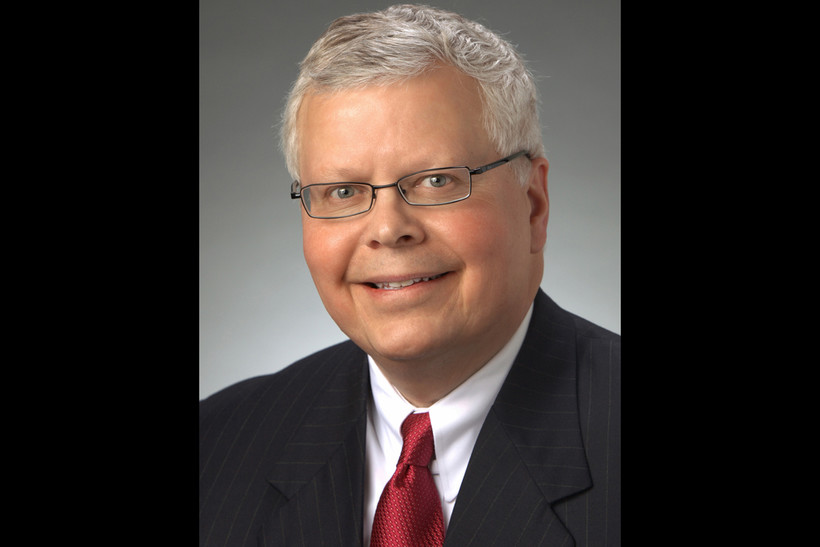 Jay Rothman, Milwaukee attorney and CEO of international law firm Foley and Lardner, will be the next president of the University of Wisconsin System. Photo courtesy of UW System

Announcement comes 2 years after a prior search for a permanent leader of state universities collapsed
By Rich Kremer
Updated:
Friday, January 21, 2022, 3:30pm
Share:

Jay Rothman, Milwaukee attorney and CEO of international law firm Foley and Lardner, will be the next president of the University of Wisconsin System.

The UW Board of Regents met in closed session Friday to choose between Rothman and UW-Eau Claire Chancellor Jim Schmidt. The men were named finalists by a regent committee last Friday.

Rothman will replace Tommy Thompson, the outgoing UW System interim president and former governor who stepped into the role in June 2020 after a previous search for a permanent leader collapsed.

In a UW System press release, Rothman said he is humbled by the opportunity to lead the state's universities.

"I intend to lead by listening first, so that the experience I have gained over my lifetime in Wisconsin can help us build a great UW System together," Rothman said. "This is not an original sentiment, but I want to say it because I believe it: the UW System is our state’s crown jewel, and a vibrant UW System builds a strong Wisconsin."

"I am confident that in partnership with our chancellors, faculty, and staff he will strengthen the UW System for the students and people of Wisconsin we serve," Manydeeds said.

Earlier this month, Thompson announced he would resign from his position as interim leader March 18. Manydeeds said he has asked former UW Regent President Mike Falbo to serve as interim president from March 18 until June 1.

Karen Walsh, regent vice president and vice chair of the presidential search committee, described Rothman as a "leader who has chosen to dedicate the remainder of his outstanding career to our students, our faculty and staff, and our taxpayers."

"He has the leadership and executive management skills our university system needs," Walsh said. "He understands organizations. He builds consensus. He believes in the profound value of higher education."

Rothman has served as the chair and CEO of Foley and Lardner since June 2011 and has been a member of the firm's management committee since 2002. Rothman has never held a university leadership position.

On Nov. 1, 2019, former Regent President Andrew Petersen named a search committee made up of regents, past regents and system chancellors. The committee was charged with picking Cross' replacement. That sparked criticism from some system employees and Democratic Gov. Tony Evers who questioned why employees and nonregent students were excluded.

In June 2020, the committee named a single finalist in the search to replace Cross. A press release announcing that former University of Alaska System President Jim Johnsen would be the only person considered for the job said there had been a strong candidate pool but several candidates removed their names from consideration.

This also drew the ire of some employees and groups like the American Association of University Professors Wisconsin Conference who called for regents to declare a failed search and start over.

But regents pushed ahead and held an online public forum with employees posing questions to Johnsen on June 9, 2020. Johnsen's interview only seemed to fan the flames among those already upset with the search process.

On June 11, 2020, Johnsen withdrew from the search and issued a press release stating it was clear to him that he was called to lead the Alaska system through the pandemic and that he appreciated strong support from the search committee while noting "it's clear they have important process issues to work out."

Johnsen resigned as president of the University of Alaska System soon after.

A Wisconsin Public Radio open records request for regent communications regarding the search uncovered an email from a recruitment consultant that said two individuals made it clear they'd only participate in the search if they could be named as the sole finalist.

In an interview with WPR, Johnsen said he was told that he would be the sole finalist a month before the public announcement, but that he wasn't one of the candidates that asked for such consideration.

When the 2020 search collapsed, Petersen called it "a dark day for the UW System."

"If leftist liberals on campus can’t decide on the UW System president, they become critics and drive out a qualified leader," Vos said at the time. "We can’t let intimidation become the way we choose our campus leaders."

On June 19, 2020, the UW System announced Thompson would lead the system as interim president.

During his tenure, Thompson oversaw state colleges' response to the COVID-19 pandemic, initiated a vaccination incentive program for students, launched efforts to reform university purchasing and payroll systems and negotiated an end to a freeze on tuition increases for in-state undergraduates that started in 2013.

As Rothman steps into the system's top leadership position, he'll face multiple challenges including declining enrollment at two and four-year campuses and a Republican-controlled Legislature that has often been at odds with the state's university system.