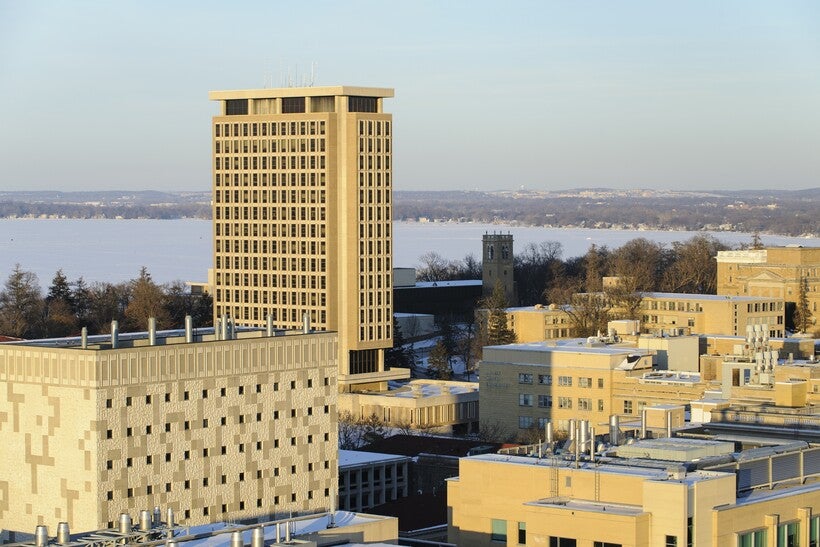 Van Hise Hall towers above the rest of the University of Wisconsin-Madison campus as the winter sun begins to set on Feb. 11, 2014. The UW-System is housed within Van Hise. Jeff Miller/UW-Madison

Finalist Named In Search For Next UW System President

Jim Johnsen, Current President Of University Of Alaska System, Is Only Finalist Left After Others Drop Out Late In Process
By Rich Kremer
Share:

A single finalist has been named in the search to replace outgoing University of Wisconsin System President Ray Cross. Jim Johnsen, who currently serves as president of the University of Alaska System is the only finalist that didn't drop out of the search process.

A press release issued by the UW System Administration office said the search process for the next System president is moving to it's next phase with Johnsen's selection.

"The candidate pool that was developed and reviewed by the committee was very deep and strong, and included a number of impressive and qualified candidates at each step of the process," said UW Board of Regents Vice President Michael M. Grebe, who chaired the Presidential Search Committee.

But the release also admits that "several candidates removed their names from consideration at the end of the process, with some expressing concern over being named publicly as a finalist during the pandemic."

"The committee unanimously agreed on a first choice of finalist in Dr. Jim Johnsen as a strong, qualified, collaborative leader who would be an excellent choice as the next president of the UW System," said Grebe.

A request for interviews with Grebe and Johnsen was denied by a UW System spokesman. 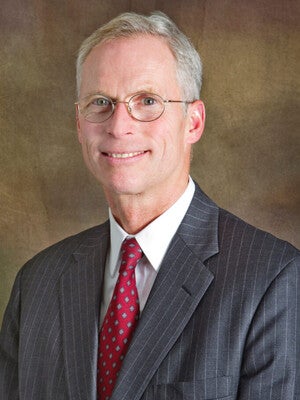 Jim Johnsen has been named as the sole finalist in the search for the next University of Wisconsin System President. Photo courtesy of the UW System

According to news reports, Johnsen recommended closing the University of Alaska Anchorage's School of Education after it lost its accreditation. UAA Faculty Senate members held no-confidence votes against Johnsen in 2017 and 2019. In October, the UAA Faculty Senate executive board asked the Alaska Board of Regents to remove Johnsen from his position as president.

Last week, Johnsen said during a press conference that restructuring options were being considered for the Alaska universities including ending 50 degree programs across the system to address declining revenues.

On May 7, outgoing UW System President Ray Cross outlined a proposal that calls for eliminating major degree programs across state universities other than UW-Milwaukee and UW-Madison. Cross said while the ideas were his the implementation would be up to the next UW System president.

For some faculty members within the UW System, the search process, its single finalist and Johnsen's history with faculty at Anchorage is concerning.

"The fact that the faculty and staff and students were shut out of this search process here in Wisconsin was disturbing at the outset," said Nerissa Nelson, a librarian at UW-Stevens Point and president of the campus union. "And the outcome of that search that just happened this morning is very angering and concerning. I think the solution that people have talked about is that this should be a failed search, that they need to start over."

Nick Fleisher, UW-Milwaukee professor and president of the American Association of University Professors Wisconsin Conference, said the announcement of a single finalist coming out of the UW System presidential search process indicates that regents had a candidate in mind all along or that there was not a sufficient pool of qualified candidates.

Fleisher has criticized the search committee for not having any faculty, staff or students on it. The eight member committee included regents, ex-regents and campus administrators. He said that alone may set the new UW System administration off on the wrong foot.

Fleisher said he and other faculty will try to work with Johnsen but there are avenues to follow if things don't work out.

"You know, a year from now, the Board of Regents will have majority of Evers appointees on it. And if the new system president turns out to be someone who we think is the wrong person for the job, then, you know, I think that many faculty and other groups will be lobbying the very reasons to replace him," Fleisher said.

Roderick McDavis is managing principle of Washington D.C. based AGB search, which assists universities and systems looking to hire presidents and chancellors. He said it's not uncommon for search committees to end up with a single finalist. He also said that because candidates usually hold high-level leadership rolls at other universities they're sometimes leery of making their names public while looking for another job and finalists often drop out of the running if a university or system is facing significant budget cuts.

"I think anyone who seeks a leadership role as a president or a chancellor wants to be successful," said McDavis. "And obviously, one of the ways that you become successful is if you have the financial resources to do the things that you would like to do and to do the things the institution wants to do. So finances oftentimes can play a big role as to whether people stay engaged in the search process or not."

According to the UW System, the presidential search committee will solicit feedback about Johnsen from chancellors, campus leadership and shared governance representatives on June 9. After that, the committee will decide whether or not to recommend him to the full Board of Regents for approval.