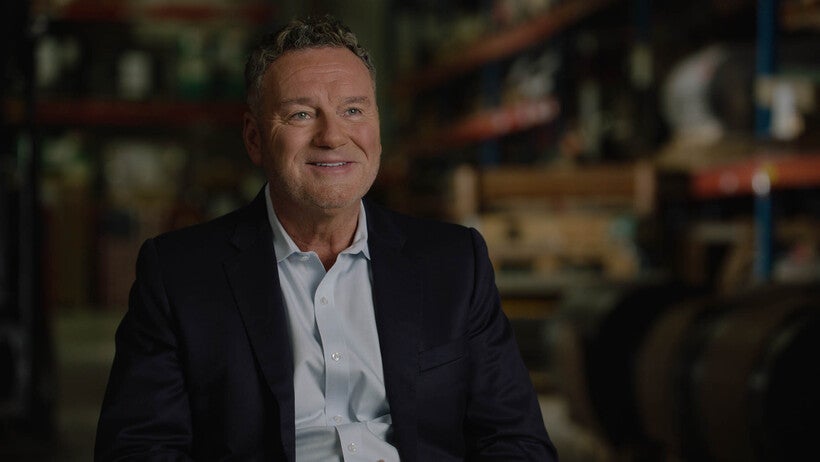 Construction executive Tim Michels said he made no promises to former President Donald Trump in order to earn an endorsement in Wisconsin's Republican primary for governor.

But in a brief interview Friday, Michels echoed some of Trump's criticisms of the 2020 election, declining to say whether he thought President Joe Biden won Wisconsin and taking a wait-and-see approach on whether as governor he'd certify the 2024 presidential election.

Michels, who entered the race for governor in late April, received Trump's official endorsement Thursday over fellow Republicans Rebecca Kleefisch, Kevin Nicholson and Tim Ramthun. While Trump's record in GOP primaries has been mixed, his endorsement has been a game-changer in some states.

Michels said Trump told him he was endorsing him because Michels is the candidate who can beat Democratic Gov. Tony Evers in November. Michels said he didn't make any promises or assurances to Trump about the election, or Wisconsin's election laws.

"Career politicians — they make quid pro quos. And we didn't do that," Michels told WPR. "I wouldn't do that. He didn't ask me for anything. I didn't promise anything. We're just honored to have the support of the President of the United States."

Trump's post-2020 brand has been built on his false assertion that he won the 2020 election. In Wisconsin, Trump has remained a vocal supporter of a Republican election investigation conducted by former Supreme Court Justice Michael Gableman.

Michels said he and Trump "really did not talk at all about the 2020 election." But when asked by WPR whether he believed President Biden had won Wisconsin, Michels declined to say.

"Nobody knows how many fraudulent votes that there were in 2020," Michels said. "I have questions as so many people have questions. You know, Justice Gableman, he's not even sure the extent of it. I'm not the governor now. These problems with election integrity happened in previous administrations. I'm a windshield guy, I want to look forward. I want to make sure that it doesn't happen again."

Trump lost to Biden by fewer than 21,000 votes in 2020, a victory affirmed by a statewide canvas, a partial recount and multiple court decisions. A nonpartisan audit did not uncover widespread fraud.

Should Michels win this year, he'd be governor in 2024 after the next presidential election. In that role, it would be his job to certify Wisconsin's 10 Electoral College votes for whoever wins the popular vote in the next presidential election. That process has historically happened without fanfare, but in 2020, electors took on added significance as a part of Trump's multi-state strategy to overturn the election results.

Asked whether there was any scenario where he would decide not to certify the election, Michels declined to answer definitively.

"I'm a businessman," Michels said Friday. "I don't look forward like that into a crystal ball and say, hypothetically, 'Here's what I'm going to do if this or that happens.' I'm a know-it-when-I-see it kind of guy. I will gather all the information, and I will make the best decision possible at the time for the hard-working, taxpaying, law-abiding citizens of Wisconsin."

In the shorter-term, Michels has promised to abolish the Wisconsin Elections Commission, the bipartisan agency created by Republicans in 2015. It's unclear precisely what kind of agency he'd call for to replace it.

"Something that's better, that's for sure," Michels said. "We'll come up with a new elections commission that runs properly, that has proper representation of the people in Wisconsin."

Wisconsin will hold a statewide primary in February 2023 followed by an election in April where voters will elect a Wisconsin Supreme Court justice to a 10-year term. Michels said he'd address the two elections differently.

"We will conduct that (February) election fairly and effectively, and we will have something in place that at least temporarily replaces WEC," Michels said. "Shortly after, we will have a new and improved election commission that upholds the integrity and honesty of elections in Wisconsin."

Kleefisch, Nicholson and Ramthun have also called for abolishing the Wisconsin Elections Commission while Evers supports it.

In a tweet Friday, Evers criticized Republicans for undermining the election, alluding to Trump's endorsement without naming Michels.

"The 2020 election was free, fair, and secure, but radical Republicans, with Donald Trump’s endorsement, will continue to push the Big Lie and attack our democracy," read the statement from Evers. "The stakes couldn’t be higher."

Like Michels, Kleefisch and Ramthun both pursued Trump's endorsement, visiting the former president at his Mar-a-Lago resort in Florida.

"They all coveted this endorsement, pursued it very aggressively," Michels said. "I think President Trump, what he saw is he saw somebody that can win."

Michels has used his personal wealth to blanket the TV airwaves with campaign ads since he launched his bid for governor.

He wasn't included in the last Marquette University poll of the governor's race because he had just declared his candidacy. That poll found Kleefisch leading the GOP field with support from 32 percent of Republicans, but 46 percent said they did not know who they'd support in the primary for governor.