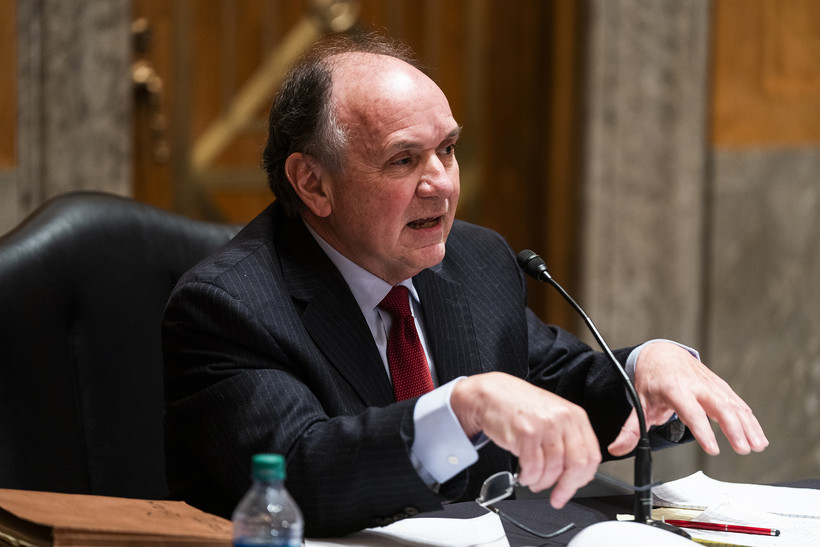 The memo to Trump campaign attorney Jim Troupis laid out a strategy followed by Republicans after Trump's loss in 2020
By Shawn Johnson
Share:

On the same day former President Donald Trump's campaign asked for a partial recount that would begin its challenge of Wisconsin's 2020 election results, a newly uncovered memo laid out the strategy for the campaign's endgame.

The memo, which was published Wednesday by The New York Times, was sent to Jim Troupis, the lead attorney for the Trump campaign in Wisconsin in the days after the 2020 presidential election. It was written by Kenneth Chesebro, a Boston attorney who would later file a last-ditch appeal with Troupis asking the U.S. Supreme Court to overturn Wisconsin's election results.

Dated Nov. 18, 2020, the document is the earliest now on record outlining the Trump campaign's plan to use "alternate" electors to contest the election. The strategy, Chesebro conceded to Troupis, was out of the ordinary.

"It may seem odd that the electors pledged to Trump and Pence might meet and cast their votes on December 14 even if, at that juncture, the Trump-Pence ticket is behind in the vote count, and no certificate of election has been issued in favor of Trump and Pence," Chesebro wrote. "However, a fair reading of the federal statutes suggests that this is a reasonable course of action."

Chesebro's memo outlined a strategy that Troupis and the Trump campaign would ultimately follow when 10 Republican electors met at the Wisconsin Capitol to cast votes for Trump on Dec. 14, 2020 despite election results — affirmed by state and federal courts — showing Democrat Joe Biden had won the state.

It was sent the day after Wisconsin's county clerks finished their canvas of the votes, showing Biden had defeated Trump by nearly 21,000 votes, a number that changed little after the Trump campaign requested recounts of ballots in Dane and Milwaukee counties, Wisconsin's Democratic strongholds.

"Prudence dictates that the ten electors pledged to Trump and Pence meet and cast their votes on December 14 (unless by then the race has been conceded)," Chesebro told Troupis.

Chesbro's memo told Troupis that the basic responsibility of electors was to "make and sign six certificates of the votes given by them" for president and vice president.

"These actions are carried out without any involvement by state officials," Chesebro said.

Republicans later sent signed documents to the president of the U.S. Senate and the National Archives recording the votes. The documents were sent on Republican Party of Wisconsin letterhead.

A U.S. House committee investigating the violent attack on the U.S. Capitol on Jan. 6, 2021 has since subpoenaed two of the "alternate" electors, including former state Republican Party chair Andrew Hitt. Committee chair Bennie Thompson, D-Mississippi, has said the slates of "alternate" electors were used to justify efforts to delay or block certification of the election during a joint session of Congress.

Hitt has said he would comply with the subpoena and issued a statement saying he acted under the "guidance of Wisconsin legal counsel" at the time. Troupis did not immediately respond to an email from WPR seeking comment on whether Chesebro's memo was the source of that strategy.

Acting on behalf of the Trump campaign, Troupis asked for Wisconsin's partial recount on Nov. 18, 2020. The chair of the Wisconsin Elections Commission signed off on the results of that recount on Nov. 30, 2020 which showed Biden had won Wisconsin by 20,682 votes.

On Dec. 1, 2020, Troupis, on behalf of the Trump campaign, filed a lawsuit asking the Wisconsin Supreme Court to overturn Biden's victory, challenging a wide range of absentee voters, including more than 170,000 that were cast in-person before Election Day. The request was so broad it would have rejected Troupis' own ballot.

After the case was bounced back to circuit court, then back to the Wisconsin Supreme Court again, justices rejected the lawsuit on a 4-3 vote on Dec. 14, 2020, handing down their ruling roughly an hour before electors met at the Capitol. It was the latest in a string of defeats in state and federal court for Trump and his allies.

Two days later, Troupis testified at a hearing called by Wisconsin Republican U.S. Sen. Ron Johnson, reviving many of the same arguments that had been rejected in court.