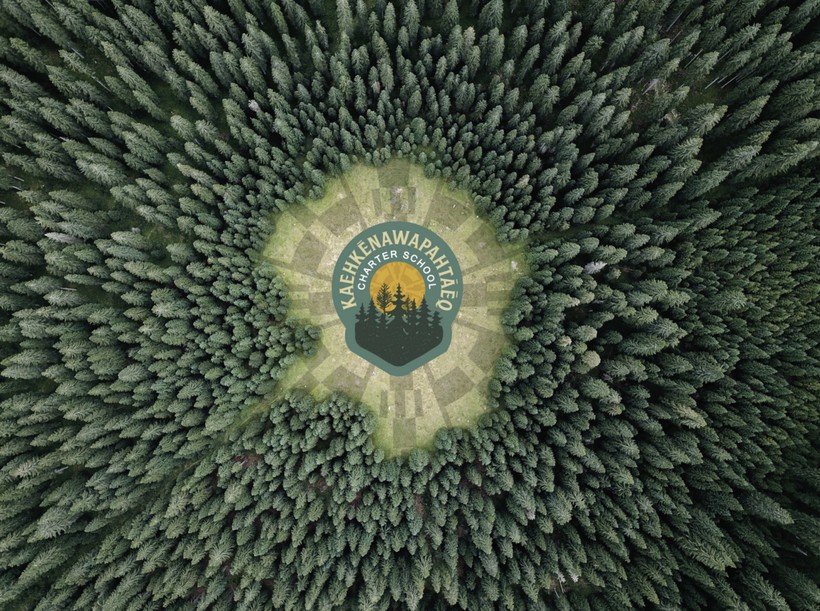 Waqnahwew Ben Grignon and others in the Menominee Nation faced a problem like most Native American nations: With each generation, their language was disappearing.

So, they launched a school to teach children the language.

In 2017, the Menominee Nation started a language immersion classroom at its daycare center. Then this year, the Menominee Indian School District created a pre-K and kindergarten charter school. The new school is called Kaehkēnawapatāēq, which means, "We learn by observing."

"When the immersion program first started, there were very few, if any, children under 5 who were being raised in the language," Grignon said. "And now we have a population here at this school of 33 students who will be totally immersed in our language and in our day care and Head Start."

Grignon is the Menominee Nation’s language and culture coordinator. He recently spoke about the new school with Wisconsin Public Radio’s "The Morning Show." One of the school’s Menominee language immersion instructors, Kākekāēcewan Kara Besaw, also joined the conversation to discuss preserving the tribe’s culture through its language.

Kate Archer Kent: Ben, What is the next step here with the charter school?

Waqnahwew Ben Grignon: We're continuing their education process. A lot of our kids have been immersed in the language since birth. So we’re trying to move along with their immersion experience and their language learning. And so we're starting off this year with pre-K and K. Two classrooms.

And each year, for the next few years, we're going to be adding on another classroom, another grade level.

KAK: What does it feel like in these first few days that this charter school is open?

WBG: Personally, I don't know how to prepare for this. You know, I feel like I'm prepared. But coming back to a traditional idea of what Menominee education is, is something that hasn't been done since, you know, probably before the boarding schools.

So, figuring out how do our students immerse themselves in the language in the forest classroom, in our regular indoor classrooms? I think that's really exciting but something that's also very scary.

KAK: Kara, with school starting, you're one of the teachers. Can you tell us what you've experienced so far?

Kākekāēcewan Kara Besaw: So far it's been quite a learning experience. It's only been a few days, but it's my first time working with children who haven't been with the immersion program since birth.

But I feel a lot of hope coming into our classroom, and I can already see so much growth.

KAK: Young children, they're said to absorb a second language more easily than adults. How important is it, Kara, to immerse the students in pre-K and kindergarten years?

KKB: Well, coming into this, the idea of teaching only in Menominee to children who haven't been exposed to much of it, or as much as the other kids, was kind of daunting or like a really intimidating task to come into. But since beginning teaching for a program, I see firsthand daily how naturally it all comes to them.

And, we can't forget that language is an integral part of who they are as Menominee children, and that alone sets them up for success. So it's important that we keep fostering that for them to help them build that sense of identity in the classroom and outside of the classroom.

KAK: Kara, can you explain how the Menominee language differs from English or other European languages?

KKB: Beginning my language journey, I started as an adult a few years ago, and in the beginning it was a constant effort to unlearn a lot of the English rules, practices, ideals.

But what I'm finding so far is that children don't seem to have this issue, at least not at this age anyway, because they're seeing the world through new eyes, and they have an opportunity to see the world and learn through their own unique Menominee perspectives — while we're outside in the forest.

KAK: Ben, what does society gain by having children learn the Menominee language?

WBG: Oh, you get to see a completely different worldview.

Our kids are going to be seeing the world through our language, and that's really a beautiful thing they're going to see.

They're going to have an understanding of what it means to be Menominee living in Wisconsin, our homeland ... And that's really exciting. And there's the potential and the hope that's behind all of the things that we're doing. It's really a beautiful thing to be a part of and a beautiful legacy to pass on.

Kaehkēnawapatāēq (We learn by observing) 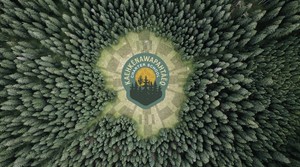 After centuries of forced cultural assimilation imposed by European settlers, 65 Native American languages have gone extinct and another 75 are endangered. We talk with Menominee Nation educators about an immersive Menominee language charter school aimed at preserving tribal culture.