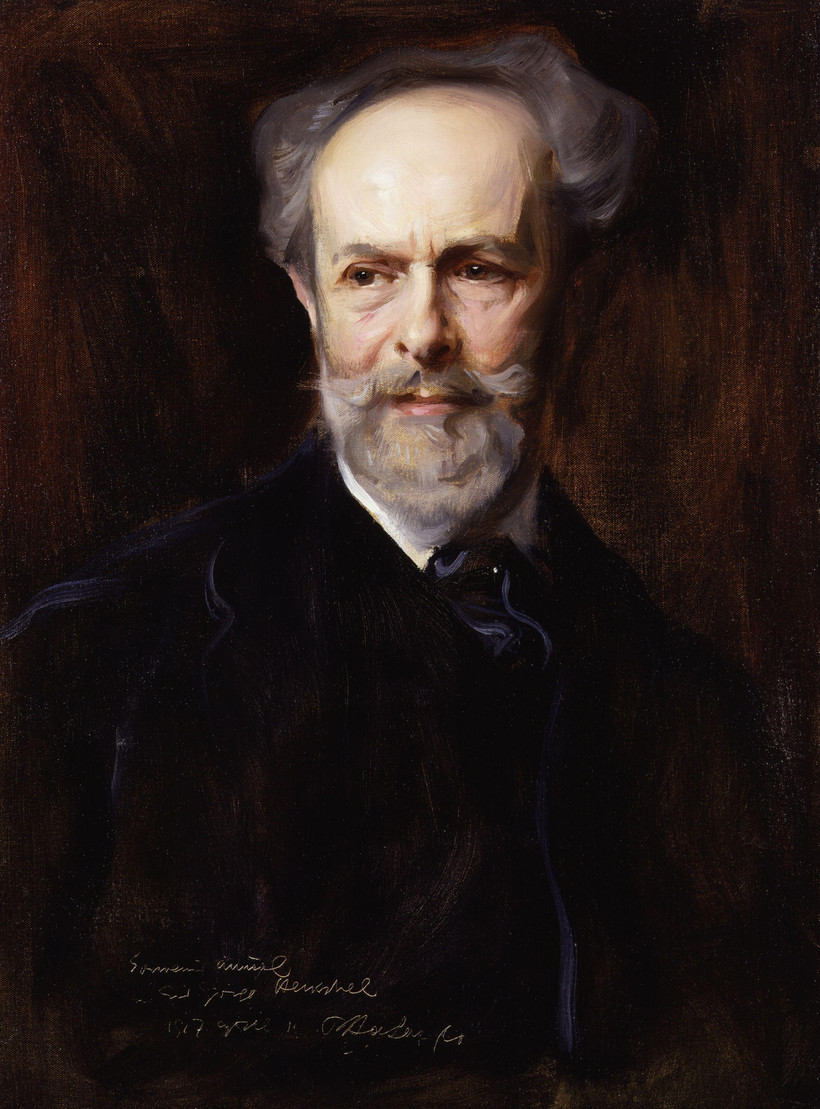 The Meeting of Three Arts

Many fine works of art have resulted from the connection between music and painting. In his memoirs, British baritone George Henschel tells of an occasion when the two arts benefited from a third.

In 1877 Henschel was attending a dinner part at the town house of Lord and Lady Airlie. The guests were awaiting the entrance of the most talked-about artist of the day -- the American painter James McNeill Whistler. The American kept everyone in suspense as they sat there past the appointed time -- and past the time for a fashionably late arrival.

Finally, after everyone had sat down to dinner, Whistler arrived with what Henschel thought was the loudest laugh he had ever heard. It reminded him of Mephisto's first appearance in Berlioz' Faust, "the zigzag flash of trombones...on the single fortissimo clash of the cymbals being no whit more effective than Whistler's Cyclopean laughter."

All through the evening Whistler kept the company entertained with "the dazzling fireworks of his wit."

After dinner Henschel sang a few songs and was flattered when Whistler invited him to one of his Sunday "breakfasts" at which he introduced the singer to buckwheat cakes with maple syrup, which Whistler was proud to have introduced to the British.

The painter introduced the singer to another American delicacy. After a chance encounter on London's Haymarket Street, Whistler told Henschel about an exciting discovery -- a restaurant that imported especially sweet Blue-point oysters. The two walked arm in arm to the place and settled into a wooden booth. There, Henschel recalled, they had "a regular feast on the seductive bivalves to the accompaniment of I will not say how many pints of stout."

It's likely that the arts of music and painting were more relaxed after the encounter with the art of congenial dining.