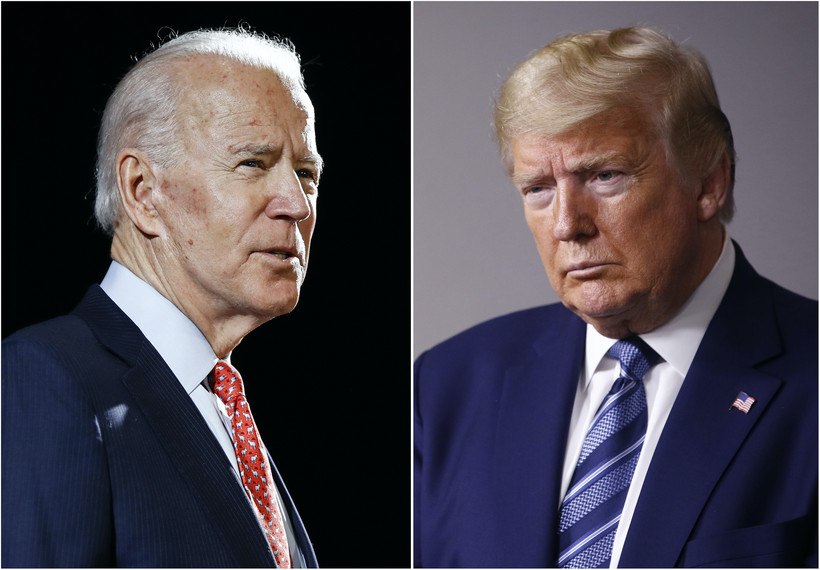 Joe Biden leads Donald Trump by 5 points among likely voters in Wisconsin in a new poll from the Marquette University Law School.

The poll found Biden with support from 49 percent of likely voters, to Trump's 44 percent, a lead within the poll's margin of error. It's a slight decline from the Biden's lead in a Marquette poll from June, which found Biden ahead by six points among voters who say they are likely to vote in November.

About 35 percent of respondents in the new poll said they planned to vote absentee by mail, and 46 percent said they will vote in person on Election Day. Others said they would vote early in person.

"We've had a slight Biden lead and a slight Trump lead in the last few months," Franklin said in a video interview on the poll's release. The Green Bay/Appleton area favored Biden 50-45 in the latest poll.

In the central, northern and western parts of the state — classified in the poll as the "rest of state" outside Milwaukee, Madison and Green Bay/Appleton — Trump led 49-42. In 2016, Trump won rural areas of the state by large margins, effectively offsetting Democrats' advantage in the large cities.

The Marquette poll is the latest of several high-quality polls released in the last week showing the Democratic former vice president leading against the Republican incumbent. On Monday, a poll from the University of Wisconsin-Madison’s Election Research Center showed Biden ahead of Trump 49 percent to 43 percent in Wisconsin. Another Monday poll from CBS/YouGov showed Biden leading Trump 48-42. The UW-Madison poll also found Biden leading in Michigan and Pennsylvania, and CBS found him leading in Pennsylvania.

Taken together, these polls suggest a clear lead for the Democratic candidate with only 84 days until Election Day.

Many political observers expect polls to tighten further as the election gets closer, and some gun-shy Democrats point to polling errors in 2016 that showed Democratic nominee Hillary Clinton, who lost Wisconsin, leading Trump by similar margins throughout much of the race.

The result comes in the leadup to the Democratic National Convention, once planned as a massive in-person event showcasing Milwaukee, now relegated to an almost entirely online event with virtual speeches that will begin on Monday. Political candidates typically receive a polling boost in the wake of their party’s convention; it remains to be seen whether virtual conventions move public opinion for Biden or Trump.

Sixty-nine percent of respondents agreed that masks should be required in all public places, and only 29 percent disagreed. Gov. Tony Evers mandated mask-wearing in indoor public spaces in an order that went into effect Aug. 1.

In other findings, the new poll showed a sharp drop-off in support for the mass protests that followed the death of George Floyd in Minneapolis. Approval was split, with 48 percent of registered voters saying they approved of the protests, and 48 percent disapproving. In the last poll in late June, 61 percent approved and 36 percent disapproved.

The release of the poll, originally scheduled for Aug. 5, was delayed because the call center Marquette used to conduct the poll reduced interviewer hours due to COVID-19.

Editor's note: This story has been updated to correct the date of the last Marquette poll.