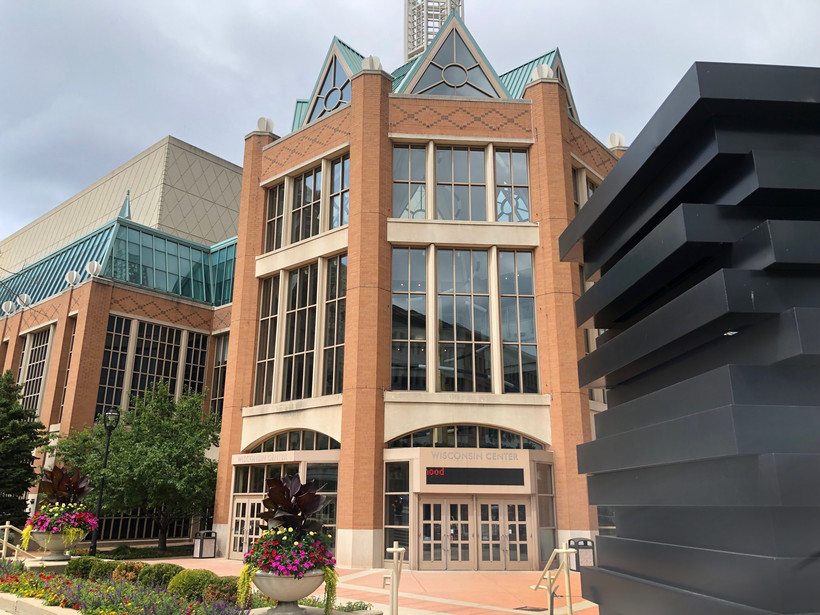 The Democratic National Convention will still technically be held in Milwaukee when it kicks off Monday. But with the majority of the event now taking place virtually because of the coronavirus pandemic, the speakers featured at the city's downtown convention center will be Democrats that Wisconsinites are used to hearing from, including Gov. Tony Evers, U.S. Sen. Tammy Baldwin and Milwaukee Mayor Tom Barrett.

The party announced last week Biden would not come to Milwaukee because of COVID-19 safety concerns, and instead accept the nomination from his home state of Delaware.

The vastly scaled-back convention amounts to a disappointment for Milwaukee, which was expecting time in the political limelight, as well as a significant economic boost from an estimated 50,000 people who were supposed to visit the city.

Among those still set to speak in Milwaukee is U.S. Rep. Gwen Moore, who will deliver the convention's opening remarks Monday.

On Tuesday, Barrett will call the convention to order and Milwaukee native and convention secretary Jason Rae will direct the roll call vote across all 50 states and seven territories from the Wisconsin Center.

Evers will kick off the convention on Wednesday and Baldwin will deliver remarks on Thursday evening.

The Wisconsin Center will also be home to a custom virtual video control room that has been designed to take in hundreds of feeds from around the country.

Convention programming will air from 8 p.m. to 10 p.m. The event can be viewed on demconvention.com.