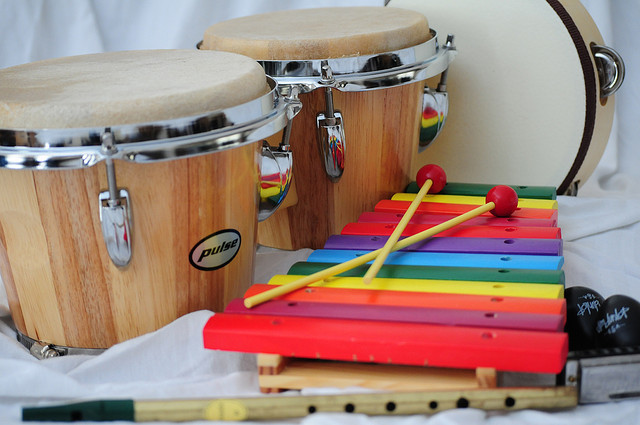 Elkins Makes Case For Picking Up An Instrument, Playing (And Not Worrying About How It Sounds)
By Rob Ferrett
Share:

Finding time to make music, however, can be a roadblock. Elkins said her number one tip is to overcome the urge to tidy up and put things away.

“Just leave the instruments out,” said Elkins. “If you have a nice guitar, don’t leave it in the case — leave it out. You can actually pick it up and play whenever you feel like it, and sometimes that’s five minutes during the commercial on TV or when the pasta’s coming to a boil.”

Elkins said another obstacle is a fear that playing won’t sound good, especially compared to professional musicians heard in recordings.

“You just have to get over that and you have to be OK with it,” she said, “And especially if you have kids, you want to give the example that it’s OK not to be perfect. It’s OK to practice and learn and just improve and have it be an important part of your life no matter how it sounds.”

For people who have never played music, Elkins recommends starting with a simpler instrument like a recorder, and seeking out classes through college campuses and senior centers. She also suggests bringing back the tradition of the sing-along.

Ultimately, according to Elkins, making music brings us back in line with our ancestors.

“We’ve been making music for centuries, millennia, in villages,” she said. “Everybody was expected to learn how to play a fiddle or at least sing a few songs. It’s only been the last century that we’ve had recorded music that we’ve stopped doing this.”