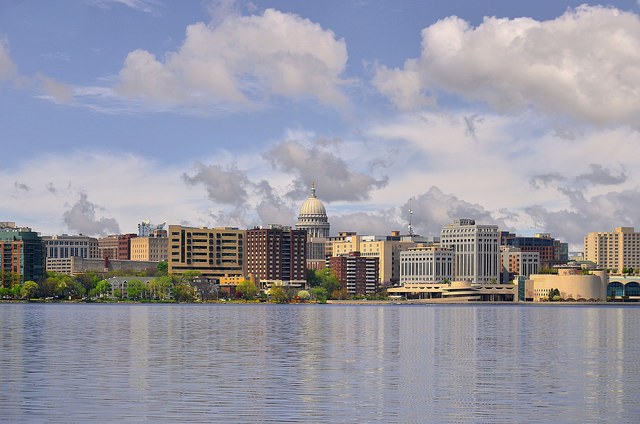 In a unanimous vote, the Madison Common Council moved to ban conversion therapy in the capitol city.

The proposal prohibits the practice of conversion therapy on minors where those services are provided for a fee.

According to The Williams Institute — a public policy research institute based at UCLA — conversion therapy is a treatment based on the belief that being LGBTQ is abnormal, and aims to change the sexual orientation, gender identity or expression of those who identify as LGBTQ. It isn't backed by either the scientific or health care community.

On Tuesday, Bidar-Sielaff said that the move illustrates Madison's values.

"I think it really serves as a statement of the values of the city, and making sure that we are really making it clear that this kind of practice is really unacceptable in not recognizing the identity of our LGBT community," Bidar-Sielaff said.

Madison joins Milwaukee as the second city in the state to ban the practice. The Milwaukee Common Council voted on March 27 to ban conversion therapy.

Bidar-Sielaff said while the council had been considering banning the practice for some time, Milwaukee’s move urged her and her co-sponsors to make Madison's ban a reality.

"When Milwaukee passed theirs it really prompted a few of us to just say, 'Hey ... Milwaukee just did it, we should do the same.' So really the fact that Milwaukee took action pushed us," she said.

"I hope that soon we'll be able to say that we're the first two and not just the only two," Martin said. "I think that this gives other municipalities a bit more information and makes the issue a little more solid so that if this is an area of concern where they are, they can address it as well, so hopefully this will lead to more similar bans in other municipalities."

Both Madison and Milwaukee join a growing list of cities across the U.S. banning the practice. According to the Human Rights Campaign — the country's largest LGBTQ civil rights advocacy group — multiple municipalities across the country, including cities and counties in Ohio, Pennsylvania, Washington, Florida, New York and Arizona have enacted similar bans.

HRC praised the move in Madison in a press release saying:

"No child should be subjected to abuse — and that’s exactly what this dangerous, discredited practice of so-called 'conversion therapy' really is," said HRC Wisconsin State Director Wendy Strout. "That’s why this abusive practice has been condemned by every major medical and mental health organization, and why 14 states and Washington, D.C. have taken action to protect minors from conversion therapy. We thank Alders Arvina Martin, Shiva Bidar and Amanda Hall, as well as Austin Kieler, chair of the Democratic Party of Wisconsin’s LGBTQ Caucus, for their leadership on this issue, and hope it can help fuel the momentum we are seeing nationwide as lawmakers work to pass legislation protecting LGBTQ youth."

Speaking to the Common Council on Monday, Austin Kieler, chair of the Democratic Party of Wisconsin's LGBT Caucus, urged the alders to pass the ordinance.

"LGBT youth are far more likely to suffer from mental health issues, engage in drug abuse, and have significantly higher rates of suicide than their straight or cis-gendered peers ... subjecting LGBT youth to the trauma and emotional abuse that is at the core of conversion therapy only aggravates these issues and costs them their lives," Keiler said. "This ordinance is about protecting our LGBT youth and sending a clear message to many in Madison, the state of Wisconsin and beyond that their identity is valid and they are loved."

Bidar-Sielaff said no one at the Common Council meeting spoke or registered in opposition to the ban.

After Milwaukee passed their ban, the Wisconsin Family Council — a nonprofit think-tank dedicated to strengthening and preserving marriage and family life — denounced the move, calling it "a bad idea for Milwaukee — or any other Wisconsin city."

In an online newsletter WFC said:

Tuesday, the council voted 12-2 with another member abstaining in favor of this bad idea — an idea that robs parents of the right to make counseling decisions on behalf of their children and will very likely eventually trounce on the religious freedom of churches and pastors to teach, preach and counsel according to the truth of the Word of God.

I wish this horrible idea would stay in Milwaukee but experience tells me soon other Wisconsin municipalities will be emboldened to put the ordinance on their agendas. We can only hope citizens are alert, aware and prepared to stop these ordinances before they gain traction.