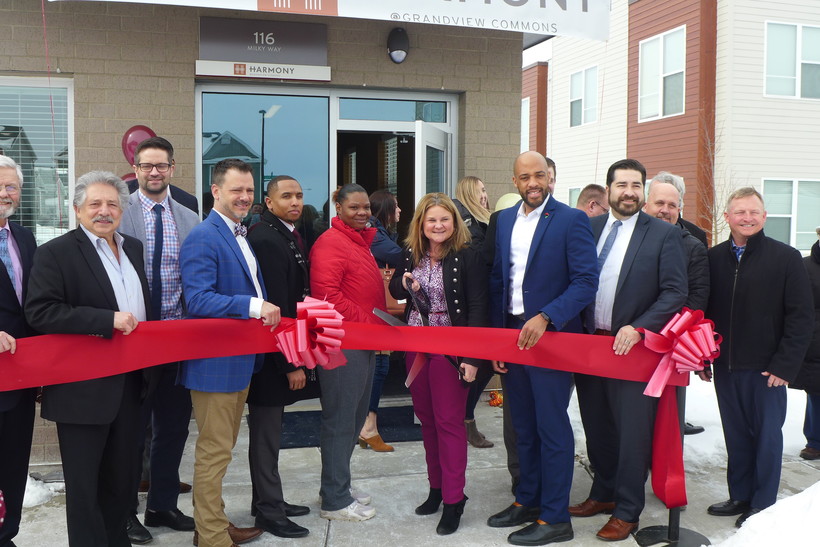 City and state officials join developers on Thursday at a grand opening of Grandview Commons, a new affordable housing complex at 116 Milky Way on Madison's far east side. There are 28 two-bedroom and 66 three-bedroom apartments.

Brick by brick, the city of Madison is trying to fill the need for affordable housing.

On Thursday a grand opening was held for a development on Madison’s far east side. It’s nearly full, with 70 of 94 apartments already occupied. The project broke ground just over a year ago, in November 2017.

And on a cold winter day, more people were moving into the apartment complex — dubbed HARMONY @Grandview Commons — as state and local leaders held a ceremony for a project they said will provide high-quality, affordable housing to working families.

The 94-unit complex will have a library, computer lab, fitness center and playground. The $20-million development also has onsite support services like financial training, courses on nutrition and after-school activities. 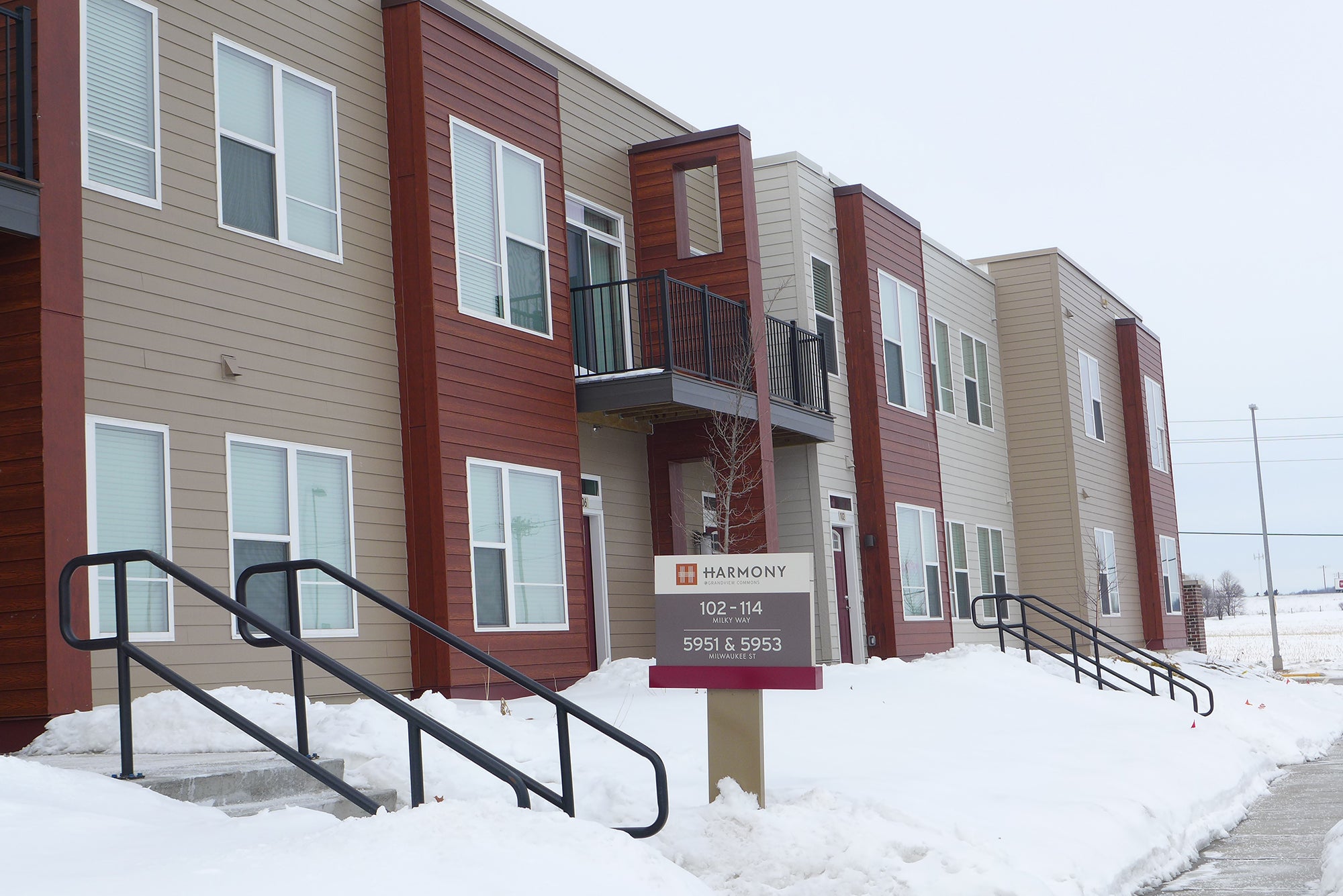 Company officials said they believe housing is one way to improve people’s health.

"When you think about health, it's so much more than medical care," said Ellen Sexton, CEO of UnitedHealthcare Community Plan of Wisconsin. "Eighty percent of someone's health care actually happens outside the doctor's office. I see it every day with our Medicaid beneficiaries, the diabetic struggling to keep his insulin at the right temperature because he didn't have reliable housing."

UnitedHealthcare has also invested $6.3 million in a 60-unit housing complex in Milwaukee known as SEVEN04 Place.

The Grandview Commons apartments in Madison are aimed at families making between $30,000 to $50,000 a year, according to Kevin Newell, president of Royal Capital Group. The affordable distinction is considered 60 percent of the median income in Dane County.

Rents are kept reasonable through a federal program known as the Low-Income Housing Tax Credit. It provides incentives to property owners and is described by many as the most important resource for providing below-market rental housing in the U.S. today.

"Regardless of family income, that’s what we want to be in the business of doing is providing opportunity for everybody. All 72 counties, every zip code, every child," he said.

Affordable housing is an issue across the state, affecting both urban and a rural communities. In Madison, city officials say the problem is exacerbated by historically low vacancies in the rental market, new landlord-tenant laws and a tightened lending market.

Four years later, the city has created 839 affordable units, 160 of them designated for homeless persons, according to Jim O'Keefe, director of community development.