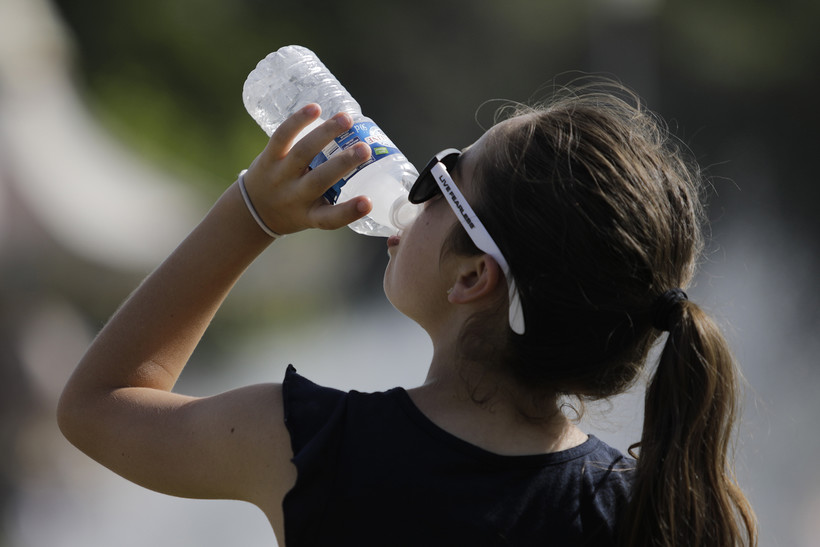 Look For Signs Of Heat Stroke, Exhaustion As Hot Air Moves In

Lucas VandeWalle, who lives just north of Green Bay, said he and his family often retreat to Door County on hot summer days where they find temperatures at least 10 degrees cooler than in nearby Brown County.

That's precisely where they plan to go Friday to escape the anticipated heat wave creeping into central and southern Wisconsin Thursday. Heat advisories are either in effect or scheduled for portions of Wisconsin through Friday night with heat index values ranging between 95 and 113 degrees.

Jonathan Erdman, a senior meteorologist at Weather.com based in Milwaukee and a contributor to The Weather Channel podcast, explained that the heat is caused by a sort of heat dome that has developed over the central United States and is on its way north.

"When it does that, we usually have a couple of days of hot weather before we get the next cold front coming through," he said.

It's the length of stay that makes these hot weather conditions dangerous, he explained, because there's no relief, even at night, from the warm temperatures.

Heat Advisory in effect this afternoon through Friday evening. Prepare for the heat and practice heat safety! #swiwx pic.twitter.com/O8wk5jVYI0

And while Friday will be a scorcher, Wisconsin has seen weather like this before.

Southwest Wisconsin generally sees about three to seven days with a heat index higher than 95, and southeast Wisconsin averages one to three days a year with those high temperatures, according to the National Weather Service in Milwaukee. Madison and Milwaukee average 10 and nine days a year, respectively, with temperatures above the 90-degree mark. 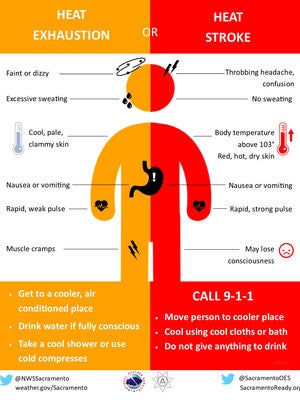 On Friday, the heat index, or how hot it feels, will range from 100 to 110 degrees in parts of central and southern Wisconsin.

"That is in the danger zone as far as heat waves are concerned," Erdman said.

Jeremy Zlcek, a paramedic at HSHS Sacred Heart Hospital in Eau Claire, said drinking a lot of fluids is important, especially as conditions worsen. Don't wait until you're thirsty, instead try to keep hydrated throughout the day he said, warning against drinking juices with a lot of sugar content in favor of water. To stay hydrated, drink water or fluids every 15 to 20 minutes, and pay attention to the color of your urine. If it's clear, you're probably drinking enough.

Hot temperatures become dangerous because of the potential for heat-related illnesses such as heat stroke and heat exhaustion.

Heat exhaustion is relatively common, and its symptoms include heavy sweating, a fast but weak pulse, nausea or vomiting, dizziness and headache, according to HSHS Sacred Heart Hospital in Eau Claire. It can also lead to passing out. This occurs because the body is unable to control its temperature, which is especially a problem when humidity is higher than 75 percent. Because the air is already so saturated, it makes it difficult for sweat to evaporate.

A heat stroke on the other hand, is preceded by heat exhaustion and is considered a medical emergency. One symptom is suddenly not sweating in warm temperatures. Other symptoms are: a body temperature of 103 degrees or higher; skin being hot, red, dry or damp; a strong and fast pulse and headache; dizziness; nausea; confusion or a loss of consciousness.

Call 911 if someone is exhibiting symptoms of heat stroke. Move them to a cooler location and try to help bring their temperatures down with cool cloths or a cool bath. It's not recommended that they're given anything to drink because of concerns with being able to swallow the fluid.

"Now, we're going to have to pay the price for that with thunderstorms," he said.

Heat Wave Across Much Of Wisconsin 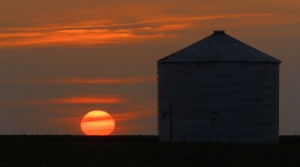 Much of Wisconsin dealt with high temperatures Wednesday, as the state braces for a heat wave that's expected to worsen throughout the week. We talk to a meteorologist about what’s causing it, and how long it’s expected to continue.