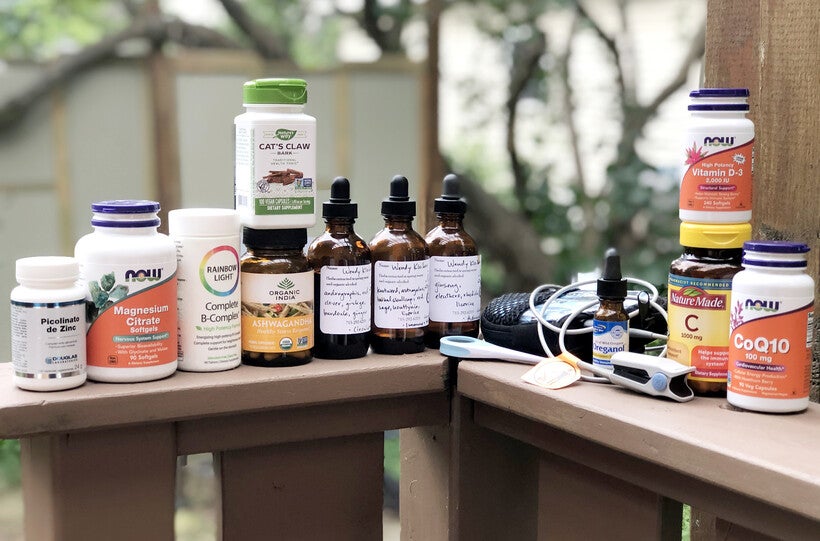 With Little Known About Long-Term Effects Of COVID-19, Some Patients Face A Long Haul

Some Patients’ Symptoms Have Lingered For Weeks Or Months
By Bridgit Bowden
Share:

As the COVID-19 pandemic stretches on, state health officials have reported that 62,310 people have recovered from the illness.

But even for people who made it through the most dangerous phase of the illness, getting back to 100 percent can be a longer journey than the numbers let on.

Ashland resident Wendy Kloiber traveled to Madison for a work trip in mid-March. When she got back, she noticed something strange.

"My kid put a candle under my nose and I couldn't smell it," she said, reflecting on what she now knows is a tell-tale symptom of COVID-19. 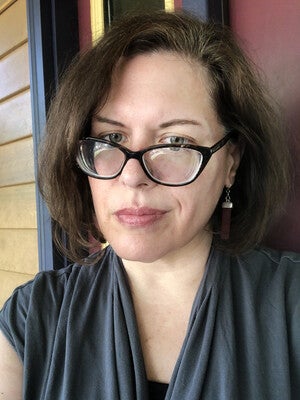 Soon, other symptoms showed up: chest pain, fever, cough, body aches, chills, brain fog. Kloiber began to worry that she might have the virus.

But in late March, the state had far fewer documented positive cases than other parts of the country, and few tests were available. Kloiber's doctor thought she might have the flu, and told her to keep monitoring her symptoms, which she wrote down in a journal.

Kloiber began to monitor her heart rate and the level of oxygen in her blood. As time went on and she wasn’t getting better, her doctor began to strongly suspect COVID-19. At one point, Kloiber went to the emergency room. But with tests still severely limited, her fever wasn't high enough for doctors to justify giving her one.

Finally, in mid-April, she was able to get a diagnostic test for the virus. Yet much to her disappointment, it came back negative. Kloiber suspects that at that point, nearly a month into her illness, she had cleared the virus.

"I knew that the test was wrong because I had been denied the test at the proper point at which the test would have detected whether or not I was sick," she said.

The negative result made her worried that she might not be treated correctly or wouldn’t be believed. But, the evidence that she did in fact have COVID-19 grew even stronger when a family member who was living in her household during the beginning of her illness received a positive antibody test from the Mayo Clinic.

Five months after first becoming ill, Kloiber is still dealing with symptoms. That makes her a "long-hauler," part of a large and growing community of people whose symptoms linger long after first becoming ill from the virus. With so little known about the long-term effects of COVID-19, long-haulers from all over the world have formed online support and research groups.

Experiencing long-haul symptoms without ever having tested positive is not a particularly unique experience. Madison resident Andrew Sernatinger became symptomatic at the end of March and wasn’t able to get tested at the beginning of his illness.

"It's frustrating," he said. "You always want a diagnosis when something's not right. And especially when there's a pandemic."

Sernatinger’s symptoms — cough, chest tightness, exhaustion — continued for about three months, the longest he can ever remember being sick at one time.

Dr. Jeff Pothof is the chief quality officer at UW Health, and an emergency room physician. Although he has mostly treated people in the acute phase of the illness, he says lingering symptoms are a growing concern.

Pothof said there’s just not a lot of research about what the long-term effects of COVID are yet, and it’s difficult to know what to tell patients.

"We can't tell anyone whether that's going to get better or not, because we don't know enough about this virus yet," he said. "To say, 'These are going to resolve, it's just going to take a year' … we just don't know that."

There is some limited research that suggests long-term effects of COVID-19. An Italian study found that more than 87 percent of patients who had recovered from COVID-19 still had at least one symptom two months after they first became ill.

The CDC surveyed a group of COVID patients whose symptoms were never severe enough for them to be admitted to a hospital. They found that 35 percent of the patients still had symptoms two to three weeks after they were tested.

But there’s still a lot to learn about the virus, says primary care physician Luke Fortney, who works at the River Valley Clinic in Spring Green.

"That's why we call it novel," he said. "Every virus has a different personality. They're a little bit different and these viruses have different tricks."

Treatment for mild cases that aren’t dangerous enough to send patients to the hospital consists of managing the symptoms with rest, fluids, and over-the counter medications, he said.

"We don't have an oral antiviral medication yet that we could use widespread in an outpatient setting," he said. "It's a lot of what we call conservative management, symptomatic care, and that does feel frustrating."

Wendy Kloiber eventually sought treatment from a naturopath, who gave her several tinctures that she said have helped her symptoms. She’s joined online communities for COVID long-haulers, and has done countless hours of research on her own. She's still dealing with fatigue, brain fog and low-grade fever, but getting better is her new mission.

One way she measures her progress is to see if she can walk all the way down a certain path along the shore of Lake Superior. At the end of June, she could make it halfway down the mile-long hike. In August, she made it the whole way.

Even as she continues to deal with symptoms, her advice for other long-haulers is simple: "stay hopeful."