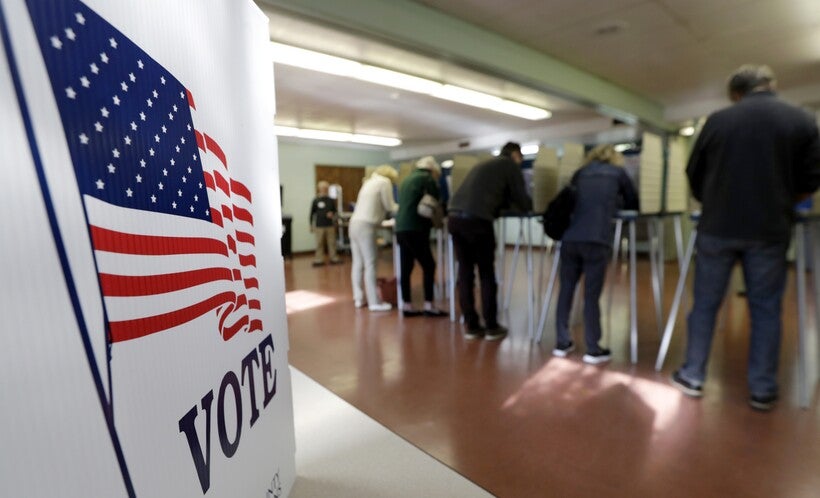 Citizen Action of Wisconsin and One Wisconsin Institute filed the motion with Judge James Peterson of the U.S. District Court of the Western District of Wisconsin. Both groups were involved in a successful 2016 lawsuit challenging election laws in Wisconsin, including some restrictions on early voting.

"I reach this conclusion because I am persuaded that this law was specifically targeted to curtail voting in Milwaukee without any other legitimate purpose," Peterson wrote.

GOP lawmakers who backed the new law have argued it is different enough from the previous restrictions to withstand a legal challenge, but Kraig refutes that.

"You can’t just say, 'Oh, we passed it in a different law, with a different bill number, with slightly different terms,'" he said.

Under the previous restrictions, early voting was restricted to certain hours, disallowing evenings and weekends. The new law allows early voting 24 hours a day in the two weeks preceding the election.

Supporters of the new law argue it creates a level playing field across the state. Some larger Wisconsin communities, including the Democratic strongholds of Madison and Milwaukee, have offered several weeks of early voting in recent years.

Kraig pointed out Peterson rejected that argument in his 2016 ruling.

"Each municipality can set its own hours for in-person absentee voting. Larger cities can still outdo smaller municipalities by having their full-time clerks hold office hours that cover the full work week, while smaller towns with part-time clerks will hold limited hours, sometimes as little as an afternoon a week," Peterson wrote. "Thus, rather than achieving uniformity, the provisions governing the hours for in-person absentee voting preserved great disparities from town-to-town."

Kraig said he believes his organization and the other plaintiffs have a "very, very good case" for striking down the new restrictions.

"Our goal here is to make sure that we have as much access to voting as possible and that nobody is denied the franchise by having unnecessary and unreasonable restrictions put in the way of them having a voice in their own democracy," Kraig said.

In this case, the plaintiffs are being supported by the National Redistricting Foundation, a group headed by former U.S. Attorney General Eric Holder.

Kraig said he’s optimistic the court will rule in time to lift the restrictions for the April 2019 election. Offices up in that election include a seat on the state Supreme Court.