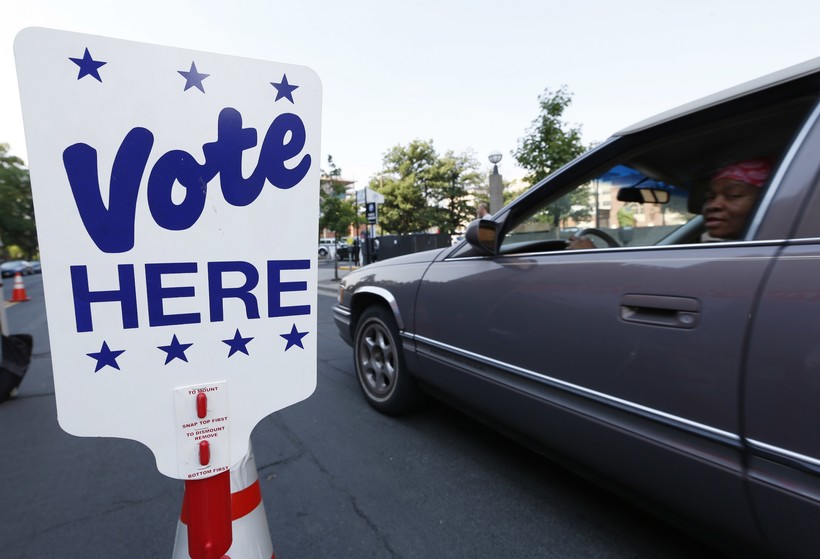 U.S. District Judge Strikes Down Some Elements Of Law
By Laurel White
Share:

A federal judge in Madison has ruled in a case challenging more than a dozen of the state's election laws, striking down parts of Wisconsin's voter ID law and restrictions on early voting.

In a decision issued late Friday afternoon, U.S. District Judge James Peterson found the petition process for individuals who can't easily obtain a state-issued ID to be unconstitutional, as well as new time and location restrictions for in-person absentee voting.

In the 119-page ruling, Peterson wrote the state's voter ID law is "a cure worse than the disease."

"The Wisconsin experience demonstrates that a preoccupation with mostly phantom election fraud leads to real incidents of disenfranchisement, which undermine rather than enhance confidence in elections, particularly in minority communities," Peterson wrote.

Voter fraud is cited by proponents as a primary reason for voter ID legislation.

The judge's ruling dictates that the petition process in place for voters who can't easily obtain a state-issued ID must be reformed or replaced.

Peterson also ruled the state may not enforce restrictions on early voting that limit times and locations, saying they represent intentional racial discrimination.

"I am persuaded that this law was specifically targeted to curtail voting in Milwaukee without any other legitimate purpose," he wrote. "The Legislature’s immediate goal was to achieve a partisan objective, but the means of achieving that objective was to suppress the reliably Democratic vote of Milwaukee’s African Americans."

Scot Ross, executive director of liberal group One Wisconsin Institute, one of the plaintiffs in the suit, called the ruling "a huge win, not only for the plaintiffs, but for democracy itself."

"These people behind the laws Judge Peterson struck down sought to put their own partisan interests ahead of the rights of every American regardless of race, party, or age to cast their ballot as they so choose," Ross said.

Several lawmakers weighed on the ruling on Friday.

Assembly Speaker Robin Vos, R-Rochester, called it "a liberal judge’s attempt to undermine our elections less than four months out" and "an obvious attempt to usurp the power of the Legislature."

“The legislation that was struck down is yet another clear example of Wisconsin Republican leaders attacking our citizens’ constitutional right to vote, once again with the goal of attempting to impede democracy in order to give themselves an electoral advantage," Barca said in a statement.

The ruling comes a week after a federal judge in Milwaukee ruled voters in November's general election could vote without showing photo ID if they signed affidavits explaining why they couldn't get the required identification.

Neither ruling will have an impact on the Aug. 9 partisan primary election.