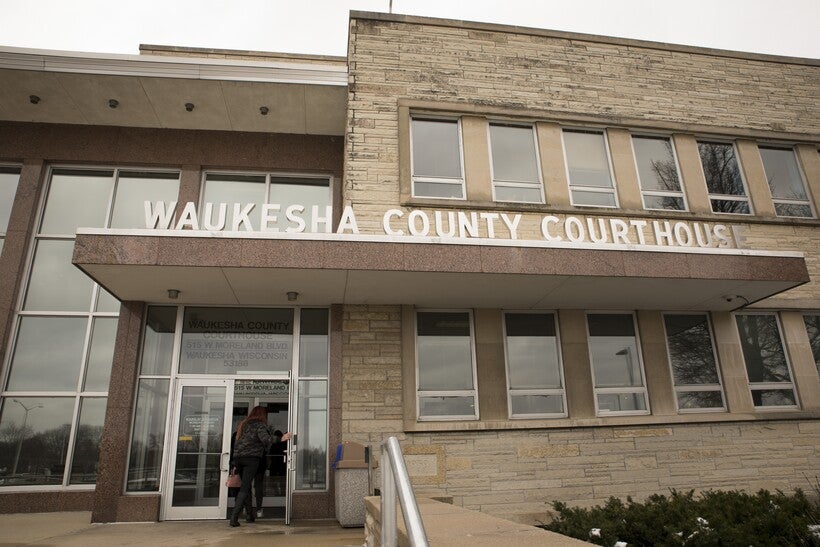 The city of Waukesha’s $286 million plan to pipe in water from Lake Michigan has hit another snag in its decades-long effort to provide residents with safe drinking water. The Village of Waukesha has filed a lawsuit against the city that aims to shut down construction of the water diversion project within its village limits.

Great Lakes governors approved the city of Waukesha’s controversial request to divert 8.2 million gallons of water from Lake Michigan per day as its drinking water source in 2016 after years of debate. Now, the city is the midst of installing about 35 miles of pipe that will draw water from the city of Milwaukee and return it after treatment to the Root River, which flows into Lake Michigan.

In the complaint filed on Jan. 29, the village alleges that work on the project is already underway within its boundaries and that no permits were obtained from the village prior to construction.

"It's the village’s position that the city of Waukesha lacks the statutory authority to extend its water piping through the village of Waukesha without an agreement — without permission from the village," said Brian Fischer, village president.

But, the city of Waukesha argues that a preexisting agreement between the two parties already granted it permission to install, maintain and repair water pipelines within the village — formerly known as the Town of Waukesha.

Dan Duchniak, general manager of the Waukesha Water Utility, has encountered many obstacles in the last 18 years as he’s sought to bring in Lake Michigan water. A decline in the city’s sandstone aquifer has compounded problems with unsafe concentrations of radium in the city’s deep water wells, requiring costly treatment. The city is under a court order to fully comply with federal and state drinking water standards for radium by Sept. 1, 2023.

"This is just another one of those bumps in the road that we have to deal with," said Duchniak. "Unfortunately, this is one of those that we believe is pretty clear that there is an agreement. We had discussions as to where permits were needed, and they were identified in the intergovernmental agreement, and I believe that the village has now changed their mind."

The reason? City officials said they believe the legal challenge is related to its lawsuit against the village after the former town incorporated as a village last May. The town incorporated under a law that diverted from the normal process and no longer applies as of last July. The city is arguing the town failed to meet certain criteria as part of the incorporation process, but the town has received certification from the state.

Fischer said the town sought incorporation as a village to protect its boundaries after years of losing land and tax base to the city.

"When people wanted to annex to the city as long as the State Department of Administration would approve it, the town had no say so on that," said Fischer. "In becoming an incorporated village, that is no longer (the case). Now, the village basically has a voice in that, and we can protect our territorial integrity. It's survival."

Fischer acknowledged the village has asked the city to drop its lawsuit against their incorporation, but he declined to say whether the village’s lawsuit is payback for the city’s legal action.

City of Waukesha Mayor Shawn Reilly said the city is challenging the town’s incorporation as a village because there are village-owned islands of land that are surrounded by the city, which doesn’t make sense from the city’s planning perspective. He said the city only considers annexing land when property owners request it, but the town’s incorporation as a village makes that nearly impossible.

"Those properties cannot ever come into the city of Waukesha unless the village agrees to detach them, which we don't anticipate they would agree to," said Reilly.

As for the water diversion, the village’s lawsuit has the potential to delay the project. That could end up increasing the project’s price tag if half the work isn’t complete by May of 2022 under the city’s court-ordered agreement with the state. Then, Waukesha would be forced to install an interim treatment system for radium, which would cost $3.5 million.

Duchniak said city officials are confident the construction will move forward and expects the water diversion project will be half-finished by the end of this year.

"We'll be on our way to getting the residents in the city Great Lakes water and resolving that public health issue that they've been facing for the long term," said Duchniak. "It's unfortunate that this is being utilized by another entity as a political move, and they're going to potentially jeopardize the health and safety of our 72,000 people."

But, Fischer said the village is only looking for cooperation from the city.

"We have many things that I think we could discuss and attempt to resolve as two municipal neighbors, working with each other and cooperating for the better good of the public," said Fischer.

A hearing on the village’s lawsuit is set for Thursday, Feb. 11, at 9 a.m. in Waukesha County Circuit Court.