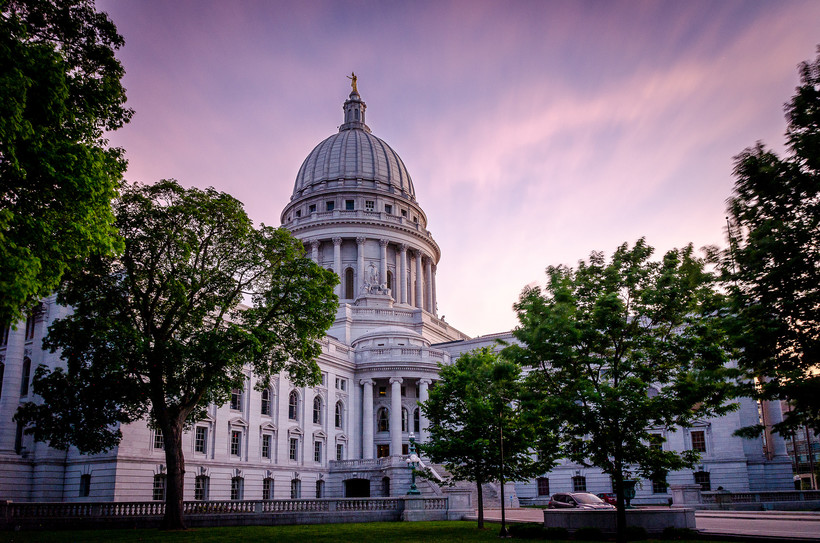 Lawmakers took up a number of other high-profile pieces of the budget during their meeting as well, including the state’s land stewardship program, factory farm regulation, and juvenile justice spending.

The Joint Finance Committee (JFC) is expected to meet again Thursday to discuss a possible income tax cut for middle-income earners in Wisconsin.

After the final committee votes, the budget will move to the full Legislature. Leaders have said they expect it to be on Gov. Tony Evers’ desk by June 30.

Republicans on the committee voted Tuesday evening to cut about $600 million from the governor's proposal for state construction projects.

The plan approved by lawmakers on a party-line vote, with 12 Republicans voting in favor and four Democrats against, would provide $1.9 billion to fund more than 40 new projects across the state. The governor proposed a $2.5 billion capital budget for 82 projects.

GOP lawmakers have pushed back on Evers' construction spending plan for months, saying it was too large to move forward. Conservatives on on the state Building Commission voted in March to reject the entire plan to show their disapproval, leaving it to the JFC to determine which would be approved, all or in part.

The projects approved Tuesday evening include $1.03 billion in spending for the UW System. The governor’s proposal called for $1.07 billion.

The system has pushed for that funding in recent weeks, citing the number of aging facilities at campuses across the state.

"We've never seen these kinds of numbers from you all," Taylor said. "This governor is pushing you and I'm really glad to see it."

Rep. Mark Born, R-Beaver Dam, said he spoke with UW System President Ray Cross before the committee vote. Cross had strongly criticized lawmakers for a previous vote on the UW System budget, saying it felt like a "kick in the shins."

Born joked that Cross said his shins felt much better after learning about the building project funding.

"We agree there are needs for investment in facilities," Born said.

Outside of the UW System, the committee approved the governor's project proposals for Military Affairs, Veterans Affairs, and the Wisconsin Historical Society. They also approved $100 million for a Medical College of Wisconsin cancer research facility.

However, lawmakers removed a number of other projects, including  $77 million for an expansion of the exhibition hall at the Alliant Energy Center in Madison.

The committee also zeroed out funding for a new state office building in Milwaukee.

According to a summary from the Legislature’s nonpartisan budget office, the Wisconsin Initiative for Dairy Exports (WIDE) was intended to reverse a downward trend in the state’s dairy exports and spur an increase in dairy exports from 15 percent to 20 percent of the United States milk supply in the next three to five years. The program would have cost $200,000.

The governor also proposed $400,000 for dairy processor grants. The grants were intended to help processors expand, modernize, and train staff, among other things.

However, the committee did approve $8.8 million for the UW Dairy Innovation Hub within the UW System, which was not in the governor's budget proposal.

Sen. Howard Marklein, R-Spring Green, a member of the budget committee, and Rep. Travis Tranel, R-Cuba City, rolled out a bill earlier this year that would have given the UW System $7.9 million annually to create and fund the hub.

Under language approved by the committee, the system will need to return to the committee for another layer of approval for the dairy hub funding at a later date.

Members of the budget committee also voted to approve the governor's proposed increase for the state's industrial hemp oversight program. Evers' plan included about $679 million in additional money for the program, which would allow it to hire three additional staff.

A fast-growing number of hemp farmers and processors across the state requires a hefty state spending increase to meet demand for oversight and regulation, according to the state Department of Agriculture, Trade and Consumer Protection.

Lawmakers also voted to approve Evers' request to extend the state’s stewardship program, under which the state purchases land for purposes of environmental protection and conservation, until 2022.

Since the program was created in 1989, the DNR has purchased more than 669,000 acres through the program as of last June, according to the nonpartisan Legislative Fiscal Bureau.

Republican lawmakers, including budget committee member Sen. Tom Tiffany, R-Minocqua, have questioned the size and cost of the program in recent years, while Democrats have moved to protect it.

"I have not waged war on this program, but the numbers are stark," Tiffany said Tuesday, raising concerns about state borrowing for the program. "What we have here is a program where we’re getting diminishing returns."

"I believe there are higher priorities at this point … for what we are going to borrow for," Tiffany said.

During debate Tuesday, Democratic lawmakers pushed to renew it for an even longer period than proposed by the governor. Their motion was denied.

Also within the state Department of Natural Resources budget, lawmakers approved a $1 million increase for state park and forest operations. The move would increase limited-term employee salaries, as well as bump up funding for supplies and electrical services within parks. They also approved $100,000 for state trail repairs on the Elroy-Sparta Trail between the city of Elroy and village of Norwalk and the 400 State Trail between the villages of La Valle and Union Center.

Committee members also voted to approve a $278,000 increase requested by the governor for forest fire protection grants and $100,000 in one-time funding for research on chronic wasting disease

Republican lawmakers have considered moving regulation from the state Department of Natural Resources to DATCP, according to reporting from the Milwaukee Journal Sentinel.

The budget approved by GOP lawmakers Tuesday evening did not address that movement.

However, it did not meet Evers' requests for an increase in fees on CAFO operators. The governor's plan would increased fees from $345 a year to $660 a year. It would also have established a fee of $3,270 upon initial issuance of a permit and every five years thereafter.

During debate, Rep. Chris Taylor, D-Madison, argued CAFOs should be shouldering more of the cost of their industry's regulation.

"You had an opportunity with the governor's proposal to address the issue in a sustainable way — not in this kind of way," she said.

Lawmakers also voted to remove $115 million from the budget that was intended for new regional correctional facilities slated to replace the state’s youth prison, Lincoln Hills and Copper Lake.

Democrats on the committee raised concerns that the spending plan would lead to delays in closing the prison.

"At the end of the day, whatever we decide to do, it’s taking a little too long, because we all know the reports from Lincoln Hills," said Sen. LaTonya Johnson, D-Milwaukee.

Evers has pushed to delay the closing of the Lincoln Hills and Copper Lake, which was slated to close by 2021 under a bill passed by the Legislature in 2018. His budget proposal delays the deadline for grant applications submitted by counties seeking to build the regional prisons intended to replace Lincoln Hills.

However, lawmakers have pushed back on Evers’ proposed delays, saying inmates need to be moved out of the embattled youth prison on the original timeline.

The governor also proposed about $59 million for an expansion of the Mendota Juvenile Treatment Facility in Madison. That funding would pay for 50 additional staff and accommodate 64 more beds at the facility.

Lawmakers approved $43 million for that project.

Editor’s note: Wisconsin Public Radio is a service of the University of Wisconsin-Madison and the Wisconsin Educational Communications Board. WPR headquartered at Vilas Hall.