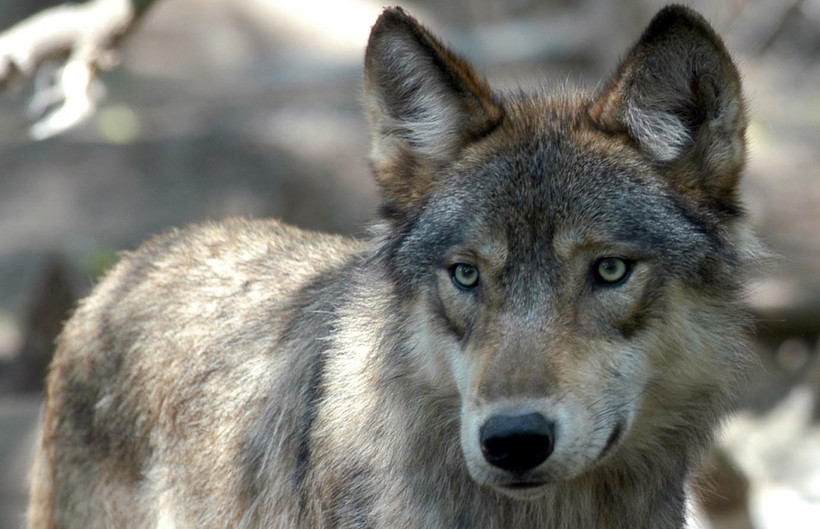 Volunteer trackers reported between 914 and 978 wolves from April 2018 to April 2019, according to the Wisconsin Department of Natural Resources.

Walter said the data indicates wolves have reached the extent of suitable habitat statewide. The animals have encountered less forest cover, more agriculture and more people as they’ve spread southward. The DNR reported a slight increase in the number of wolf packs and wolves killed last winter. Vehicle collisions and illegal killings remained the leading cause of death in reported cases.

As many as 5,000 wolves once roamed the state, but the animals were hunted nearly to extinction. In 1980, the state had 25 wolves, according to the DNR. After recovery efforts, the federal government delisted the gray wolf in the western Great Lakes region in 2012. However, the animal was placed back on the endangered species list after a federal judge's ruling in 2014.

Earlier this year, the U.S. Fish and Wildlife Service proposed removing protections nationwide. Walter said the state conducts wolf monitoring to provide information to the federal agency as part of their review of whether delisting is warranted.

Some scientists argue the state hasn’t been fully transparent or allowed independent verification of Wisconsin’s wolf count since 2012, including Adrian Treves, professor of environmental studies at the University of Wisconsin-Madison.

"I don't think that the information coming out of the state should be used by the federal government in its decisions on gray wolves under the Endangered Species Act," Treves said.

DNR staff has said wolf monitoring has not changed although meetings on the count have been held behind closed doors. Others feel the count is a reasonable measure of the state’s wolf population, including Adrian Wydeven, former DNR wildlife biologist and chair of the Timber Wolf Alliance Council.

"These are minimum counts. They are fairly intensely done by the Wisconsin DNR. They are a reliable indicator of the growth of the population that’s probably a little bit less than what the actual population is," said Wydeven. "There are also efforts by the DNR to develop new methods for monitoring the population."

Republican state lawmakers and a bipartisan effort by Wisconsin congressional representatives have pushed legislation to delist the wolf. They, along with the Wisconsin DNR, would like to see management return to the states.

"It would certainly provide us more flexibility to address things like livestock depredation events and also make the determination about where wolves should or shouldn’t be in the state," said Walter.

However, groups like the Humane Society of the United States fear the return of the state’s wolf hunt that was enacted in 2012.

"Time and again, state wildlife agencies have ignored the best available science and shown a propensity to lean towards the interest of trophy hunters and trappers and not the wishes of the majority public," said Megan Nicholson, HSUS Wisconsin State Director, in an email.

There were killed 654 wolves during the three seasons a wolf hunt was held in Wisconsin, according to DNR reports. The deaths were the result of harvest, vehicle collisions, illegal killings and other factors. The state has a wolf population goal of 350 animals, but the DNR said the state’s management goal would be updated if the wolf is delisted.

Editor's note: A previous version of this story said hunters killed 654 wolves during the state's wolf hunt, which is incorrect. The story was updated on September 6, 2019.