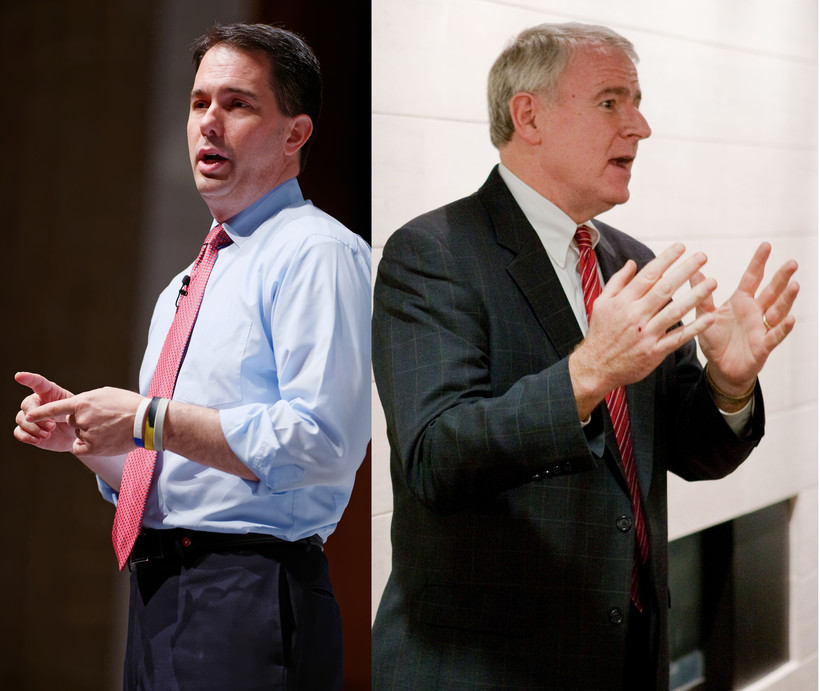 Gov. Scott Walker is voicing support for the latest plan to finance a new Milwaukee Bucks arena, even as some conservatives are calling it a bad deal for taxpayers.

The complex deal would cost state government less than what Walker initially proposed. It would also extend for decades several local taxes that are set to expire, and could lead to higher taxes on rental cars and hotel rooms in Milwaukee County. Asked about the proposal, Walker rejected the idea that it would be a tax increase.

The group Americans for Prosperity blasted the proposal, saying it was still a bad deal for Wisconsin taxpayers and government should not be in the business of financing private sports stadiums.

Milwaukee Mayor Tom Barrett said he's not worried the state is pushing more costs onto people who live in and visit the Milwaukee area.

"There's no question that the Legislature disagreed with the governor and has taken a different approach. And the city and the county will be involved in this," said Barrett. "We're trying to do it in a way that is responsible for our taxpayers. And that's what I have said all along, is I was going to make sure that there was not going to be anything that would include a property tax increase for the residents of the city of Milwaukee, and I continue to hold to that commitment."

Barrett said talks are ongoing in Milwaukee and Madison but that there may not be an agreement on arena financing until this weekend. Barrett wouldn't say what issues still need to be resolved.