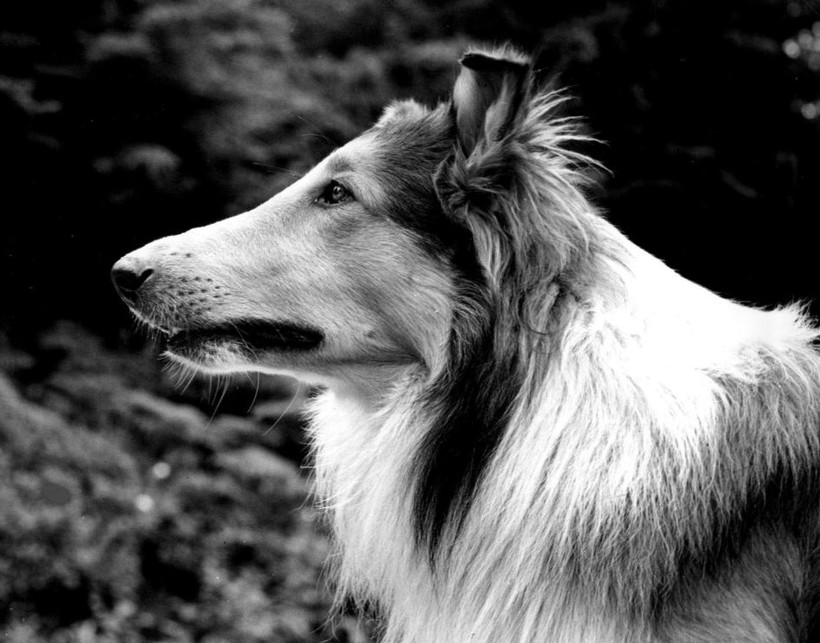 Wendy Mitchell is often in Los Angeles for work. As a contributing editor and writer for several entertainment zines, Mitchell is usually covering more serious film industry fare like how movies are produced or financed. However, on one trip to Tinsel Town, Mitchell bumped into some generational royalty.

"I was having some meetings in LA and happened to meet a dog that was descended from the original Pal who had played Lassie," Mitchell told WPR’s "BETA."

That triggered an idea for Mitchell.

"That just really got me thinking about Hollywood history and dogs and why we need to celebrate these canine actors as well as the human actors," Mitchell said.

So Mitchell compiled a fun and comprehensive list of some of the most iconic pooches from the silver screen in her book, "Citizen Canine: Dogs in the Movies."

The book covers more than 100 years of film history and 60 dogs. It features dogs from all genres including comedies, family, horrors, kids and even some duds.

"There's some really great films in the book. There are, to be fair, some dogs of films," said Mitchell. "Films that maybe are not great, but have a great dog in them."

"Citizen Canine" offers up some fun facts about filming and the dogs portraying their unforgettable characters, like the famous Brussels Griffon, Verdell, from the Oscar-winning film, "As Good As It Gets" starring Jack Nicholson.

"The dog who played most of the role was called Jill, and so Jack and Jill," Mitchell quips. "Jill really loved working with Jack, but she would get confused because obviously there's scenes when he has to be sort of gruff towards her. So here was her buddy Jack, who was nice to her all day during breaks on the set, they're their best of pals. And then when the cameras are rolling, he has to be a little mean to her."

Since "As Good As It Gets" took home Academy Awards in both leading acting categories at the 1998 Oscars, we wondered if there shouldn’t be a category for best animal performance. Wendy was happy to play along. She even provided the name: "The Collars."

We opened with Best Performance by a dog in a comedy.

"I'm going to go with Beethoven," said Mitchell of the 1992 film, "Beethoven" which features a lovable, but rabble-rousing St. Bernard played in real life by a dog named, Chris.

"I actually spoke to an animal trainer called Teresa Ann Miller, whose dad, Carl Lewis Miller was a really famous dog trainer and he worked with Chris. And she remembered Chris as just being sort of a really chilled out dog. So, I think it is doing some good acting to be this sort of boisterous Saint Bernard that's ruining their lives."

Next we moved to the "Collar" for best performance by a dog in a heartbreaking film. Mitchell landed on a tie between the 1957 Disney drama, "Old Yeller" and the 2008 adaptation of journalist John Grogan’s book, "Marley and Me."

"I have to say, I cried a lot in the researching of this book. I just find dog films so moving. I think if you see a dog ill or slipping away on screen, you think of somebody you've lost or a dog you've lost. And that can be really emotional," Mitchell said.

Mitchell also highlighted some strong canine performances from some disturbing or provocative films like Sam Fuller’s 1982, "White Dog" which stars Paul Winfield as a dog trainer trying to reprogram a dog raised to attack black people.

"This film works on many, many levels," Mitchell said. "Just as a straight story, but also is this dog standing in for a human white supremacist? So, it's a fascinating story and serious directors and serious films can make the most of dogs as well."

Mitchell also focuses on films that are all about dogs. The most popular likely being Christopher Guest’s 2000 mockumentary, "Best In Show" following a pack of eccentric dog owners as they compete in the Westminster Dog Show.

"What a film for dog lovers or anybody who's ever watched the Westminster Dog Show," said Mitchell. "It also feels like as much as Christopher Guest might be making fun, a little bit, of the dog show world there's a love too for these people and how much they love and care about their dogs."

While Mitchell covered films about dogs and dogs in film, we asked what film would be good for dogs.

"If I had a dog, I think one film that I would hope my dog would love would be something like 'Homeward Bound,' where it's really you see less people on screen and it's about the animals," said Mitchell. "They might really respond to it because it's not all these silly people and their dialog getting in the way. It's, watching these animals triumph and be the real stars and the main event."