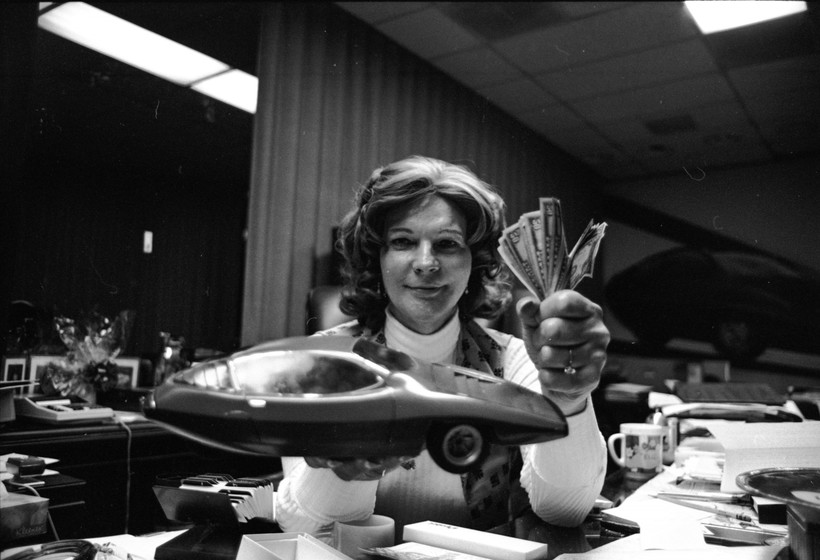 Liz Carmichael in her office with a model of the Dale. Photo by Colin Dangaard / courtesy of HBO.

The Lady And The Dale: The Stranger Than Fiction Life Of Liz Carmichael

"Liz Carmichael, in the words of her daughter, was born a farm boy who was too smart for his own good," recalls Zackary Drucker.

Drucker is the co-director and executive producer of the HBO docuseries about Carmichael, "The Lady and The Dale," which recounts her life as a transgender woman in the 1960s and '70, a fugitive from the law and a con artist car company executive.

"Liz transitioned in her 40s, in the mid-1960s, but was assigned male at birth and had a pretty mischievous and bombastic life as a petty criminal," Drucker explained.

When that criminal activity led to a federal counterfeiting charge, Carmichael, who was born Jerry Dean Michael, went on the run from the FBI with her fifth wife, Vivian and their five children. Soon after, she staged a bloody car accident to fake her own death.

"She did transition in that period of time, which was authentic to who she was and who she felt herself to be, but it also was an effective way to disappear," Drucker explained. "And sure enough, we didn't include this in the series, but we found in FBI files that were later unsealed, that in 1970 the FBI continued to pursue and follow Vivian."

"And they even note in their file that Vivian is now living with a woman named Elizabeth Carmichael. But they didn't have it in their imagination that Liz Carmichael was Jerry Dean Michael, the person that they were looking for," she continued. "So it literally says in these FBI files, Vivian is living with Elizabeth. No information can be tracked on Jerry Dean Michael."

While being interviewed for the series, Candi Michael, one of Liz Carmichael's daughters, recalled what life was like for her family during that time. 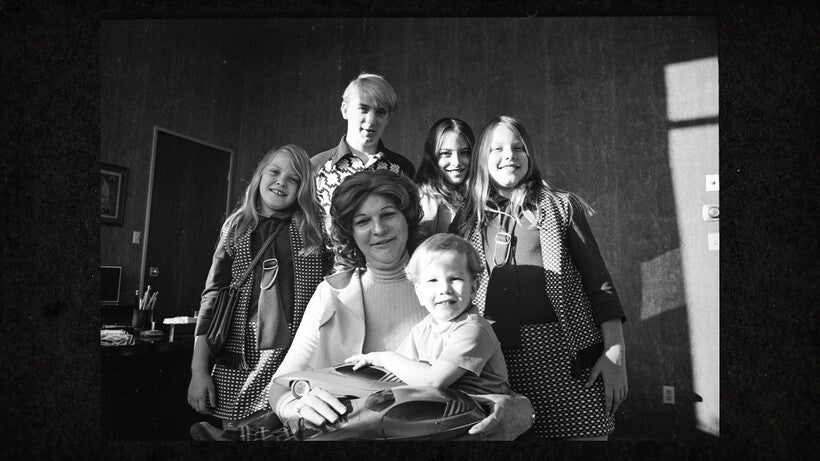 "To me, a normal thing was just getting used to a house and finally getting friends, and then sneaking off in the middle of the night. The kids piling in the car and winding up sleeping in the car on the side of the road 10 hours later in another state," said Michael.

"I would have a hard time imagining what that would be like as a child and how destabilizing it would feel," admitted Drucker. "They were a family on the run. They lived under assumed names."

By the 1970s, Carmichael and her family had made their way to Los Angeles. There, she met local inventor Dale Clifft.

Clifft had recently modified a motorcycle to make it weather-proof for year-round riding. The result was an enclosed cockpit on three wheels that was much more fuel-efficient than a standard passenger car.

He gained some notoriety riding this vehicle around," said Drucker. "Liz bought the option from Dale and took it and ran."

With the rights to the "Dale" in hand, Carmichael started 20th Century Motor Car Corp. She hired engineers, built a prototype, put it on display in the lobby of her new corporate headquarters, and began aggressively marketing the concept.

"Liz made so many outrageous claims about the car that it was kind of aspirational," Drucker said.

She claimed The Dale was made from a space age plastic several times stronger than steel, adding that she'd personally driven the vehicle in to brick walls at up to 50 mph without structural damage. She claimed the car was more stable than traditional four-wheeled vehicles and would average over 70 miles per gallon. 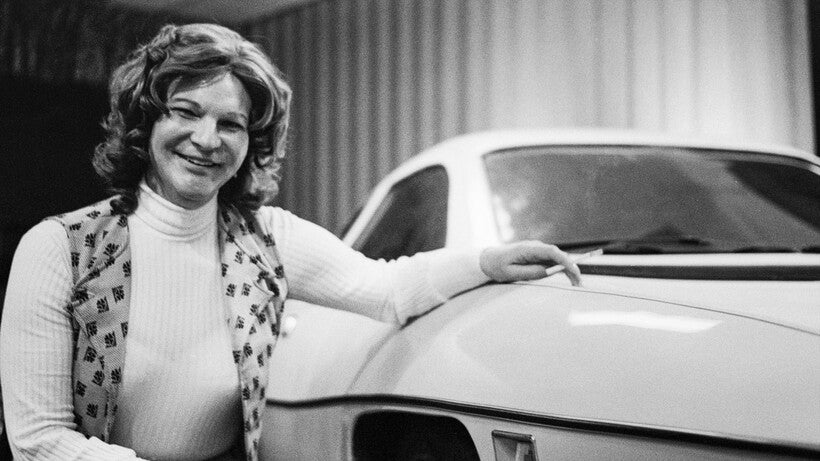 And with a price tag of only $2,000, the striking bright yellow, ultra-modern vehicle generated a lot of early excitement, even appearing as a prize on "The Price Is Right."

Carmichael began selling options on the vehicle, which was still in the prototype phase and not yet in production. In an interview during that time, Carmichael confessed, "Frankly, I never thought people would buy a car without driving it first, but apparently they will."

Behind the scenes, finances began to unravel as the money from advance orders was illegally funneled in to other areas of the business, workers were paid with stacks of cash, and shady characters frequented Carmichael's office.

"They, I think, were immediately skeptical about Liz's claims of the Dale and paid her a visit," said Drucker. "Ultimately, Dick Carlson is the person who outs Liz Carmichael."

In one of his reports, Carlson revealed that Carmichael was actually a fugitive named Jerry Dean Michael. Carmichael would soon serve a prison sentence for her old counterfeiting charge, and be put on trial for grand theft and securities violations relating to the Dale. 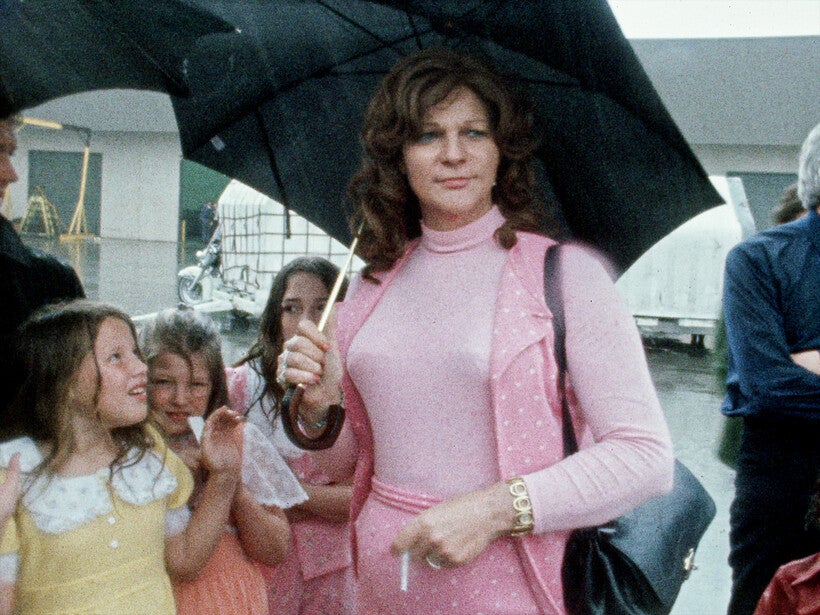 "Liz was in court for a long time in 1977, where it was kind of broadly asserted by the prosecution that the car in and of itself was a sort of criminal scheme," explained Drucker.

The trial actually lasted for over nine months, and Carmichael chose to represent herself.

"Ultimately, the car kind of becomes a surrogate for trans-ness, for the ways in which trans people are constantly called into question in the court of public opinion and constantly accused of fraud," Drucker suggested.

Carmichael was eventually convicted, but she didn't show up to sentencing, and her family went on the run again.

Authorities finally caught up with her over a decade later in Texas after her story appeared on an episode of TV's "Unsolved Mysteries."

Carmichael served an 18-month prison sentence for her crimes related to the Dale.

"After that 18 months, she went on and continued to put one foot in front of the other," said Drucker. "Liz's story to me is so inspiring because she is incredibly resilient and despite these incredible setbacks in life, she's able to rebuild and take care of her family over and over again."

After her release, Carmichael returned to Texas where she ran a flower business with her family. She died of cancer in 2004.

Reflecting on Carmichael's life, Drucker continued, "I should mention, I'm a transgender woman myself, and I am a deep enthusiast of trans history. And I was also skeptical about Liz at first."

So after digging in to Carmichael's life, identity, and crimes, how does she feel about Carmichael?

"I feel like Liz's story was so mired in the bias of the time, because that assertion that she was a man masquerading as a woman to commit a crime was so persistent," Drucker said. "It erased her from even being a part of our history."

"The story of Liz Carmichael and Dick Carlson is sort of a microcosm of what is today a debate that's happening around the world," Drucker said. "Fifty years ago, those conversations were in their inception and Liz was really thrown away like her story was exploited and then discarded."

"Social justice movements take decades, centuries," she said, "and we have a long way to go, but we've also come a long way."