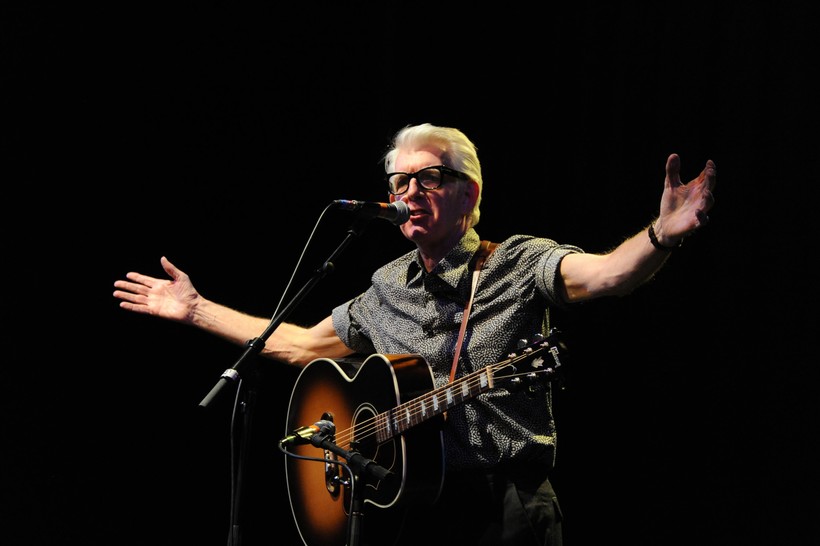 During the 1970s, Will Birch was a drummer for The Kursaal Flyers and The Records. He later became a record producer. Now, Birch has written the definitive biography of Nick Lowe.

Dubbed the "Jesus of Cool," Lowe is also known for his production work for Elvis Costello and his successful turn into a more stripped-down singer-songwriter. Birch chronicles Lowe's career in "Cruel to Be Kind: The Life and Times of Nick Lowe."

"I think that Nick's influences obviously are early country music," Birch told WPR's "BETA." "When he was a boy (in the 1950s), he grew up living to a large extent on Royal Air Force bases in Europe when his father was an officer in the Royal Air Force. So he did a lot of traveling as a child, and he often stayed at air bases where there were American airmen stations."

Birch explained that the radio stations at these air bases played music for the airmen. Then when Lowe attended school and college, he mixed with the crowd that was interested in mid-1960s soul music, such as James Brown, Sam & Dave, Otis Redding and The Temptations.

"So he was doubly exposed to both black and white American music," Birch explained. "And as he has said himself, I think some of his aspirations are to sort of fuse those two genres, if you like, to produce something of his own that's unique."

Lowe spent nine years as a member of the country, blues-rock band, Brinsley Schwarz. After leaving the band in 1975, Lowe launched a solo career with the release of "So It Goes" backed with "Heart of the City" in August 1976. This was the first single on the indie label, Stiff Records.

"It's not too hard to detect the influences," Birch said. "I don't want to accuse Nick of stealing, let's say, some of his tunes, but he'd be the first to admit he is influenced. And in 'Heart of the City,' you do hear quite a bit of the influence of Jonathan Richman and the Modern Lovers' 'Roadrunner.' But Nick made it his own."

It was around this time that Lowe formed the band Rockpile with Welsh guitarist, singer and producer Dave Edmunds and guitarist-singer Billy Bremner and drummer Terry Williams. One reviewer described the band as being fueled by the same energy source as the punks but being able to play rings around them.

"I would say if you want straight-ahead, fast rock 'n' roll with great guitar licks, harmonies and a fantastic, swinging drummer, I still don't think there's anybody on the planet who could have beaten Rockpile and probably not today. They were very, very exciting live."

Lowe's second solo album, "Labour of Lust," was released in June 1979, and featured accompaniment by Rockpile.

"It really, really benefited from Dave Edmunds' production skills and vocal harmonies and backing arrangement, whereas Nick might have sort of shied away from putting too much icing on it," Birch said.

The music video for the song was one of the first videos to air on MTV. It's a combination of real footage of Lowe's marriage to Carlene Carter, daughter of June Carter and stepdaughter of Johnny Cash, along with a reenactment of the actual wedding ceremony.

Lowe received a financial windfall after one of his early songs, "(What's So Funny 'Bout) Peace, Love & Understanding," was featured on the soundtrack to the 1992 movie, "The Bodyguard," starring Whitney Houston and Kevin Costner.

It was a cover version by the American jazz singer Curtis Stigers.

"Curtis's version went on the soundtrack album, and that album went on to sell millions and millions," Birch explained. "In fact. If you look it up, you'll find Arista Records claim it sold 45 million units worldwide, So one day the postman turned up with a rather large check for Nick."

This unexpected payday allowed Lowe to spend much more time writing and recording his songs. The result was a new sound, which combined country and soul influences in a much more intimate manner.  One of the most intriguing songs from Act Two of Lowe's career is a song called "I Trained Her to Love Me."

"It's one of my absolute favorite songs of Nick's," Birch said. "It was just a fantastic twist on relationships. And it's quite audacious. It's quite conceited, really. But with his tongue a little bit in his cheek, but not too far to take it to the level, where, 'Well, I made her love me so I could then ditch her.' is quite conceited, but it's got enough humor in it that he can just about get away with it."

"I remember the first time I heard that, it was a concert in London. He was singing solo acoustic in a big hall, The Barbican Theatre maybe, a couple of thousand people in the audience," he continued. "And he put it in the middle of his set and you could hear a pin drop. As you sat there listening to this song being sung to the audience, probably for the first time, there were men and women around, you could feel people like tightening up with, 'What's he saying?'"