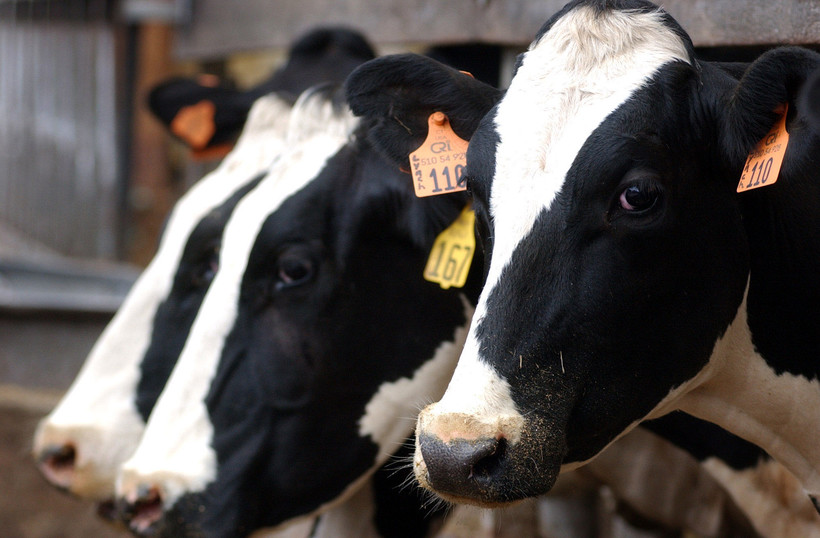 A controversial dairy farm in Kewaunee County is suing state environmental regulators over changes to its wastewater permit that strengthen groundwater monitoring and prevent the operation from expanding beyond its current size.

The DNR had initially included a proposal by Kinnard Farms that set a maximum limit of 21,450 animal units, or roughly the equivalent of 15,000 cows, as part of changes to its wastewater permit. Under the revised permit, the farm can’t have beyond 11,369 animal units or its current size of roughly 8,000 cows.

In the complaint filed Friday in Kewaunee County Circuit Court, the farm said the agency's decision to issue the permit was unlawful and should be reversed, changed or sent back for further review. Kinnard Farms said that limit was "unreasonably low" and affects the operation’s ability to remain competitive.

"If Kinnard is restricted from increasing its herd size, Kinnard may lose revenue associated with the sale of milk from additional dairy cows," the complaint states. "Moreover, because fluctuations in herd size are a normal and expected consequence of dairy farming, the animal unit maximum will limit Kinnard’s operational flexibility and cause it to incur higher costs."

The permit issued by the DNR requires the farm to monitor two fields where manure is spread that are south and west of the farm with three wells on each field. The permit also requires hourly water level and temperature monitoring for at least one well.

An attorney for the agency said it's typical for parties to seek judicial review and a contested hearing at the same time to preserve their rights for a court to review the matter in the event the DNR denies a contested case hearing. If the DNR grants a hearing, it's likely the court case would be put on hold until the contested case is finished.

Kinnard Farms argues it has enough storage and land to handle waste if the operation were to double in size.

"The Kinnard Farms family remains committed to regenerative agriculture and sustainability," Kinnard Farms said in a statement. "On-farm practices such as planting cover crops, limited soil tillage (known as no-till), sand and water recycling and more demonstrate our dedication to protecting groundwater in our community. We continue to invest in cutting-edge innovation to protect our environment."

Nitrates are the state’s most widespread contaminant and have been associated with birth defects, thyroid disease and colon cancer. Research has shown around 10 percent of the state’s 800,000 private wells exceed federal health standards for nitrates. Around 90 percent of nitrogen in groundwater can be traced back to agriculture.

Residents in Kewaunee County have struggled with drinking water contamination of private wells from agriculture for years. The region is susceptible to pollution from manure runoff due to thin soils and fractured bedrock that allow contamination to seep into groundwater more easily.

Clean Wisconsin staff attorney Evan Feinauer disputed in a statement that the farm could double its size without harming drinking water.

"There is no doubt Kewaunee families are facing serious water contamination issues and have been for years," Feinauer said. "This is about using science to understand what’s happening to our water resources and guide us to effective solutions that protect public health. Groundwater monitoring can help us identify potential problems that lead to contamination and also validate whether the important conservation efforts that are already underway are making an impact."

Jodi Parins lives outside of Algoma about a quarter mile from the farm's fields. She said installing groundwater monitoring wells is the only way to know whether agricultural practices are affecting groundwater quality.

"I believe the onus should be on the operator to prove that his practices are not contaminating people's drinking wells," Parins said.

Parins noted the farm previously said it had no plans to expand under the current term of the permit, which expires at the end of January. She added that the Wisconsin Supreme Court has already decided the DNR has authority to impose operating conditions on the farm.

Editor's note: This story has been updated to clarify the legal review process for the farm's case.