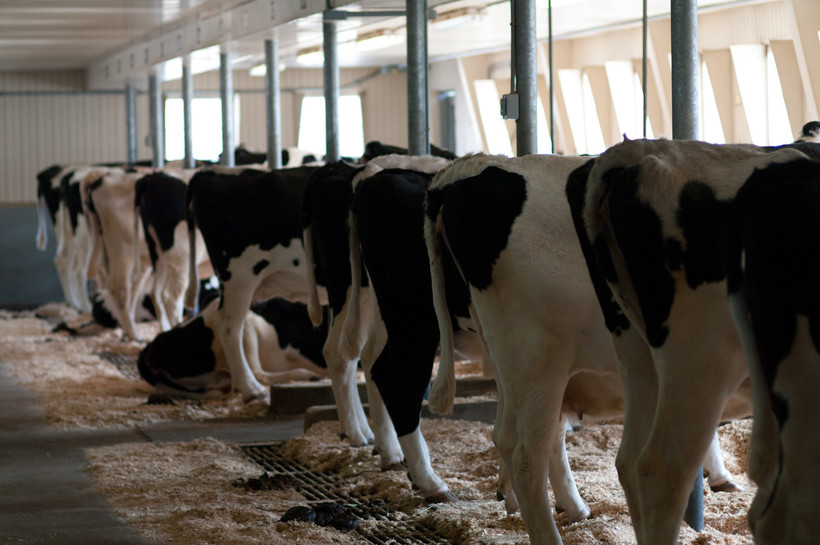 Kinnard Farms initially proposed a maximum of 15K cows under changes to its permit
By Danielle Kaeding
Share:

A controversial dairy farm in Kewaunee County won’t be able to expand beyond its current size under a wastewater permit issued Friday by the state.

The Wisconsin Department of Natural Resources initially approved a proposal by Kinnard Farms that set a maximum limit of 21,450 animal units, or roughly the equivalent of 15,000 cows, under changes to its wastewater permit.

Under the permit issued Friday, the farm can’t grow beyond 11,369 animal units or its current size of roughly 8,000 cows. The permit also strengthens groundwater monitoring at the site.

Residents in Kewaunee County have struggled with drinking water contamination of private wells from agriculture for years. The region is susceptible to pollution from manure runoff due to thin soils and fractured bedrock that allow contamination to more easily seep into groundwater.

Jodi Parins, a neighbor of Kinnard Farms, told WPR on Friday the permit delivers the kind of operating conditions that residents first sought around a decade ago. She expressed frustration with the agency over its initial approval of the farm’s plans.

"Shame on the DNR. They had all of the same information that we presented," said Parins. "They had that information to have done it right the first time."

"The animal unit cap is representative of Kinnard Farms’ future plans. It was stated during the permit reissuance inspection that the farm has no intent to expand," wrote Dix.

"We are pleased that the DNR listened to experts and chose to revise the draft permit to include commonsense clean water protections that respond to the serious and ongoing nature of groundwater contamination in Kewaunee County," said MEA Senior Staff Attorney Andrea Gelatt in a statement.

The permit now requires the farm to monitor two fields that are south and west of the farm with three wells on each field. The permit also requires hourly water level and temperature monitoring for at least one well.

In a March 15 memo, the DNR said the monitoring plan should account for the shallow karst bedrock of the area and recharge events to accurately determine the risk of contaminating private wells. A recharge event is when water is added to the aquifer following a storm or rain event.

"It is critical that the plan developed on behalf of Kinnard Farms include a component of continuous monitoring (hourly) for temperature, conductivity, and depth to groundwater," the memo states. "A sudden and drastic change for these parameters will identify when recharge events are occurring, and should be correlated with snowmelt and/or major precipitation events."

Kinnard Farms did not immediately respond to a request for comment on Friday.

The permit expires Jan. 31 of next year.