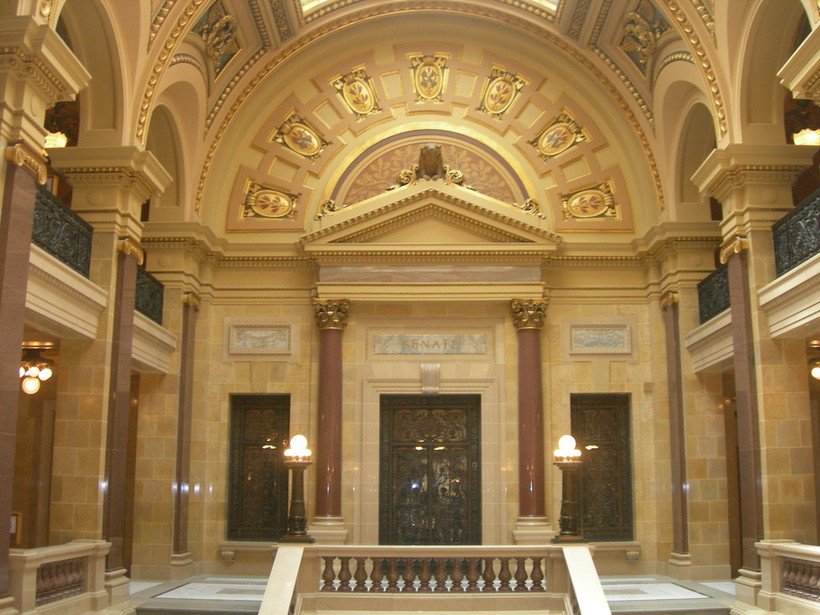 Bernier: Decision to leave office is not the result of pushback on her criticism
By Laurel White
Updated:
Friday, January 7, 2022, 3:25pm
Share:

An outspoken Republican state senator who has publicly criticized a GOP-backed probe into the 2020 election in Wisconsin will not seek reelection this year.

Sen. Kathy Bernier, R-Chippewa Falls, announced Friday she will not seek another four-year term in the state Senate. The announcement comes after Bernier, the chair of the Senate’s elections committee, has made several high-profile comments criticizing an investigation of the 2020 election spearheaded by Assembly Speaker Robin Vos, R-Rochester, and led by former state Supreme Court justice Michael Gableman.

A former local election official, Bernier has called the investigation "politically motivated" and "a charade." Gableman called on Bernier to resign late last month, in the wake of the comments, but the senator said Friday her decision to leave the Legislature is not a response to that pressure.

"I want to make it perfectly clear that no one has forced me out and politics has not played a role in my decision," she said in a prepared statement.

However, at an event announcing her decision to step down, Bernier denounced Gableman's comments against her.

"To go after me because of my opinion is shameful on his part," she said. "It was despicable, in my opinion."

Bernier said she hopes people will understand the intent of her criticisms of the taxpayer-funded investigation.

"It wasn’t to diss President Trump, it wasn’t to hide election law infractions, it was to focus on the future as well as addressing election concerns going forward," she said. "I am greatly concerned that we continue down this path to 2022 and beyond. Republicans are divided and need to coalesce and come together.”

Bernier argued Trump's refusal to accept the 2020 election results is harmful to her party and the country.

Earlier this week, Senate Majority Leader Devin LeMahieu, R-Oostburg, stopped short of endorsing Bernier’s criticisms of the election investigation, but said he supported her continuing in her role as chair of the chamber’s elections committee.

In a prepared statement on Friday, LeMahieu praised Bernier's years of service in the Legislature.

"Her legacy of public service has left an indelible mark on her district and our state," LeMahieu said.

Bernier, 66, said her decision to leave politics was motivated by a desire to spend more time with family. She was first elected to the state Assembly in 2010 and served several terms there before being elected to the Senate in 2018.

The election investigation recently expanded its scope, sending subpoenas to additional state and local election officials and government staff over the holidays. Vos said earlier this week he has reached a verbal agreement with Gableman to end the probe by February, though a formal contract with those terms has not been signed. The taxpayer-funded investigation was initially expected to be complete last fall.

The inquiry comes after Wisconsin completed a statewide election audit conducted by the Legislature’s nonpartisan audit bureau, a series of routine state audits and a presidential recount in the state’s two largest counties. None of those reviews have uncovered widespread fraud or wrongdoing. There have also been numerous Republican-backed lawsuits in the state, all of which have failed to result in findings of wrongdoing by election officials or voters.