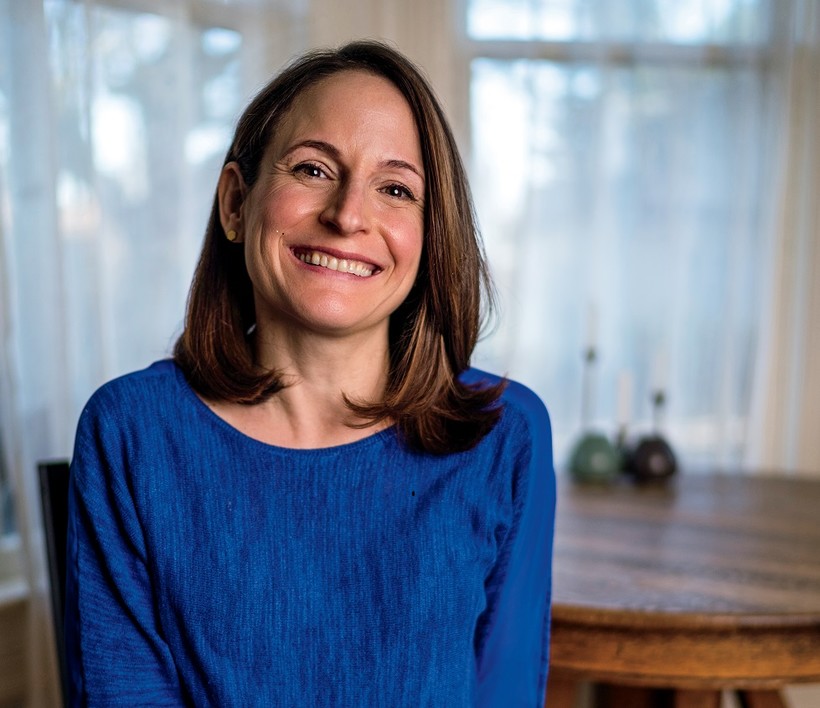 Karen Russell is a MacArthur Foundation genius. Her novel "Swamplandia" was a Pulitzer Prize finalist. Now, she has a new collection of short stories, "Orange World." Her stories are often surprising and surreal and many of them deal with nature and the physical world.

"You know, it’s a funny thing with a collection," Russell told WPR's "BETA." "I think for the first couple stories, you’re just kind of rediscovering what your preoccupations are. And part of the thrill of kind of working on stories over this kind of long stretch of time is you start to see what notes recur and then you can kind of consciously build out these connections."

So much of Russell's fascination with the natural world is a result of being born and raised in Florida.

"There’s a picture of my siblings and I watching this albino peacock walk down our stree," Russell said. "This was just like a normal occurrence. We lived right by the water and we lived by this mangrove estuary that we called 'the muck.' And what was exciting about that place as a kid, it was like a little swamp in microcosm, sort of. But totally liminal place, very unclear where the land ended and where the ocean began. And our neighbor had kind of this muddy canal running behind his house, which you know, as a mother now, it would terrify me to let my kids play by."

Most of the time when Russell is creating a short story, it's the setting that comes first.

"I think maybe in my first collection ("St. Lucy's Home for Girls Raised by Wolves"), there are a few more stories that begin as kind of 'What would happen if?' counterfactuals," Russell said. "But really I think I need to have some sense of the landscape before I feel comfortable starting anything. I mean, even before I know the characters. Sometimes I need to kind of have a sense of, you know, what setting am I going to cordon off in this particular story? What’s the world going to be?"

One of the eight stories in "Orange World" is called "The Bad Graft."  It was inspired by the myth of Daphne and Apollo from the Roman poet Ovid's Latin narrative poem, "Metamorphoses."

"So Apollo chases Daphne and she makes this kind of cruel existential bargain where she survives but it’s by becoming a tree, which just felt very resonant to me as kind of a strategy that many people use, if you want to extend the metaphor to what we see people do kind of after, when they’re threatened, when they’re traumatized," Russell said.

Russell wanted to reverse this myth and imagine what it would be like if a tree made a leap into a human woman. She was thinking about this idea for a while before she went on her first date with her now-husband to Joshua Tree National Park in Southern California.

"I just felt completely resized and terrified in a wonderful way by the desert," Russell recalled. "I had never seen this particular desert before. And I thought it was thrilling."

Russell described the story as, "kind of a love triangle between a very young couple that are on a road trip. They think that they’re going to be vagabonds and wanderers. And then on this trip, the girl pricks her finger on a Joshua tree, there’s this uncanny merger, she is infiltrated by the plant’s spirit, and the story proceeds from there."

"The Gondoliers" was one of the most challenging stories for Russell to write. She said that working on it nearly broke her because she was committed to the wrong trajectory and the wrong point of view for a while.

"But the world of the story has always been the same. And it’s a drowned South Florida in a nearish future. And it’s told from the point of view of one of four sisters," Russell said. "They’re sort of these mutant women who have evolved and consciously evolved this ability to navigate the canals of this new Florida by echolocating. So they sing and the echoes of their voices return to them kind of a map of submerged objects and obstacles. And they’re able to sort of anticipate what the river is going to do next and move with it. I love the idea of these kind of chorusing women with this secret power that’s developing inside of them and between them."

The title story, "Orange World," is about a woman named Rae who has a difficult pregnancy and makes a deal with the devil to ensure that her son will be born healthy.

"The deal is that as long as she nurses (the devil) every night, he'll make sure that her son doesn't die," Russell said. "Part of the horror in the story for me, I don’t know that I had been connected before to this sense of animal pleading. That’s not just limited to new motherhood. I think anyone who has ever been in that bargaining room where you’re suddenly evicted from your ordinary day and you find yourself just on a threshold where you are pleading with whatever is listening to help a loved one or to help yourself, right?

"That state has to be universal, I think, and I have been just thinking more globally, you know. You see the way that fear makes people very vulnerable to all kinds of exploitation and control. So for me, this story really, it’s pretty literal. You know, there is like this actual scabby devil that keeps showing up in this woman’s gutter."

Russell is often asked a lot about fantasy versus realism and she thinks that this binary strikes her as reductive and phony, "because if you’re trying to write about anything at all, it’s to come at the complexity and strangeness of this life."

"I think some of those distinctions start to break down a little bit for me," Russell said. "And for these characters, it’s true that they’re inhabiting some alternate world where a tree spirit can possess a woman’s body or you can dance with ghosts on a mountainside or a devil might show up outside your house. But particularly with 'Orange World' (the title story), I really felt like that was emotional realism. And if there’s a devil inside it, it’s just in the service of telling a true story."